Strange to think that such delightful little chicks will grow into great ugly, daft, delectable, free-range and organic Christmas Dinners.

What's A Body To Do?

So here I am with this blog that I can hardly be bothered with. My life has come to a stand still and I have nothing to write about any more.
For instance, take today. I was wakened at around 5am with my chest, my throat, my sinuses and went downstairs to make a cup of tea. Returned to bed with said cup of tea, went through a mountain of tissues and fell asleep until 11 o' clock. I had noted earlier that there was no evidence of an amazing sunny day (as promised) so seemed little point in getting up.
Due to Bert also sleeping in, the pigs and hens also had a lie-in. I dragged myself out and sorted them out. They were very forgiving of our tardiness.
Today I wanted Matty. Although, prior to her diagnosis, I had often been exasperated by her obssession with her health, the good side of that was that she was most sympathetic to any ailments her children suffered from. Had she been around, and relatively well, she'd have been advising me to take it easy, get medicine, look after myself. I found myself missing that so much. So I went to visit her. even though I knew it was almost a pointless exercise because she wasn't there in the graveyard beside St Comgall's. But I brought flowers from the garden, picked the nicest roses, weeded the Herb Robert from her plot and did a bit of thinking and crying. Those flowers will probably only last a couple of days but it's the thought, isn't it?
Then I called with the young brother who has had a misfortune. His motorbike got smashed in an accident on the A26 this morning. He seems to have got away with bruising but he has a dodgy back and I'm worried about him. Matty would have been terribly worried too. That's roadworks. Two roads closed with no notice to the residents. OK - it probably was in the local rags but who reads those? Except sad sacks like me who are supposed to be seeking paid employment.
So really I should get a grip of myself. I've got a cold. Our Joe's bike is smashed, he is sad and sore. Cousin Joe has just come through brain surgery and one of the priests who officiated at Matty's funeral (also a local lad) has had a devastating stroke. So I've little to complain about. But if I could have just one kind word from Matty I'd be OK.
Posted by Nelly at 8:17 pm 5 comments: See Bert on his new (to him) toy. That meadow won't know what hit it.

Judy won't need to do as much leaping through the long grass as she's been used to doing.

Bonnie? She doesn't do leaping. She just does 'ponder' and 'sedate.' 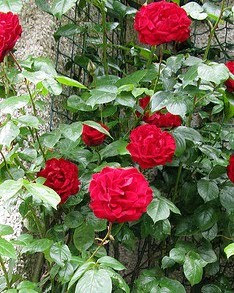 Hurrah for the days that aren't too depressing. Today was such a day, even though I had to 'sign on'. At least the Job Centre, or whatever you call it these days, is not as dreary as it used to be.

I had Martha today and I also had Hannah. When 'Ha!' is around Miss Martha doesn't pay me too much attention but that's all right. We also had some surprise visitors, Sylvie and Maggie, both around six or seven, and Martha was thrilled to be hanging out with the big girls. They had fun with the dogs, fun with the car, fun with the pigs, fun on the gravel pile and fun on the swing.

I did teach Martha how to blow her nose on rose petals. I'm sure she thinks now that that's the proper thing to do.

Bert had hive work to do but sensibly left it until after all the girls had gone home. Just as well as he enraged the bees again. I spotted him racing past with a cloud of the little buzzing bastards pursuing him. As usual he didn't gird his loins as well as he oughta. He wore the protective smock, veil and gloves but did not protect his nether regions. The bees flew up the legs of his jeans and he had to race to the poly tunnels and debag. He was commando as well so think of the risk he was taking and imagine, if you can bear it, the sight of Bert wearing nothing but a beekeeper's smock. Thankfully no one was around. I wish I'd been out there – with my camera. I might have had to do a bit of pixellating for decency's sake.

Did you not tuck your trousers into your socks and wear boots?

I was only putting a honey super on for them.

Bert thinks that if he's just going to be working with the bees for a short time that they'll not attack him. This, despite the fact that they always, always do. At least they only stung him on his shins and calves. Six stings in all and still no honey.

I Lost My Mojo

Since Matty died I have found myself short of inspiration for this blog. Sometimes I get an idea about something I want to write about but the flow isn't there. I can't seem to write from the heart any more as there are others affected by her death just as I am.
A friend told me that after her last surviving parent, her father died, she became obsessed with thoughts of her own mortality and she found this very difficult to deal with. I remember that she was extremely concerned about her two sons, both still at school, as to how they would manage if she were to die. She said she found these feelings more manageable as time passed.
And so it goes. Now I'm obsessed with death and illness too. I should be grateful that my immediate family are all well but I find myself fearing what might happen to the people I love.
Our extended family is a large one and as I've written before we received an enormous amount of support from them when Matty was ill. This week we heard that one of our cousins has been struck by serious illness. If you believe in prayer please add to yours our dear cousin and his family.
Posted by Nelly at 10:34 pm 1 comment: my parents at home, originally uploaded by NellyMoser.

Every day was Father's Day when Daddy lived at home.

I've been feeling rather depressed recently - the weather, orphanhood, stuff like that. Yesterday I got called upon by two distressed people who needed my support, so I decided I was fed up of being in a funk and that I would make a big effort to crawl out of the slough of despond.
So today I gardened. I gardened for six and a half hours.
I edged.
I weeded.
I trimmed.
I divided.
I tied up.
I watered.
I fertilised.
I potted on.
I made two little planters for Matty's grave and I took lots of climbing hydrangea and vitis cuttings.
But I missed the little snips we used to have when Dee Mac was here. They were dinky little sharp things that could do delicate work when it came to taking cuttings. You could put them in your pocket and occasionally when you'd move or bend they'd stick into you. They'd give you just a little prick - no harm done.
I decided to seek them out on the internet which, incidentally, seems to be on a go-slow today. I tried Amazon. I found just what I wanted. I tried to buy them and I wasn't allowed! They are apparently too hazardous to send to Northern Ireland or the Channel Islands. I daresay I could kill someone with them but it would take ages and to tell the truth I've got much scarier sharpishness in my kitchen drawer.
Posted by Nelly at 10:23 pm 6 comments:

Email ThisBlogThis!Share to TwitterShare to FacebookShare to Pinterest
Labels: gardening

So Much For Summer 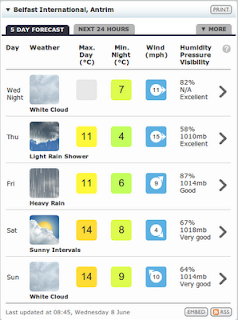 I try not to complain about the weather but this is getting ridiculous. I'm thinking of unpacking the thermals. Although we did just have a recent heatwave - it was on Friday last and I spent it in a wheeled tin box travelling to Kerry.
My paeonies, foxgloves and aquilegia are all battered down with the rain, the bees are eating all the honey themselves and I still have to water the vegetables in the poly tunnel. I found a dead bird by the lane today. I think it must have drowned.
Posted by Nelly at 8:17 pm No comments:

On Friday I spent 8 and a half solid hours with my youngest brother and his dog. This has never happened before. 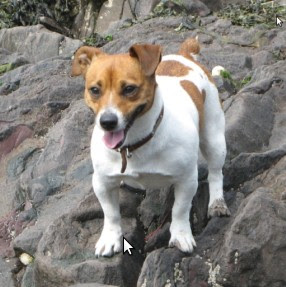 The Brother's Dog
On Saturday I found myself somewhere West of Dingle with two sisters, a brother-in-law, a niece and the afore-mentioned youngest brother. The occasion was the half-century of one of the sisters. She threw a party and invited people from six to 60. Sadly for the niece the twenty-somethings were in short supply so she went to bed earlier than the rest of us. I think I stayed up until after 5 a.m. 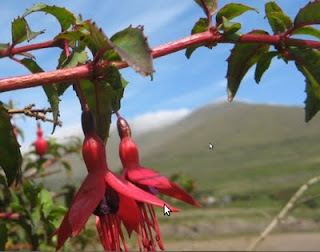 Somewhere West of Dingle
On Sunday I spent eight solid hours with the youngest brother and his dog. On the way down on Friday we baked and on the way home we shivered. Yet we still ate ice-cream on both of our journeys. We probably spent more time together on that trip than in our entire previous life. I think I like him. I certainly like his dog.
On Monday I spent the afternoon with Miss Martha, her parents and her dogs. She was still a little surly from her recent illness and was not as demonstrably thrilled with the dress I bought her in Dingle, as I had wished for. I'm not worried. I know she will come to love it. 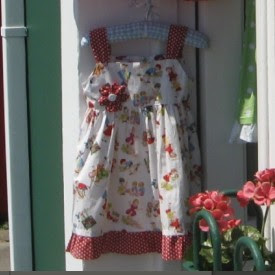 Dress For A Precious Little Miss

Apparently, in these times of austerity, there are folk with a bit of ground to spare who are letting out allotments to keen vegetable growers. Most people these days only have pocket handkerchief gardens. It's not like the olden days when it was assumed that folk would be raising their own carrots and cabbages in their back gardens. Nowadays the average back garden allows for a rotary clothes line and an oil tank. No room there for a veggie patch.
We are people with a bit of ground to spare but you won't catch us making money from the landless. No - we are people with a bit of ground to spare who like to share. Currently we have three households gardening at Nellybert's. One are family, two are friends. Things can be a bit haphazard at times. The Co-op should have a plan but we're winging it mostly. We hope that we'll learn lots from our errors this year and move on to bigger and better next year.
We also have an independent gardener, not part of our Co-op. He's rather close to the bees and the bees hate him. I really do hope those buzzing brutes don't drive him away.
I like having people around the place. It feels right. Next time we raise pigs there will be more folk involved and we definitely need more hens. Life is not just about money. It's also about working together and sharing.
Posted by Nelly at 11:09 pm 3 comments: