The Man From Nowhere and Other Stories

I often heard Matty refer to my father's paternal grandfather as 'the man from nowhere.' It is true that there does not seem to be much information about him, or where he came from. It does not help that his name, John Byrne, was very common in Ireland. Imagine then my pleasure to come across this little snippet on the internet. It's from the Catholic Journal, an American publication. This section was titled, 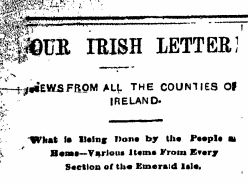 Good to know that the priest picked an apt subject for the sermon. "Death" always goes down well at a funeral. I'm also glad to inform readers that the little church in Tannaghmore is still as neat as ever it was. And it pleases me to know that my ancestor was charitable as well as mysterious.

But the death of a man, no matter how mysterious, is still a humdrum affair and I was glad to read other lively snippets from the island of Ireland.

Longford folk came across as lively enough. The Widow Boyle certainly displayed a zest for living.

And Michael Fury does not care a fig for the government of the day. 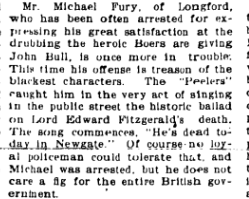 Nor did the Kerry people care a fig for the Royal family.

There was more of course. So if anyone wants to know what the nuns, the priests, the plain people of Ireland and the United Irish League in Drumkeeran, Leitrim were up to at the turn of the 20th century, here is the link. Enjoy!
Posted by Nelly at 8:26 pm 4 comments:

Remember How We Forgot - by Shane Koyczan and Hannah Epperson

We Were Actually In A Muddy Puddle


Martha and Evie's primary carers might like to see how the girls pass their time at Granny's house. As always Martha keeps it stylish with her silver handbag.

After I had given Evie a bath and dry clothes, and while I was carefully hand-washing the pink stuff, for that was a very muddy puddle, she bolted and fell in another muddy puddle. No shortage of squelch and mud around these parts.
Posted by Nelly at 10:00 pm 6 comments:

Another Week Passes By

A whole week without blogging a thing!

I'm in the post-Christmas doldrums. The thing is, sometimes Nelly's Garden feels a little too full. I could write what's in my heart but then someone might read it who might be hurt that I didn't talk to them face to face.

I've been grumpy recently, not sleeping much and have not been getting on well with folk. I'm good with Bert though so that is a blessing.

Going to dust off the SmartPass tomorrow and head to Belfast. Maybe buy some books and do a bit of walking, clear away the cobwebs.
Posted by Nelly at 7:37 pm 9 comments:

Where did I ever find the time and energy to blog every day? Here is a catch up.

I was very tired. All our guests went home except Hannah who went to bed early. Bert and I had a quiet and uneventful night in front of the television. It was blissful.

Martha and Evie were here for the day. Three of us to look after them! That meant they got to run wild as each of us kept thinking someone else was in charge. At one point I found them in the dunghill splashing happily around with Ziggy. Thankfully they had their welly boots on. Ziggy had to be showered which was a lot of fun for everyone except Ziggy. 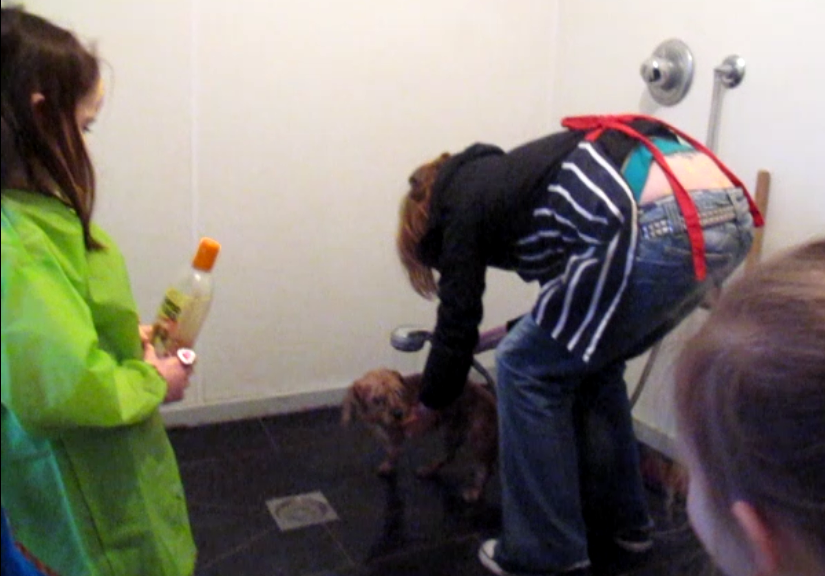 Later that evening we all went to the Alternative Medicine Theatre pantomime. It was Robin Hood and the Babes in the Wood. Martha instructed me to war a lovely dress and Bert to put on nice, clean clothes. We obliged. She herself wore a lovely dress, a sparkly ring, lip gloss and a dab of perfume to mask the faint aroma of dung. There had been no time for a bath. Evie and Zoe wore jeans despite Martha's protests. Martha's Dad was allowed to just wear his clothes. I think she must consider him a lost cause.

The pantomime was great fun. Martha was suitably unnerved by the Sheriff of Nottingham but enthralled by the Spirit of the Greenwood (a fairy). Zoe and Evie did not stay for the entire show as Evie was extremely tired. Afterwards we met the cast. Martha was still not sure about the Sheriff but she was delighted when the Spirit of the Greenwood admired her ring.

Spent all day cleaning house. Jakers came round and he and Bert spent the afternoon playing tin whistles. I picked up Ben and Jazzer for they were needed on Saturday.

I phoned a good friend who had a hospital appointment that day. He had worrying news. Nothing definite but huge cause for concern.

On Saturday we had our long-planned Day Out In Belfast. Jazzer stayed behind to look after Pearlie while Nellybert, the girls and Ben headed for the Big Smoke. Martha has requested we go to the Ulster Museum and that's what we did but of course we visited the Palm House and the Tropical Ravine in Botanic Gardens as well. 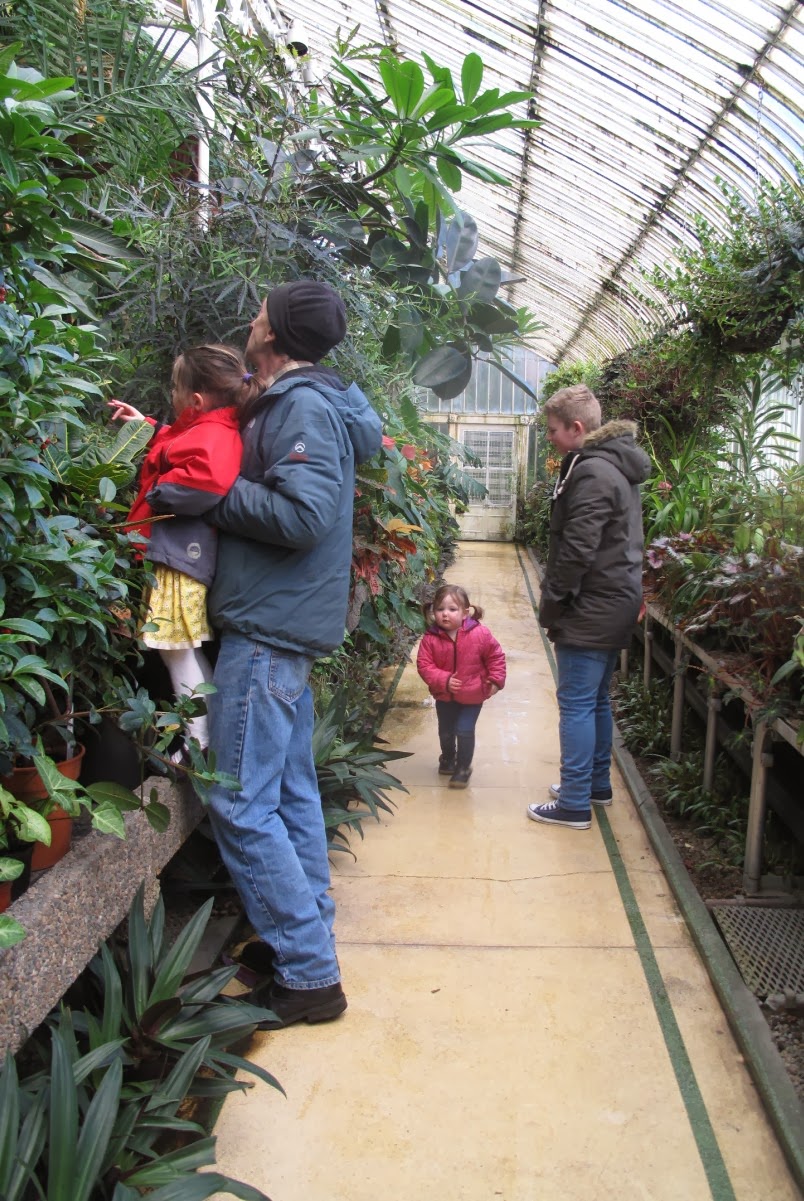 Martha and Evie love the Ulster Museum and are fairly regular visitors. It has been two years since Hannah and I were there with Martha and I don't expect she remembers it. These days she is the Boss Of The Ulster Museum and knows where everything is. We had a lovely afternoon but I was so tired. I was glad to have Ben and Bert to help. 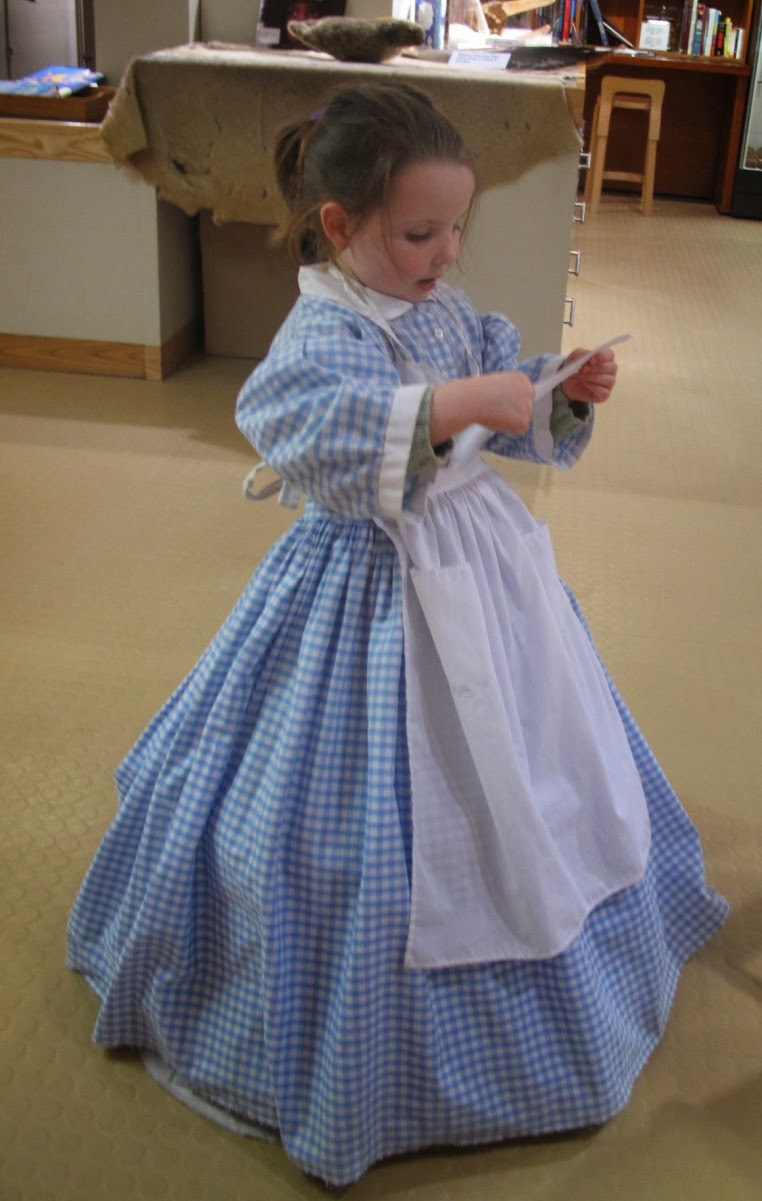 Martha spent ages in this costume. She was with Ben when she first spotted it and another little girl attempted to take it. Martha had a tight grip on the outfit and a determined expression on her face. The other girl had to give in. Poor Ben couldn't cope. He turned to me and said, I can't handle this. Can you take over? I got her into the costume and added a hoop petticoat. Martha was in another world. Didn't matter that the room was full of other children, that there was lots going on, that it was noisy. She dipped those skirts and floated around, another girl altogether. 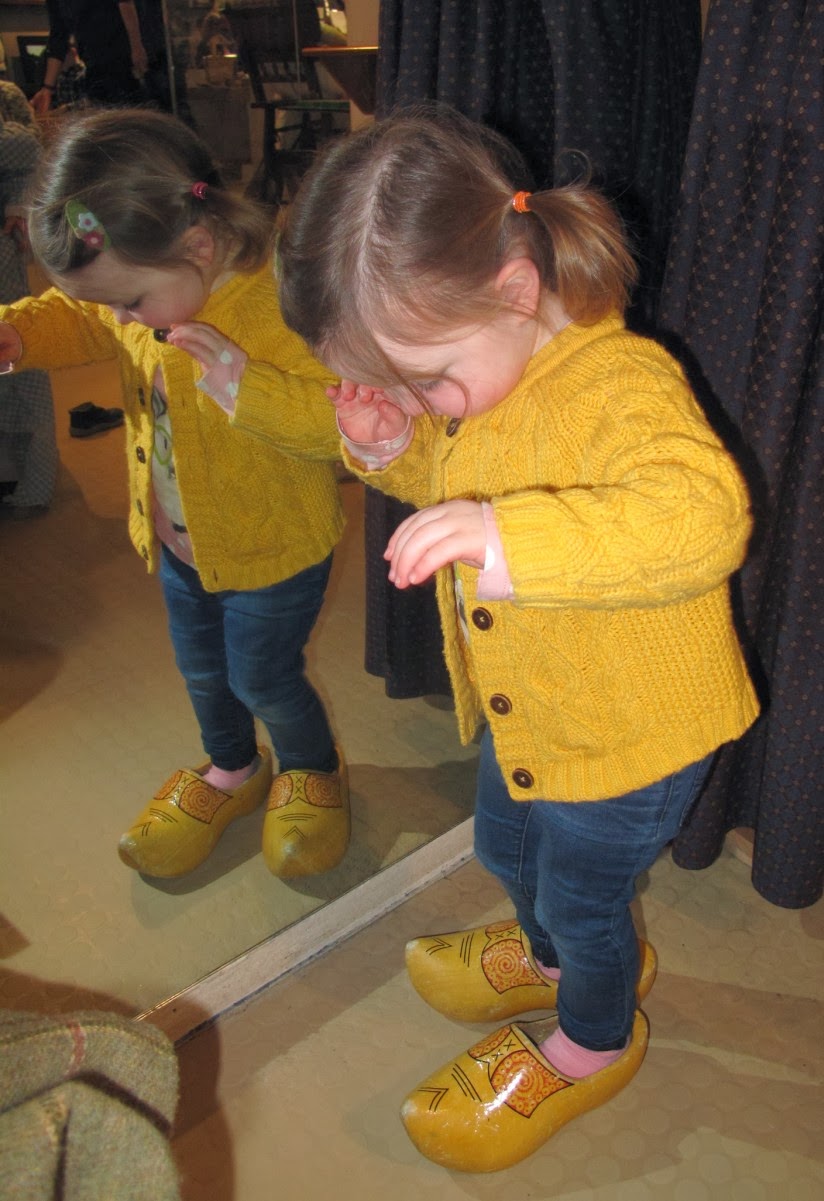