Here is a thing I have noticed. It is this - if something good happens about which I am pleased and excited then, soon afterwards, I start to feel the opposite. For example - yesterday I received my SmartPass which means I now travel free on all bus and train networks within Northern Ireland. I put the paperwork in six days ago and was told it would take three weeks. It was six days. So I was feeling pretty good. Now I had the freedom to go wherever I chose. It certainly fitted in with my intentions of Getting Out A Bit More.

Then, the very next day, this thought entered my head. "You are sixty years old and what have you achieved? You're never going to amount to much now. Thought you were going to write something decent. That's never going to happen now! You haven't even made a start on that patchwork quilt you were saving fabric for!"  Of course I put this negativity far from my mind. Sort of.

Ach well. What is the point of beating up on myself? I had a lovely day with my girls today and I made some wine and cleaned out a couple of cupboards. I created a good dinner. Tomorrow I shall make plans to use my SmartPass. I'm thinking of maybe going to Belfast to observe the protest. Or perhaps I could go visit the City of Culture. I wonder which would make me feel more positive about life?

Email ThisBlogThis!Share to TwitterShare to FacebookShare to Pinterest
Labels: SmartPass

Do You Remember Where...?

When I was ten I could never have imagined being fifty years older. To my young self it seemed an unimaginable, unbearable thing to be old. I was sure that I'd never see it. Nor did I care, because back then, even being twice ten, seemed aeons into the future.

My father would have been 44, my mother 37, John F. Kennedy was 46 and his wife Jacqueline 34. Irish Catholics were, at that time, tremendously proud of President Kennedy. It seemed a great thing to my parents' generation that an Irish-American Catholic was the 35th President of the United States of America. We Catholics might be getting treated as second-class citizens in Northern Ireland but, at least, one of our own was the leader of the free world.

It was dark when the news came. Daddy was feeding cattle in the byre and Mammy sent me out to tell him. I knew it was serious news but was still surprised at Daddy's reaction.

President Kennedy has been shot.

His poor face crumpled with dismay.

After the assassination Kennedy's portrait was hung in many an Irish home. Our neighbours even had a portrait of Pope John the 23rd, JFK and Bobby Kennedy, all in profile, hung in their kitchen. As the younger Kennedy died 5 years later I must have been 15 or 16 and I remember thinking it was terribly kitsch.

Time passed and the Kennedy lustre faded. As rumours and scandal emerged the Kennedy icons were quietly removed from kitchen walls. I was far too young to revere the family so experienced none of the disappointment that the older folk felt.

It used to be said, do you remember where you were when you heard the news that Kennedy was shot? I surely do. It takes me right back to the Murphystown Road, on a cold dark November evening when the warmth and light of our Irish-American dream began to evaporate. A strange time for a child. Two evenings later and we were visiting the McAuleys and the grown ups were full of the news. The television was switched on to see the latest and it was then that I saw that Kennedy's alleged assassin had himself been shot and killed whilst in police custody.
Posted by Nelly at 9:57 pm 4 comments:


Christmas is coming, the goose is getting fat
Please put a penny in the old man's hat
If you haven't got a penny, a ha'penny will do
If you haven't got a ha'penny, then God bless you!
Miss Martha is getting very excited about Christmas and at nursery school they are planning to put on a Nativity play. I believe she heard the story of Jesus' birth for the first time today. It can't have been that convincing.


On the way home I taught her the Christmas Is Coming rhyme. She liked it. Kept getting me to repeat it.


There were lots of questions.

Why is the goose getting fat?

So that people can eat it at Christmas. Who wants a thin goose? It needs to be fat and juicy.

Old money that we don't use any more.

Something nice that people say to each other.


Later, when painting, she was creating a Nativity scene. The stable was pink.

Granny, what colour is a camel?


Martha loves mixing colours. She knows how to make pink. Lots of red and lots of white. Her palette is enormous amounts of pink and little daubs of the other colours. We tried to make orangey brown with pink, yellow and black. It didn't look right. I cried off claiming I needed 5 minutes alone with my coffee and no interruptions. Martha declared that orangey brown needed green to make it work. So she finished off with a pink stable, an orangey browny greeny camelly creature and some clouds. No Baby Jesus for he's not real.
However Santa Claus is very real indeed.
Posted by Nelly at 10:01 pm 2 comments:

Getting Out A Bit More

I'm off on my travels again tomorrow. This time going to Hanna's Close in Kilkeel with the grandchildren and their parents. I'm getting out a bit more these days. The reason is, when I was in Vancouver I realised that putting poor old Pearlie into respite for eight weeks a year was not the best way of getting respite from our situation. She had started to hate the disruption. To tell the truth, she was not fit for the upheaval neither physically or emotionally. When I told her, back in August, that we would not be sending her to respite care any more she beamed. I said,

We think you are getting too old for it.


Her look seemed to say, You have noticed. You have caught on at last!

Since then she has been noticeably happier and she has a much sweeter disposition.

And Nellybert? We're getting out a bit more and it is great. Pearlie stays home all the time and now and again we clear off. Sometimes we even get to go together.
Posted by Nelly at 10:36 pm 6 comments:

Email ThisBlogThis!Share to TwitterShare to FacebookShare to Pinterest
Labels: getting out, Pearlie, respite

In the past three weeks I have bottled 5 gallons of wine (30 bottles), racked 21 gallons, poured one gallon down the toilet and started one gallon. It is almost like having a job. I also drank some and gave some away to delighted and grateful  recipients.

In other news I am going to Leitrim tomorrow and will be accompanied by Miss Martha. My packing is nearly completed and hers is done. No doubt her mother will send some stuff too but I've got the important things taken care of - a choice of car seats, games, paints, books and a Snoopy dog. She spoke of her dressing up box but I don't think there will be time to dress up. I have packed The Tailor of Gloucester. I only read it for the first time yesterday and must admit that I found it very heartening. I think Martha will like it. 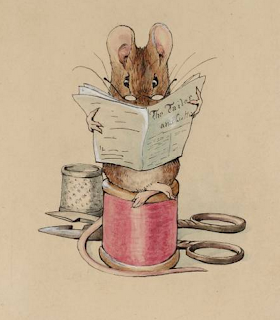 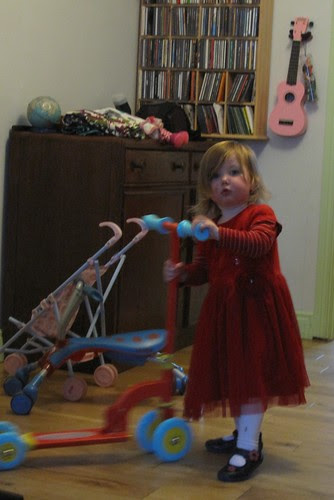