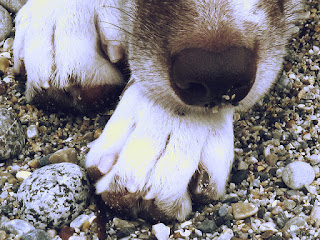 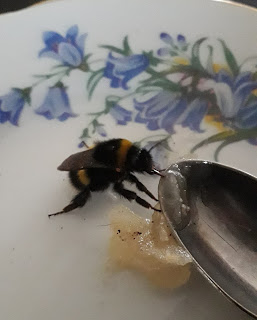 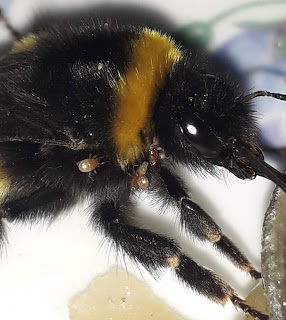 And that is the new thing that I learned today. I put the bumblebee in the garden near some flowers and left it and the passengers to get on with their lives.
Posted by Nelly at 9:20 pm 3 comments: 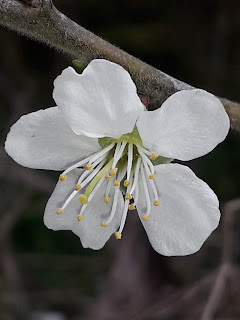 Spring's here. Which is, I suppose, a good thing.

The clocks will soon go forward, the evenings will be longer and there are seeds to be sown. I can hope again.

Yet - everything feels wrong. I am filled with anxiety and am comfort eating like a savage. My granny jeans (Gap) feel tight and so does my chest. The doctor says I probably have a mild infection and has prescribed an antibiotic. That's a week ago now and I haven't picked it up. I should, even if it is only to tuck it away for a time of greater need.

And I cannot find the kitchen tiles I like. And my garlic isn't thriving and my friend's little bantam rooster died while I was looking after it. And Brexit. And Scott Walker died.

Maybe tomorrow will be better.
Posted by Nelly at 11:29 pm 4 comments:

There was New Zealand. Thoughts and prayers obviously. Except I think we don’t actually do enough thinking. I’m thinking that the right thing to do would be to stand up to hate, to fearmongering, to lies. Let no-one away with it. Prayers are OK. Let’s pray that the world becomes less hateful, less fearful and more truthful. Let’s start with our own selves.

There was Cookstown. A local incident but still shocking and horrible. Thoughts and prayers? There will be plenty of those this Friday when the three young peoples’ funerals will be held. Such a waste of promising young lives and such sorrow for those left behind. 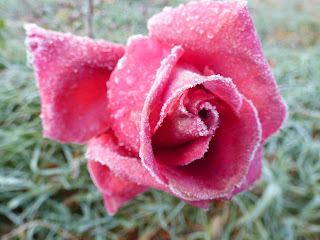 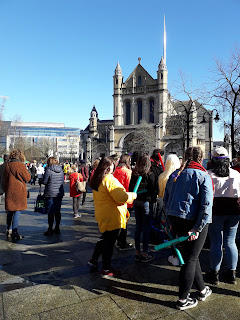 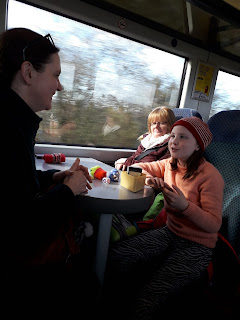 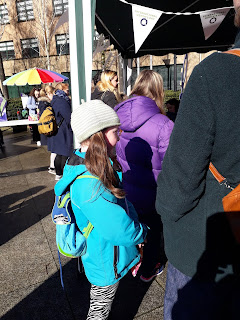 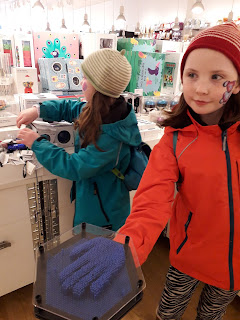 My second conversation with a stranger in the next post. She spoke violently and rather than sloping off, she stormed. All I could do was laugh.
Posted by Nelly at 10:32 pm 2 comments:

For several months now I've been reading 10-12 books simultaneously. I was inspired to do this by Will Self, who in answer to the question,

What are you reading currently,

Before I read digitally, I’d be reading perhaps 10 books simultaneously – but now I read as many as 50 at once...

This intrigued me. I don't read digitally apart from journal and newspaper articles so thought that 10 would be a good number to start with. So far it has worked out well.

Since embarking on this project I usually have ten on the go, never more than thirteen. I have a system (I love systems) where I aim to read three of the books every night. If there is time, and there usually is, I read three in the morning. That way each book will get picked up every other day or so.

When a reading session is finished one book is retained, the one I am most eager to go on with, and two will be returned to the back of the queue and two picked from the front for the next session. This method has increased my reading dramatically and I have completed more books in 2019 than I'd normally read in half a year.

The books are a mixture of fiction and non-fiction and there is normally a couple of very light reads among them. These light reads are not necessarily the most enjoyable but I usually persevere.


Half of the books are from the local library, one is a new book (Milkman) and the other five are second-hand. I got Jazz in Amsterdam.  Varina and Human Traces I'm reading after Bert. He loved both. Almost finished Hideous Kinky and have just begun Simpson and McGann. 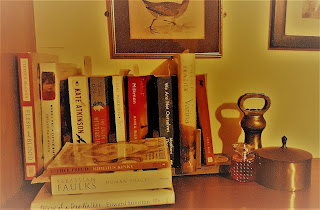 I should return to this theme in a few weeks time so that we can all see how I'm getting on. One more thing, I should add a previously read book to the mix. There are novels on my shelves I've had since I was sixteen years old. I'm sure some of them could bear another read. After all, there must be some reason I've held on to them for half a century.

I struggle these days with Nelly's Garden. Two recent posts have discouraged me. The most recent was A Bit Of A Siege in which I described some fraught visits to Ikea. A response (from a dear cousin) worried me. I'd been critical of some aspects of my Ikea experience but ultimately felt that part of what went wrong was my own fault. My cousin had a relative (her husband's side of the family) who worked in the Belfast store and she was concerned, on his behalf, that I had a less than satisfactory experience. That worried me. Made me think that my attempts at light-heartedness might be making someone else feel less than good about themselves.

What can I say? I'm a snowflake. At least no-one has got in touch to rail against me for disrespecting the besieged defenders of Derry.

The other posting that attracted opprobrium was Alpha and Loudmouth. I wrote that one out of shame. Shame because I listened to vile racist abuse and did not speak up. In the comments in response to a regular commenter, I remarked that both women would have been Trump supporters if they lived in the USA. I am certain of that. This drew fierce comment from another regular commenter. I get it. I was associating racists with Trumpism. And I stand by that in the context of this place.

The thing is, I know my conservative (right-wing) and Loyalist neighbours. They don't trust Catholics, they don't like foreigners, they have little compassion for immigrants. They voted for Brexit, even though as citizens of Northern Ireland that was very much against their interests. British right-wingers mainly approve of the United States' current leader.

Definitely, Trump gets a very bad press in the kind of papers I read but I do understand this - not all Trump supporters are racist but, it does seem, that most racists are Trump supporters. And this is what I would like to know, and I know I have at least one Republican Trump supporter who reads this blog, is this - what is it about this man that you support?