A Cure For Ennui,Blame and Blue Funk

Sometimes things just get on top of me. Work can be difficult sometimes, as it seems to me that my role includes soaking up all the responsibility for things that go wrong. Guys - sometimes I screw up and sometimes you do too. I don't want to be the Designated Blame Monkey any more.

Hannah threw a little farewell shindig for the lovely Mel on Friday for she is going to Australia for a year. Many moons ago this gathering was supposed to be a demure little tea party with cucumber sandwiches and iced buns. Then 'The Trouble' came along and I got distracted from Nigella recipes and entertaining. Hannah and Raymond Party Planners stepped into the breach and my cucumber sandwiches were replaced by spicy party food from Iceland and my iced buns by something far more potent and the Earl Gray and Chardonnay by Buckfast and Carlsberg.

Before we got thoroughly drunk I took The Genius Dougie out to see the wildlife. I showed him the Bad Bees, one of which came up and hovered nastily just six inches in front of my midriff giving off buzzy fuck off vibes. I totally respected it and fucked off and it respected me by not stinging me. I then showed Dougie the Nice Bees and we were able to get proper close up to them and view them through the glass crown board. Then we viewed Pearlie through the front windows and she glared at us but luckily no stings or stinging remarks were made when Mel and Hannah ceidhlied with her later.

Saturday - clean, clean, clean. Buckfast everywhere. These geniuses and intellectuals throw more drink around them than they actually imbibe. Perhaps it's for the best. I wouldn't lip the stuff. It's worse than Lucozade (Pearlie's current poison). I'm sure I visited Matty at some point but I disremember the details.

Sunday was Aunt Mary's month's mind and I was halfway home when I turned and went home to bed. I was feeling rather unwell, suffering from ennui, cystitis, depression, the blues, fever, tiredness, blue funk, blame, guilt and a cold in the nose. Later I also suffered from regret. I should have went to Aunt Mary's month's mind. I had an awesome outfit consisting of a Primark vest, a Monsoon jacket, a Fenn Wright Manson skirt and Diesel courts. I was mixing it up. I was so ready for Tannaghmore except for the blue funk, fever etc. Still - Ganching went, worked the room, represented the family and sure I'd only have been in her road.

Monday - Duvet day. I was far too blue to go to work and I still had enough symptoms left to justify it to myself. Then in the afternoon - along came the cure for it all! 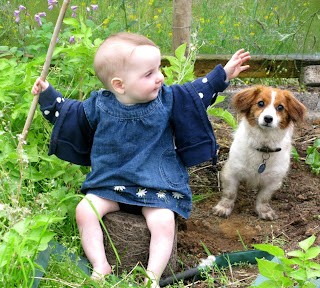 A Cure For All A Granny's Ills


After a lovely afternoon spent in the company of Miss Martha and her people and dogs I was ready to resume all my responsibilities.
Posted by Nelly at 9:43 pm 2 comments:

A Tale of Two Mothers

Bert was out at Matty's today fixing a leaky radiator. It's been quite a few weeks since he'd seen her so I wondered if he would have seen much of a change in her.

So you got that rad fixed?

What did you think of my ma?

Aye. She's a good bit thinner than she was but she was sitting there, her hair done and all dressed up like the Queen.

Mine sat about all day with a pair of knickers on her head.

Said it was to keep her curlers in place. Said them ones did it.

But she still kept them on her head the whole day long.

When I first heard that Matty had cancer I was devastated. She was more pragmatic.

I have to die of something you know.

The first few weeks were completely unreal as we tried to absorb this dreadful news while waiting, with a mixture of awful dread and crazy hope, for the results of the tests. The first diagnosis was bowel cancer, the growth apparently in a ‘good place’, and her surgeon confident that it could be removed safely. Then came some other results which showed another separate cancer. This one was in her ovary and likely the one that had been giving her the pain and the swelling in her tummy. We were advised that treatment would do her far more harm than good.

The waiting had been tough and especially so for Dede and Trish who were with her during that time. Every day saw her get weaker and more nauseated and her belly grow bigger and the rest of her thinner. She could not eat without vomiting and the very smell or look of food made her sick.

Everyone came home. Not all at once but there was lots of comings and goings. She had to go into hospital so that the sickness could be dealt with and eventually it was.

She is at home now, able to eat again, if only little bits and pieces. She is delighted to be back in her own place and have everyone she cares about around her and helping to look after her. She said today,

This is a happy time for me.

It would be hard not to give a thought to this old fellow today.

Sixth Father's Day without him.

About this time 23 hours ago I awakened from a brief nap on the sofa saying to Bert,

Is it not time we were away home? Who's driving, you or me? How did I get here and where am I anyway?

It was a great relief to me when I realised that my bed was only one short stairway away.
Posted by Nelly at 12:10 am 1 comment:

You know I have a great belief in the power of prayer.

Indeed. Prayer is a wonderful thing.

It can move mountains for sure.

You are right there.

I have great faith in the prayer to Saint Peregrine.

I must admit that Saint Peregrine is a new one on me.

Saint Peregrine is the patron saint of cancer.

It is. And I have prayed to Saint Peregrine for an awful lot of people.

Sure it can do no harm.

There was this young fellow I knew once whose mother was a great friend of mine. She was a cousin of John MacQ - the same John MacQ whose sister was married to Pat Joe Dobbin who you’ll mind living at the junction.

I can’t say that I know him or his people.

Anyway he had cancer and I prayed steady for him for he was only a young man in his forties.

What was the outcome?

Sure didn’t he get better. The doctors tested him thoroughly and couldn’t find one trace of cancer left in him. It was a miracle. He died three weeks later from a heart attack but clean cured of cancer!

Email ThisBlogThis!Share to TwitterShare to FacebookShare to Pinterest
Labels: conversations 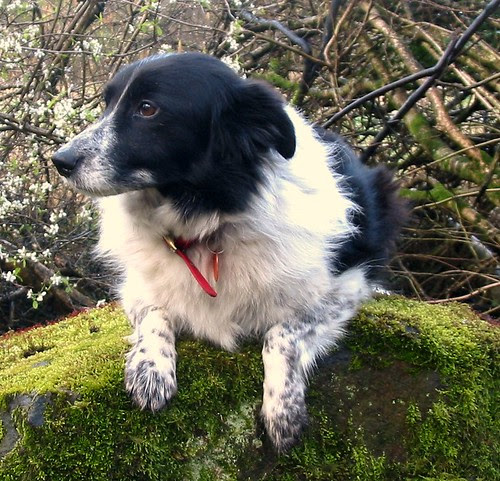 I also remember how she smelled. She smelled of good clean earth with undertones of dog. She loved to be nuzzled. I loved to nuzzle her head, that flat hard part between her ears. Behind her ears was a good part to knead and rub. We both liked that. It was also good to play with her feet. Some dogs don't like that but Rosie did. She liked to have her toes separated and gently massaged. She liked the rough pads on her paws to be scratched. She liked to be rubbed under her chin. And I liked to do it. She was the most tactile, sweet-smelling dog I've ever known. I loved to rub my face on her head and smell the sweet hayish, grassy. earthy scent of her.

Kerry sister has a new pup. It's a Kerry sheep dog. I have envy. 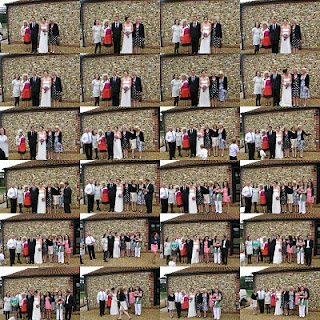 Email ThisBlogThis!Share to TwitterShare to FacebookShare to Pinterest
Labels: weddings 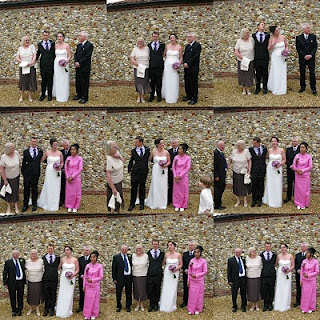 My Incredibly Clever Sister and Other Animals

Such a lot has happened since I wrote last. Matty is still in hospital, Katy has got married to Mark and I have, in this past week, spent time with nearly every single member of my immediate family.

Here are two of them. 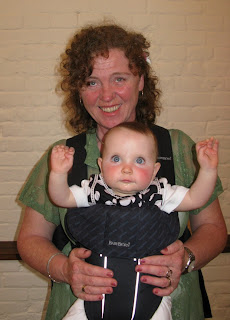 Off To A Wedding

Off to Katy's wedding tomorrow. I was speaking to her today and she tells me she is nervous. I'm pretty sure she'll go through with it though.

I'm nervous too. I'm not a frequent flyer these days and haven't been on a plane since they started this utter nonsense about toiletries and liquids in transparent bags. I'm convinced they'll not let me on the plane for some spurious reason. I wish we were driving. Boats are much more user-friendly.

Matty is in hospital and it feels really strange to be going off on a jolly at this time. But I know that as soon as I set foot on English soil that I'm going to take a deep and relieving breath and I'm going to concentrate on having a happy time.

There will be plenty of time for sadness when we get home.

Thanks to Dee Mac for looking after the dogs, Young Lovehart the cats and Clint the hens. Damn stingarees can look after themselves.
Posted by Nelly at 11:11 pm 1 comment:

Matty took some time out this morning to write Katy a letter. This letter will, God willing, be read out at Katy and Mark's wedding next Thursday. For Matty cannot come although her plane ticket has been booked for months and her accommodation long arranged and paid for. The only thing not done was her rig-out chosen. She said she had plenty of nice clothes and would wear something she'd worn before. This was not like Matty for she loves clothes and she loves to look well.

This day next week the wedding will be over. We'll all be back home again. What bright occasion, or happy distraction shall we look forward to then? I do not know. But I do know that someday we will look forward and that is what Matty will want us to do.
Posted by Nelly at 4:10 pm 2 comments: