A thing I have noticed as I have grown older is that the friends Nellybert have now are good people, people to cherish, people to care about.

They are all ages but mostly they are younger than us. Tonight they were 13, known from birth, 33, known since teens and early to mid forties, known for 20 years. All good people and they all love dogs.

We are blessed with our good friends,

A Dead Rat And A String To Swing It With 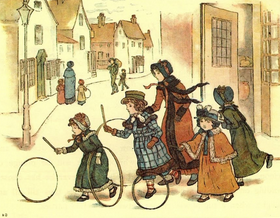 Bert had been cleaning and levelling the sand beds in the polytunnel. He stood back to admire his work.

Look at that! Smooth or what? You could play bowls on that!

Or marbles. It would be a good surface for marbles.

Marbles! You never hear tell of marbles these days. The young ones wouldn't know what to make of them a-tall.


Aye. It's all sitting at computer games nowadays.


Mind you, our grandparents probably wondered why we didn't play with hoops and sticks. Or spinning tops.


They probably said – sure spinning tops aren't good enough for the young ones today. It has to be marbles for them.

I looked at him.

A dead rat on a string?

Aye! Don't tell me youse boys never played with a dead rat on a string.

Bert – if any of us had as much as touched a dead rat Matty would have brought us in and scrubbed us down with Dettol! What was Pearlie thinking of, letting you play with dead rats?


Sometimes I wonder if Bert's mother was fit to rear a child. 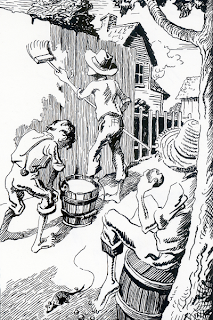 When Pearlie first came to live with us she wanted a whistle. She knew there was one somewhere in her hoard but, despite her niece's best efforts, it could not be located. Then she wanted the niece to buy another whistle but I put the kibosh on that notion. The very idea of being whistled at like a border collie!

In time, as I sifted and disposed of Pearlie's hoard, I came across the whistle and very nice it is too. Lovely piercing tone to it, sweet to handle and easy on the eye. I immediately checked its value on eBay and found that it wasn't worth much. I did not tell Pearlie that I'd found it which was very bad of me but, knowing her, she probably nicked it from someone in the first place. I mean to say, family of girls, where would she get a boy scout whistle, other than by going through someone's cupboards. Did I ever mention that she's a bit of a magpie? I'm convinced she is currently stealing my teaspoons. I bet her handbag is full of them for I know the cutlery drawer isn't. Thing is I'll never know until she's dead as her handbag never leaves her presence. Oh well. If collecting teaspoons makes her happy then who am I to deny her one small pleasure?

But the whistle. I try to keep it on my person so that when I get one of those unsolicited calls I can say, "Just one moment. I'll just fetch Mrs Moser," then I get Pearlie's whistle and blast it down the receiver. Bert thinks this is a horrible thing to do, people only doing their job for which they get paid a pittance. I expect he's right. I'm just not a very nice person.
Posted by Nelly at 11:11 am 6 comments:

Bert has been away for a couple of nights. He's been to a concert in Dublin and is due back today. I have been doing his morning and evening chores and looking after Pearlie. That's not a big deal except, I could not help noticing, that tending the animals is far more rewarding than tending to Pearlie. They seem pleased to see me in the morning, they relish their food with gusto and they appear happy to be alive.

Pearlie? Not so much. The first thing I do for her is put on the kettle for morning tea and a refill of her hot water bottle. Then I fix up her fire. I take a lot of care over this, my aim being to start a cheery blaze immediately. When Bert starts her fire he stirs up the ashes, throws a log on and hopes for the best. If it goes, great, if it doesn't he starts again. While I'm doing the fire I can feel her eyes on my back, glaring balefully at me. Should I look over my shoulder she will be glaring balefully. She only speaks if she wants something else done. Truly you would think I was setting the fire around her ankles in order to murder her. When I bring in her tea and bread she looks at it with disgust as if it were rank poison. The only thing that gives her a glimmer of pleasure is the hot water bottle. And this is a woman who has enjoyed a cosy warm bed, the central heating on for two hours and a gas fire before getting her cheery blaze and rubber jar.

The truth is she's always glum and she is especially glum when the darling son is away. I'll be glad to see him back. Tomorrow morning it will be him going it to see the oul' doll with the face like a fur hatchet. It will be at least an hour later than I go to her and the fire-starting will be haphazard enough. Her first word to him will be some sort of a whinge and he'll laugh it off. But I suspect that inside herself, behind the baleful looks and the whiney voice, she will be just as pleased as a Pearlie can be.
Posted by Nelly at 10:43 am 5 comments:

Bert and I went to visit Peter a couple of days ago. Peter is a guy who, after he retired, took a plot of land at our last place (Clint's place) and grew hedging liners. He was there for ten years at least, the most decent man you could imagine. Around about the time we moved up here his wife started to fail in health and about a year after we left he wound his plot up. I'm sorry to say that Clint was glad to see him go because Peter's easy-going ways that fitted so well with Nellybert did not sit as well with Clint's vision of the perfect smallholding. The difference being, I suppose, is that we like to share and Clint does not.

We'd invited Peter to the new place but his wife's needs were more important that Peter's need for the fresh air and a bit of space to grow things. Since then Peter's wife has continued to decline and Peter himself had his own health problems. It was chastening to compare his caring role to ours. His wife has got her clock out of kilter. She sleeps for most of the day and wanders the house at night. This means that Peter has to stay up late to look after her. He does not get enough sleep or fresh air. He has no outlet, no time to himself. He has no respite.

Thinking about it since I have realised that, even though having Pearlie living with us does affect our lives, we are actually quite fortunate because she does have a routine that fits in with some semblance of a normal life. To be honest I would not tolerate it any other way. In the first few weeks after Pearlie moved in she thought it was appropriate to call on us in the middle of the night if she needed pillows adjusting or somesuch. I spoke to her plainly. I explained to her that we would only be prepared to look after her at home if she could accept that we needed an unbroken night's sleep and that if she felt she needed attention at night then the only option would be residential care.

So, after seeing what Peter calls a life, I can see that our situation with Pearlie is a far more tolerable one. She has a good mind and she knows what is what. She knows we'll look after her and she accepts that she no longer rules the roost. This is how it should be. I will need to remember that this is how it might pan out for me too. The world belongs to the people who can keep the fire going, drive to the chemist, cook the milk puddings and protect the elderly from the occasional unsympathetic carer. Which is another story altogether. 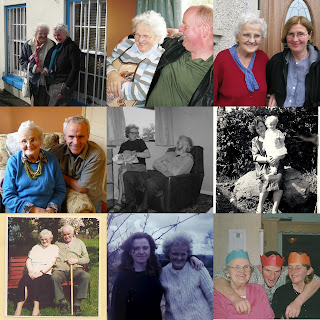 A Weekend In Fanad 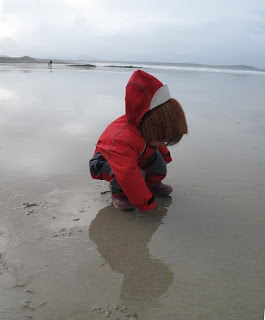 I went to the Fanad peninsula in Donegal over the weekend with Miss Martha, Miss Evie, their parents and Judy. We stayed in a caravan just beside Ballyhiernan Bay. It is next to a big beautiful beach which the girls loved.

I was very agitated and worried before I went but returned in a far calmer frame of mind. The only snag was the usual one, Martha will wake up at around 6 a.m. and will be very loud and noisy. Judy was not impressed. I had to tell Martha stories. My favourite was the story of a girl who lives in an empty house and each morning there is a box outside her door with something she needs. At first Martha was sensible. The girl had some basic clothing, a dog basket, a blanket and porridge.

So all the girl had to eat was porridge and every night she had to sleep in a dog basket with a really thin blanket but when she woke up in the morning there was a box outside her door. What do you think was in it?

So the next night the girl had to sleep in a dog basket with a really thin blanket and she had nothing to eat all day but porridge. The next morning she woke up cold and hungry and outside her door was a box. What do you think was in it?


A fashionista in the making for sure.
Posted by Nelly at 11:14 pm 7 comments: