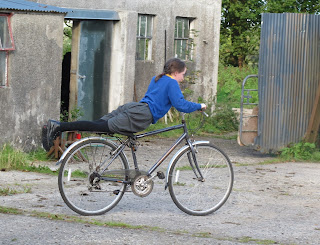 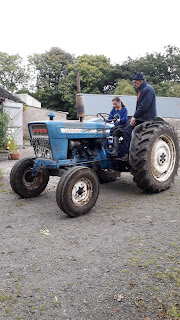 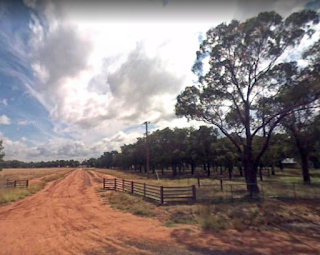 I have been toodling around with genealogy for more than twenty years now and often I'll leave it alone for years on end. Now that I have more free time I'm finding myself becoming obsessed. I'm at it at least once a year, and often for weeks on end. It doesn't help that my oldest daughter, at least one sister and several cousins are equally interested because that only encourages me.

Which is why I haven't blogged for over a week.

The oldest daughter tempted me to try a free month on Ancestry and I really did think that would be enough. Instead, I found myself buying an extra month so I could get stuck into all those Australian, Canadian, and American kinfolks. It has been both frustrating and fascinating.

I spent several evenings digesting 1950s newspapers centred around the Trangie area in New South Wales searching for news of Bert's Robinson kinfolk. They led not particularly exciting lives holidaying in each other's homesteads all of which were extensively reported in the local paper. Also considered newsworthy were purchases of new Ford cars or the shooting of wild boars that had been worrying sheep. They all lived between Trangie and Dubbo and a trip to Sydney was a big highlight. Bert has relatives (supposedly) in Dubbo to this day as do I although I'm not sure if they know each other. Bert's lot moved from the North Antrim hills to become farmers and my lot travelled from Belfast to make their livings any way they could. I tracked, through Facebook, a descendant of those early Robinson farmers and he'd made the news and not in a good way. Living on a property, dry as a bone, where no crops have been raised in nearly a decade and trucking in grape by-products from the wine-growing areas to feed his cattle. It seems that my relatives in keeping clear of farming have had far better outcomes in life.

One thing I have learned is that sites like Ancestry, like so much on the internet, cannot be trusted. Take those Dubbo relatives. About thirty years ago Bert's lot got word that a couple of young folk from Dubbo were in Ireland to seek their ancestral roots. It turned out that most of their Irish relatives were very elderly and because Bert was still on the young side we were encouraged to meet up. At that time in our lives, Nellybert were very sociable and keen on partying and the brother and sister from Dubbo were invited to a social gathering at which the young lady was very well-behaved and her brother anything but.

We met a few times and the final get-together was to be in Belfast. That never happened because although we were all in the city we couldn't make it to the agreed meeting spot in the Crown Bar as the Europa Hotel, which is opposite that pub took another hit that day.

Back to the present day and with all the internet and Ancestry at my disposal I decided to find out how those far-out Dubbo cousins were connected to Bert. I found out that their dad had died recently and conveniently, he was in possession of an unusual forename so it was easier to trace his ancestry. I was very excited for Robinson is a common surname. But, what's this! Mr Unusual Forename, married to a Miss Robinson completely by-passed Bert's ancestor Joseph Robinson who had emigrated from Carnbuck to Trangie in his eighties and instead our so-called imposter cousins from Dubbo are descended from Mr George Robinson, convict of Manchester, England.

Or maybe Ancestry UK got it wrong again. Like I said, frustrating. 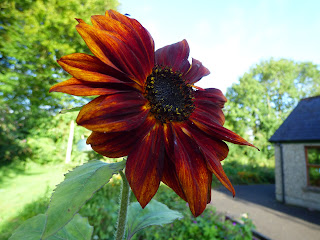 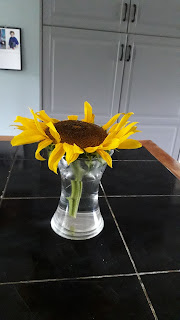 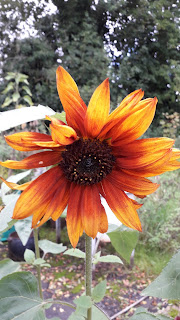 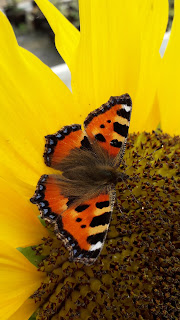 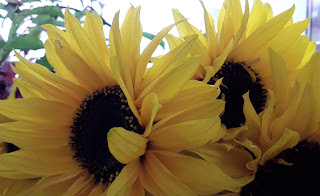 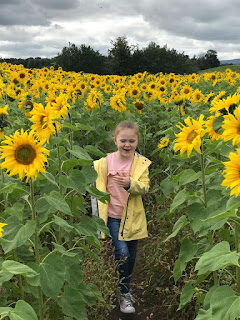 The birthday cake was yesterday because birthday cake is always on a Tuesday because that is when Martha, Evie, and their loving parents come for supper. There is no point in birthday cake unless Martha and Evie are there. For candlelight becomes them. I only wish James and Emily could have been there too.
James was otherwise occupied. He started big school this week and I hear he was disappointed. He said big school was 'too tiny'.
Today, Jazzer took Bert shopping for a new phone, his first smartphone. I think he is secretly pleased with it even though he said it was 'shite' because he doesn't know how to work it. In a week he will. I'm jealous of the camera and will probably be borrowing it to photograph my moth catches.
Did I mention that we have bees again? They came on Sunday evening. Fingers crossed they will stay with us.
Back to Jazzer. She reminded me that she first met me on my fortieth birthday. The title of this post refers to the length of time that we have known each other. How did I get to be this old?
Posted by Nelly at 11:09 pm 2 comments:

I should have brought my camera so that I could have taken a 'before' shot and pictures of the little calves who are doing their best to chomp all that farm grass down, helping me to make a meadow. But I was burdened. I had some water mint roots to plant beside the stream and a trowel to plant them. I had a big bowl of yellow rattle seeds and a litter picker to gather the trash that car sluts throw from their windows. I had a big plastic bag to collect the rubbish. With all that I couldn't manage a camera as well.

The calves followed me everywhere but I did not find them intimidating. I worried that they weren't hungry enough to eat all the grass that needs eating. They are far fonder of calf meal. In an ideal world, they'd all still be with their mothers. But there they all were, orphan boys, following the strange human around the field, partly curious, part in the hope she might have something for them to eat.

It was a pleasant job, scattering the seed, tramping it down with my feet. I'll return to it. 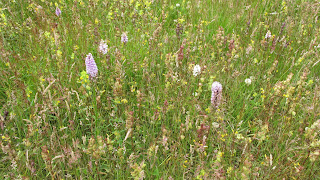 Some meadow inspiration that I visited a couple of months ago. This meadow was created by Donna Rainey, a volunteer with the Don't Mow, Let It Grow project. 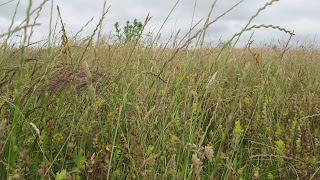 Another picture taken on that visit. Hard to believe that a few years back this field was being intensively farmed for silage. It's easily ten times the size of our little meadow. And it all started with a good scalping and a load of hand-sown yellow rattle seed.

If anyone was looking for me this evening between 4:20pm and 5:10pm I would have been just outside the chicken run, hiding behind a fine specimen of Angelica Sylvestris whilst keeping a close eye on the hen known as Jacqueline. This particular hen is renowned for 'laying out' and I was trying to determine if she had a nest nearby.

Currently, we have 12 hens and 2 roosters and are averaging around two eggs per day. This is unsatisfactory considering the amount of high-quality chicken feed I am shovelling into them daily. Five of those hens are recent additions and I had high hopes for them. Unfortunately, they came with an unnecessary rooster but, as they say, one cannot look a gift horse in the mouth. We'd just got rid of a surplus rooster and our hens,  relieved from the stress of the demands of two randy cocks, had rewarded us with increased laying. Two weeks later, another useless rooster turns up and the hens stressed to the max and the two tribes are hating on each other and are not earning their keep.

So there was Nelly, crouching among the thistles, nettles, brambles, Robin run the hedge and the angelica keeping a very tight eye on Jacqueline. And Jacqueline, feigning all indifference, kept a tight and beady eye on Nelly and refused to give up the location of the nest which, I'm certain, must have brimmed with at least two dozen eggs.

Hens are reputed to be of low intelligence yet I suspect they feel the same about us for I am constantly outsmarted by them. Hens are cunning devils and I wish, I really wish I loved chicken broth as much as I love eggs. 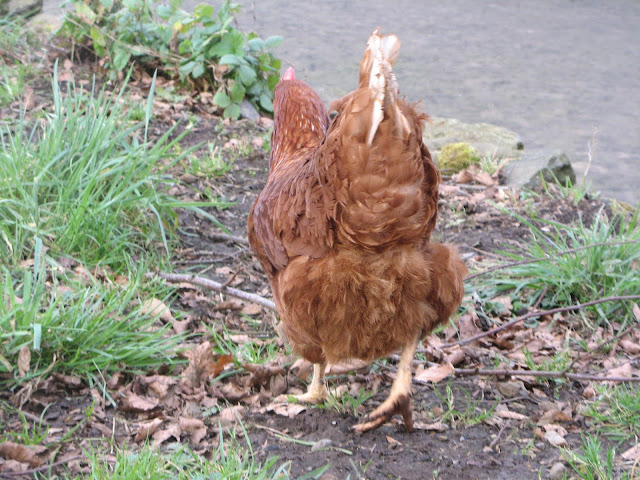