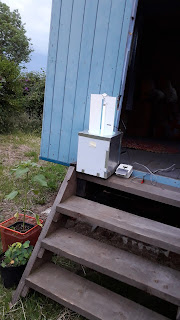 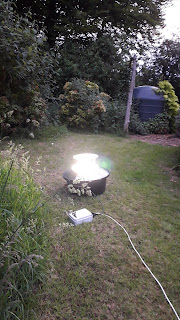 Earlier today one of Bert's friends came round to check out the state of the wood because there is an issue. Roger is also very interested in lepidopterology. He had a look at the moth traps as he is considering investing. I brought out the Heath that hasn't been used in several days and to my dismay discovered an overlooked Poplar Hawkmoth that must have been there since I last used it. I was confounded as to how a Poplar Hawkmoth could be overlooked but there it was. 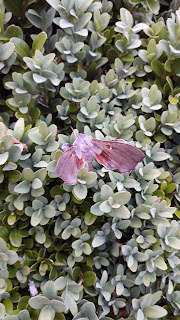 Many hours later and there it still is. Sitting on a Buxus completely ignored by the spotted flycatcher family that are nesting (on their second brood) only yards from it. Lucky hawkmoth. I learned today that they don't feed as adults which is why it survived the overlooking. I must be more careful in future. 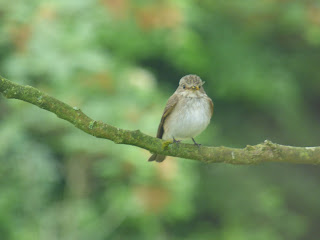