The self-hypnosis thing is going terribly well. I don't eat biscuits, I physically cannot overeat, Bert's clarinet playing does not faze me in the least and I can fearlessly call people and talk about their overdue accounts.

On the downside maybe it's not such a good thing that I have recently drenched a keyboard and a printer in Pinot Grigio. Didn't do them a lot of good I have to say. Shall I give up drinking? Not yet. I shall stop drinking out of champagne flutes. They are so unsteady.

The grandmotherly thing is good and getting better. I had a promising first experience of baby-sitting. Martha slept and I watched trash TV. All good. I hardly ever watch TV so it mesmerises me when I do.

I do watch stuff from Lovefilm. Bert and I finished watching Tess of the D'Urbervilles last night. It was the BBC version with Gemma Arterton and we enjoyed it immensely. Bert hadn't read Tess (nor any Hardy) and he reckoned it was going to have a happy ending. I didn't disabuse him of the notion. I think I spotted a sad little tear in his eye at the end. I asked him if he thought he could watch the Polanski version and he said he thought he could. I love listening to my books then getting the film or TV series. Listening to Oliver Twist at the moment but I'm not for watching that damn musical. Recently listened to Andrew Marr's History of Modern Britain. It was OK. How could anyone actually read it though? There were so many opposition party leaders that I'd completely forgotten about. I'm stuffed if the Geriatrician ever asks me who led the Labour party before Tony Blair. And for some crazy reason I cannot remember what Jim Callaghan looks like - I just cannot bring a mental picture of him to mind. Must remedy that. 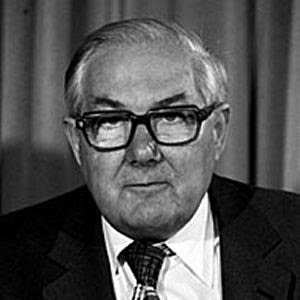 When am I getting my dinner?, originally uploaded by ZMB.

Martha's parents decided to chance a trip to the cinema. I had the honour (richly deserved) of being their daughter's first babysitter.

As you can see she survived the experience. The first of many babysitting sessions I hope!

You Are Feeling Very Sleepy

I have a skill that until very recently has not been used for near to four decades. I was (obviously) very, very young when I first learned to do it and, to tell you the truth, I only took it up because I had no access to drugs at the time. I didn't know then that a life fairly well-lived is far more satisfying than getting stoned.

The skill I'm speaking of is self-hypnosis and I picked it up at a time when I was interested in meditation, and sniffing salt-water up one nostril and back down the other and taking cold baths and other weird stuff that people do before they get any sex or drugs. Or was that just me?

It all came back to me when I was lying in bed one night worrying about biscuits or, to be more specific, my lack of self-control around biscuits and particularly the office biscuits and it came to me. I know, I says to myself, I'll hypnotise myself not to like biscuits, for after all they're only sawdust and sugar and lard. But then, I thought, what about home-made biscuits? So I decided I'd only forego manufactured biscuits.

I did the self-hynotising deed. It was easy. It's more than a month now and not a Kitkat, not a jaffa cake, not a chocolate digestive, not even a Club has passed my lips. Sometimes I look at the office biscuits but I just say to myself, I don't eat biscuits and I don't even like biscuits. But one weekend I made some home-made biscuits and ate a mound of those.

And that worried me for I was starting to stuff myself again - larger helpings, second helpings, too much bread. So about a week ago I decided to hypnotise myself not to overeat. I would eat anything I wanted but I would not overeat. That seems to be working too.

Of course I wouldn't advise anyone to enter into this lark without thinking very seriously about what to take action on. Too much self-hypnosis might overload the brain. But I couldn't resist another little go and this time it was something that would benefit Bert as well. I decided that I would hynotise myself not to mind Bert's clarinet playing. Not to enjoy it, just to tolerate it. You can imagine how pleased he was to hear that I wouldn't anymore be moaning at him, or asking him to shut all the doors , or trying to distract him or hinting about him building a little shed somewhere outside.

He's actually playing as I sit here. And he's playing 'Food, Glorious Food' and although it sounds pretty damnable I don't mind a bit because he's happy and so am I. And it's not making me the slightest bit hungry.
Posted by Nelly at 11:31 pm 4 comments: 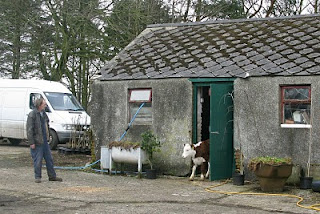 The first 'dandy' peeks out of the wee shed.
The brother and one of the neighbours from home called round yesterday to remove my old car from the yard. While they were there they took a look at the calves. The neighbour, name of Paddy, remarked that they were the sort of calves that his grandfather, also called Paddy, and a man I remember with fondness, would have called 'dandies'.

Today Clint and Bert planned to move them to other, roomier quarters. The big bullocks went out to the wood and the dandies were going to the big byre. I always enjoy seeing cattle being moved because they get so excited. Poor things get bored being stuck in their winter quarters. So I went out to 'help' but really to look for photo opportunities. 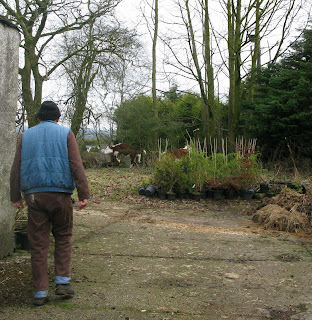 I didn't get much chance because they soon gave us the slip. This is the pair of them cavorting through the midden. Clint is moving in on them with ominous intent. But this picture deserves a closer look. 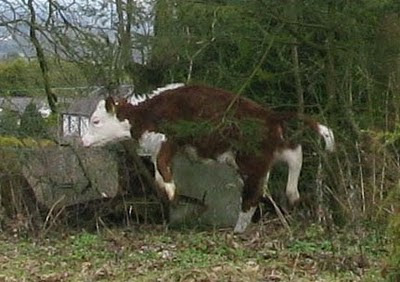 There goes Meadow leaping in the air with joy and happiness in her little bovine heart. She soon gave us the slip again and I'm sure we were ten minutes or more rounding her up. There was no more chance of photographs and at the end of it poor Clint had to get his inhaler out. Obviously we're not near as fit as the dandies.
Posted by Nelly at 8:03 pm 4 comments:

That Thing You Love

Miss Hails had herself an unauthorised lie-in the other morning. She hasn't been the only one getting it a bit wrong at getting-up time. Take me for instance - I am not very good at getting myself to bed at a sensible hour. Most nights I'll say to Bert,

I really must get off to bed before midnight, tonight.

And most nights I bungle it. But last night I got it right. I was up those stairs at quarter to eleven, hot-water bottle under my arm, gardening magazine in my hand and a German Shepherd at my heels. Teeth brushed, alarm set, Bonnie settled with her squeaky toys and after thirty minutes with an old Guardian crossword then a self-hypnosis session (of which more later) I was turning out the light just before the witching hour.

I did feel good this morning. Leapt out of bed like a lilty at seven thirty sharp, quick wash, teeth brushed, layered on the thermals and the office duds, and I was just pulling on my boots when I thought to myself,

I looked at the clock. Only a quarter to bloody seven! What to do? Only one thing I could do really. Off with the boots and the office skirt and back into bed for another hour's kip. I'm going up early again tonight. It's only twenty to eleven. Night, night!
Posted by Nelly at 10:40 pm 3 comments:

What Are You Doing?

Blogging. Waiting for some home-made biscuits to cool. Listening to R.L. Burnside, drinking red wine and wondering Why T.F. I cannot think of anything to blog about.

In the meantime here is a picture of Mr Pickwick. 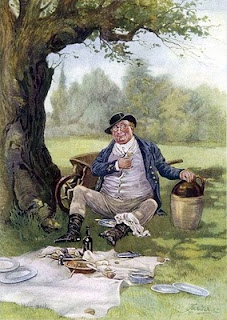 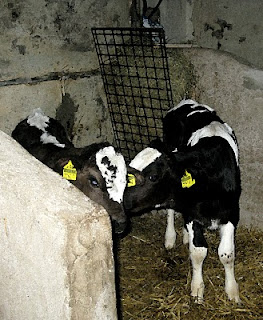 Junior & the Other One

Junior is a very small calf. He is a quarter Irish moiled. The other one is your typical Friesian type. 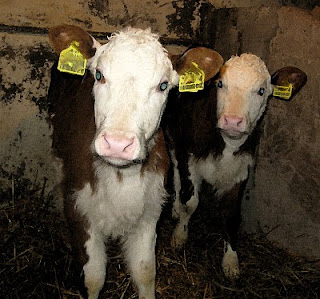 Meadow and Clover are one half Hereford. We hope to keep these two. They bring me a lot of happy memories as Daddy kept a Hereford bull for a time and these two would have been typical of the sort of calves we had on the farm. Daddy's bull was called Mulderrick Hero and I was terrified of him although he was actually a very quiet animal. Daddy called him Ferdinand.
Posted by Nelly at 10:59 pm 3 comments: