On Thursday the girls and I went to our favourite charity shop, the one near the playing fields where the business plan is to pile it high and sell it cheap. Before we got there I had a talk with Martha about 'being discerning' and about not wanting the first thing she lies eyes on as she comes through the door. My talk fell on deaf ears as the first thing she laid eyes on was a box of china dolls all for a quid each. 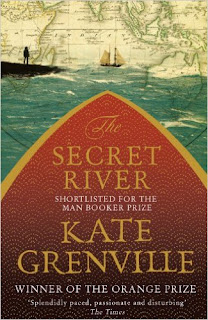 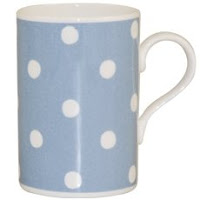 We tried to be discerning. I spent 60 pence on a Kate Grenville book and a polka dot Cath Kidston mug, Martha bought a china doll, some plastic shoes and a tiara. Evie also chose plastic shoes and a parrot toy that she had no need of. Together we spent less than £3. Later that evening at Swisser's I told her about my mug (they're about £6 to buy new) and she shrieks,

I hate Cath Kidston! It's so twee.

I said rather glumly,

I suppose you hated Laura Ashley too when you were young.

There was a time when I yearned for Laura Ashley. I could just see myself in a lavender sprigged dress, a straw boater and a sweet little cardigan. Of course I would be in a field of buttercups and daisies but sadly Laura Ashley just wasn't for me. It was for willowy girls with moderate bosoms, girls like Diana Spencer, not sturdy country girls like Nelly Moser. 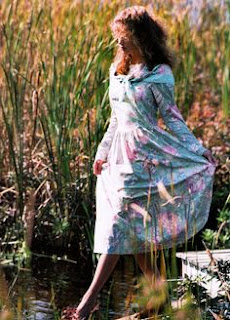 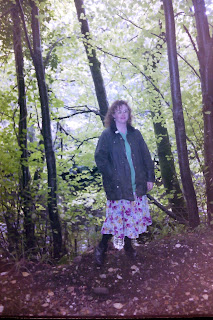 Me. What was I thinking of, heading into a brambly wood in a voile skirt?

A friend is going over to Dublin for a few weeks, staying with her niece. I so wish I was flying over as well.
You are so interesting!