So there were these two little abandoned pigs wandering the fields and hedgerows of deepest, darkest Cullybackey. Bert and I went out this morning to fetch them out and feed them finest kind pig food with a view to their rescue and rehabilitation. We took one dog only, our Jess for she is good at sniffing out pigs and, unlike Judy, she does not hate the porcine race.

She did her work, sniffed them out and over the crest of a hill appeared one pig and the other. Then another. Three of the beggars! Bert emptied out the pig meal and they all tucked in. The way they were scoffing it was obvious that they were no stranger to meal and that it had been more than a day or two since they'd had any. They might be three or four months, all the same age, litter mates for sure and they are all boars. They've been dumped by the person who bred them.

This is a big problem. No one wants boars. If they were to go for pets they'd need to be castrated and that should have happened already.

I'm not sure what is going to happen. But we're not giving up on them yet. Whatever the outcome is they are going to be fed.

So we'll be back tomorrow. Fingers and trotters crossed there won't be four of them standing there. 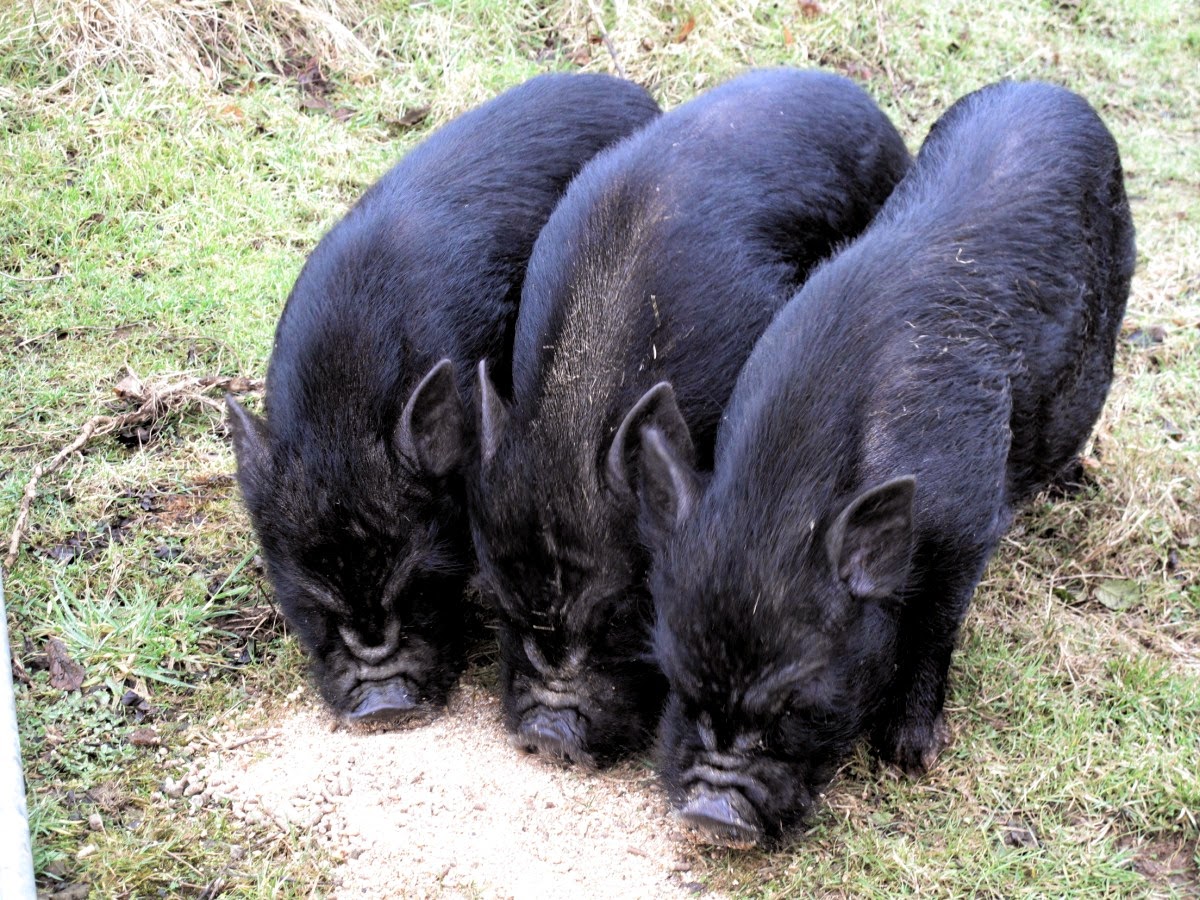 How can anyone just dump three piglets? What to do.... call the Animal Rescue,the PSNI or the media, perhaps?

PSNI would not be interested unless the pigs were impeding traffic. I'd avoid the media for now. Don't want lots of people out looking for them as it wouldn't be fair on the pigs or the landowner. We will look into animal rescue but most centres can barely cope with the amount of abandoned horses around. First we have to catch them. Then we'll see. Bacon sandwich anyone?