Yesterday I went out protesting with Hails from Coffee Helps. It's been a while since I attended such an event. The last time we were all chanting Maggie, Maggie, Maggie, Out, Out, Out!  On that occasion I got my picture on the front page of the Irish News so, needless to say, on Saturday, I dressed with care and made sure I combed my hair. It was a good day. I caught up with Hayley, met some new people and ate Korean food at Cafe Arirang. The protest went well too. About a thousand people turned up which isn't bad for Belfast on a freezing cold January day.

When I got home I found that Bert hadn't as much as lifted a spoon but he had made some great progress playing Stardust on his clarinet. I was too tired to bother with anything so watched a Meryl Streep film and went to bed reasonably early with the Guardian. But before I retired I researched 30 minute clean up on Google. For Kerry Sister is up in the North and she'd be visiting the next day and was keen to see my new private sitting room. And due to the massive clearing out I've been doing there were boxes and boxes of hoardy stuff sitting there and it was all a bit of a mess. 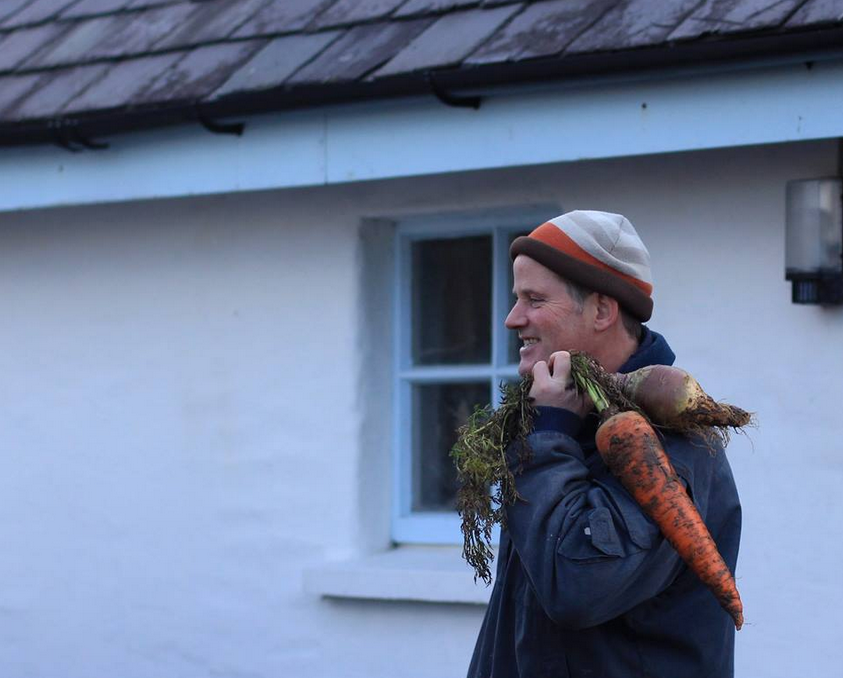 This morning I bounced out of bed at a quarter to eight, let all the domestic animals out for a pee in the snow, made coffee, buttered malt loaf and went back to bed for another read of the Guardian. Forty minutes later I bounced back out of bed and started on my 30 minute clean up. I thought it might take a wee bit longer than thirty minutes. First off was put on the laundry, then I had to take a laundry basket and gather up all the clutter. I filled three laundry baskets and this did not include the boxes of Pearlie's old aprons, Bert's old toys and all the birthday cards he received since he was one year old and The Sash His Father Wore. And Johnny's white gloves and all the ribbons that were tied to the ceremonial sword. Bert says I can give the ribbons to Martha and Evie to tie up their bonny brown hair. So darling grandchilder you may look forward to receiving a bunch of ribbons colours red, white, blue, purple and orange.

I did manage to do everything on the 30 minute clean up list and was just wiping the last drip off the floor with my Whizz mop when the Kerry car pulled into the yard and it had only taken me 94 minutes.

All to the good though for the Kerry Sister and myself were able to relax in my clutter free and private sitting room while Bert and the Kerry Man tramped up Slemish in the snow. It was the Kerry Man's birthday and tramping up icy mountains is just the sort of birthday outing he enjoys. Before they left I gave him a lovely present - two bags of County Antrim's finest turf. He was delighted. Who wouldn't be?
Posted by Nelly at 11:30 pm

Do we get pictures?