Last year Hannah and I took Martha and Evie to Portrush to go on 'everything' at Barry's and Kiddieland. We had a great time so we did it again this year, except sadly, Hannah couldn't make it so Ben came in her place. I don't know if  a 17-year-olds can be a mensch but if he is too young right now, he's certainly on his way. He didn't mind carrying their pink coats, only flinched a little when I asked him to hold my Cath Kidston bag when I had to rummage through my backpack looking for even more cash to turn into amusement park tokens. 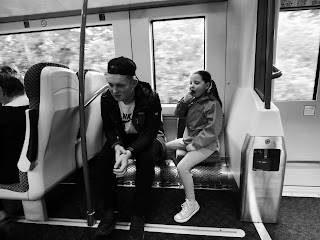 We took a few photographs while we were there. The best ones were of the more sedate rides as the hectic ones were all too fast for my limited photographic abilities. 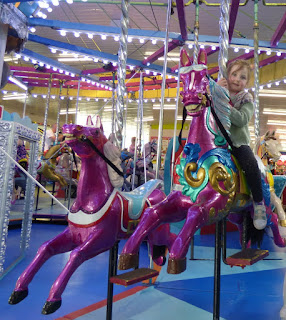 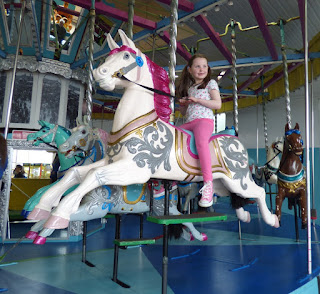 Worst ride was the Ghost Train. Not even a tad scarier than it was when I were a girl and eight tokens for us all to go on. Martha referred to it as 'getting it over with'. Next year, if we are spared we're giving the Ghost Train a miss and having an extra ride on what Bert calls the 'hobby horses'.

It all fair took my mind off Brexit and the Chilcot report. Sometimes we have to forget about the grim stuff and just have some fun.
Posted by Nelly at 12:14 am