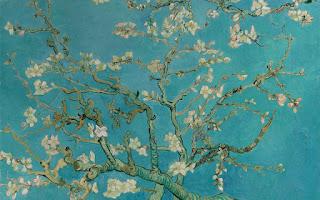 Thursday is my looking after the girls day and it is also the day of the week that citizens of the UK vote, as vote we must when we are called to do so. As Martha and Evie attend a school that is used as a polling station, they get the day off lessons. They've been getting a lot of days off recently. My local polling station is also a primary school, five minutes walk from our back door and the school that Bert used to go to. I like to take Martha and Evie with me when I vote and Martha likes to get a look at how other schools do things. It is also an opportunity to let the girls see that the right of suffrage is important.

Yet I do have to be careful not to influence them overly. After all, they have the right to make up their own minds when they are old enough to vote and I do hope that will be when they are sixteen rather than eighteen. But I do tell them that I will not be voting for any of the candidates whose posters adorn the poles and posts outside the school because I do not agree with the things these candidates believe. Evie has a political insight she wishes to share with me.

Did you know Granny that you can get toilet paper that has Donald Trump's face on it?

She thinks this is very funny. I have to confess that I am shocked that she should even know such a thing for when I was five I didn't know the name of a single politician. By the time I was seven all that I knew of were Richard Nixon, John F. Kennedy and Gerry Mandering.  And that out of those three Mandering was the worst blackguard. I'm sure I was twelve before it dawned on me that gerrymandering was not actually a person and that it wasn't gorillas that were fighting the Americans in Vietnam. Hopefully my grandchildren will have more sense than me.

On the way back from the polling station we lean over a five-bar gate and watch Bert's cows and calves and I thought of Daddy saying that the people who did not exercise their right to vote were no better than the beasts of the field. Lucky old beasts of the field, for they will not go to bed tonight fretting about what the morning will bring. I know my chosen candidate will not be successful. All I hope for is that Mrs May will not get the big victory she wishes for.
Posted by Nelly at 10:54 pm

Please tell Evie I have the trump lavatory paper and the Trump bottle opener
and the Trump mug, all gifts from travellers from the strange land.
comrade c

But do you have the MAGA baseball cap? One day all of these will be collector's items.

She sure didn't. And here, many of us are stirring up the mud around Trump.

Yes Mage I think hope might be showing signs of stirring back to life.