Whilst messing around with the design feature on Blogger I have accidentally reverted to something referred to as 'classic'. I was warned that some design features might be lost, instead, I find that my Flickr links have come back. So I'll stick with it for a while as it reminds me of my youth. The following paragraphs were first posted in 2004.  So was the picture which has no connection with the post. 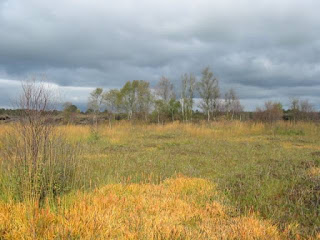 Yesterday I was driving through Toome village at between 15-18mph. I was intending to turn left into a supermarket car park. Ahead I spotted three young boys aged about six to seven looking as if they might run out in front of the car. My mother cried, “watch!” just as I started to brake and two of them darted out. Then the third that had hesitated took off. My feet went to the floor and I actually closed my eyes (a first while driving), as I did not want to see his little body hit by the car. He made it and Mother who had kept her eyes open said the car stopped with an inch to spare.

Then I was angry. I wanted to turn the car and give chase to the little bastards and have a word with them. Sensibly Mum advised me against this. We stopped in the car park outside the supermarket where I started to shake and cry. If I had been travelling just the smallest bit faster I would have hit that child.

So if in the future, anyone spots a white Astra driving through Toome like a snail, it will probably be Nelly.
Posted by Nelly at 10:57 pm

Email ThisBlogThis!Share to TwitterShare to FacebookShare to Pinterest
Labels: blogging, near miss, Toome