Fudge And Other Lovely Things

I'm feeling anxious tonight. One of our roosters (Fudge, the best-looking one) has escaped the coop and is running loose. Ben and I have tried to catch him but in doing so we have thoroughly spooked him. It happened while we were moving his lot to another house. I had him gathered up twice but he was too strong for me and got away. I hope his might stands him in good stead if he meets Foxy tonight.

It's been a while since the blog has been updated but there has been a lot going on. On Saturday I took the girls to a sixth birthday party and it was a hot day. Baking hot. 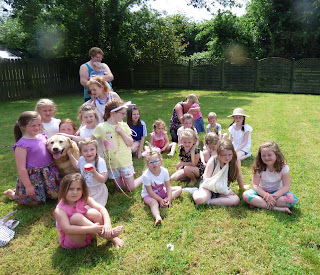 I love that Cooper the Labrador thinks that it is his birthday. Martha and Evie are in there somewhere.

Later that evening Bert and I went to Toome to hear A Talk. The subject of The Talk was the same as the recent film Maze (currently on Netflix) which told the story of the 1983 mass prison breakout from the Maze prison. The film was rather sombre. The Talk given by three of the people involved less so. It was an interesting night.

On Sunday Zoe and I and Leitrim Sister took part in Procession2018 in Belfast which was a wonderful experience. We marched with at least a thousand other women (and a smattering of men) from the Titanic Slipway to City Hall. 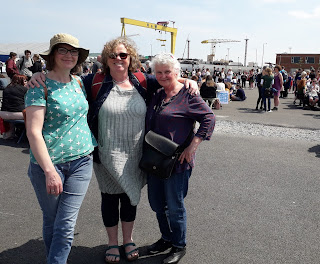 We were walking with the Leitrim group that campaigned hard for the recent Irish referendum on abortion rights. There were a few frosty faces from onlookers but far more reactions that were positive, particularly from older women.

On Monday I made cheese and onion pie and a rice pudding for our family dinner and Martha asked,

Granny, why is your rice pudding so tough and ricey?


Although Bert thought it was yummy. Tough and ricey is his favourite pud. 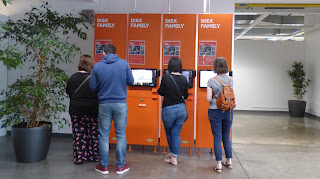 Yesterday I went to Ikea with Zoe and bought a very pretty cushion. There were thousands of them so I expect almost everyone else in the world possesses this lovely thing. 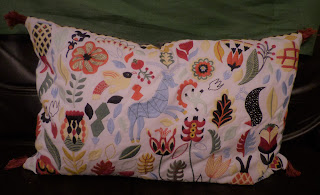 And another lovely thing... 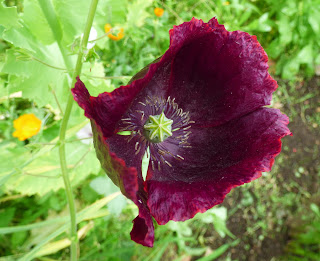 This claret-coloured poppy just turned up among the ordinary self-seeded papaver somniferum that grows in the polytunnel. I must mark it and save the seed.

Fudge turned up! No chicken dinner for Foxy tonight. 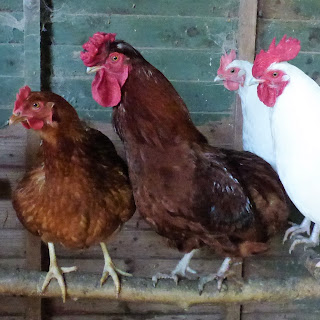 Fudge is the big boy in the middle of the picture.

Your pre-march pictures are lovely as usual. Glad he came home again too.

Thanks Mage. Fudge is now settled in his new run which is much better than the old one. He still has his two new girls and his brother Damson plus 6 new girls. Fudge and Damson get on - they only have about one fight a day which is nothing for roosters.