Martha asked me recently how long I might live. I answered,

I'm planning to live until I'm 88 years old. I might live longer or I might die before that, but - that's the plan anyway. You'll be in your early thirties by then, you'll be a proper grown-up, on your way.

I think she liked that answer, Being thirty-three must seem like a lifetime away to her. When I was her age I thought my life would be hardly worth living at thirty. I expected to be married to some elderly boring professor who I wouldn't even particularly like and that I'd have about four not very interesting children, likely all boys. Obvious that I believed Jo March's fate to be a big disappointment.

Bert's Aunt Lizzie has gone two years over my ideal lifespan. I spent most of yesterday with her and she is not in good form. She won't eat, hardly drinks, cannot sleep and is in constant pain. She waited three months for a hospital appointment and has finally been given one for this day week. In ordinary times she would already be in the hospital if only to be rehydrated. This pandemic is dreadful for the ordinary sick and elderly whose care needs are not being met. One of Lizzie's carers told me that on a recent house visit she came upon an elderly man who had fallen and could not get up. Normally carers would be expected to call an ambulance and wait until it arrived. Two hours later, no ambulance had arrived so she sought the help of a neighbour who helped her get the old chap on his feet. He then declared that he would not go to hospital and the ambulance was cancelled. Incidentally, this carer waited on her own time and will never be paid for it. And didn't even resent it. A true Hero. 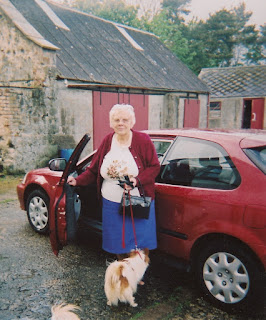 I'm someone who has lived a life seemingly in the background, I must say this final indignity I have suffered almost too much to endure. You see, I have been sickly and weak since the day I was born and doomed to go through all my life a weakling. I seemed to have always suffered from one illness or another and could never play with the other children as I so desperately wanted to. Mother always made such a big fuss over me, also, making the situation worse as the other boys teased me mercilessly after they saw it. I was browsing  the internet searching on how i could be transformed into a powerful when i came across the email of a man named Lord Mark. who was a VAMPIRE so I told him that I has always dreamed of becoming a  VAMPIRES, All i did was just to follow the procedure that i was been told, and i bet you that procedure I took change my entire life to something i ever desire, freedom, sickness free, pains free, fame, influence, connections and even more that i can. Thanks to Lord Mark. Do you want a life full of interesting things? Do you want to have power and influence over others? To be charming and desirable? To have wealth, health, and longevity? contact the vampires creed today via email: Vampirelord7878@gmail.com