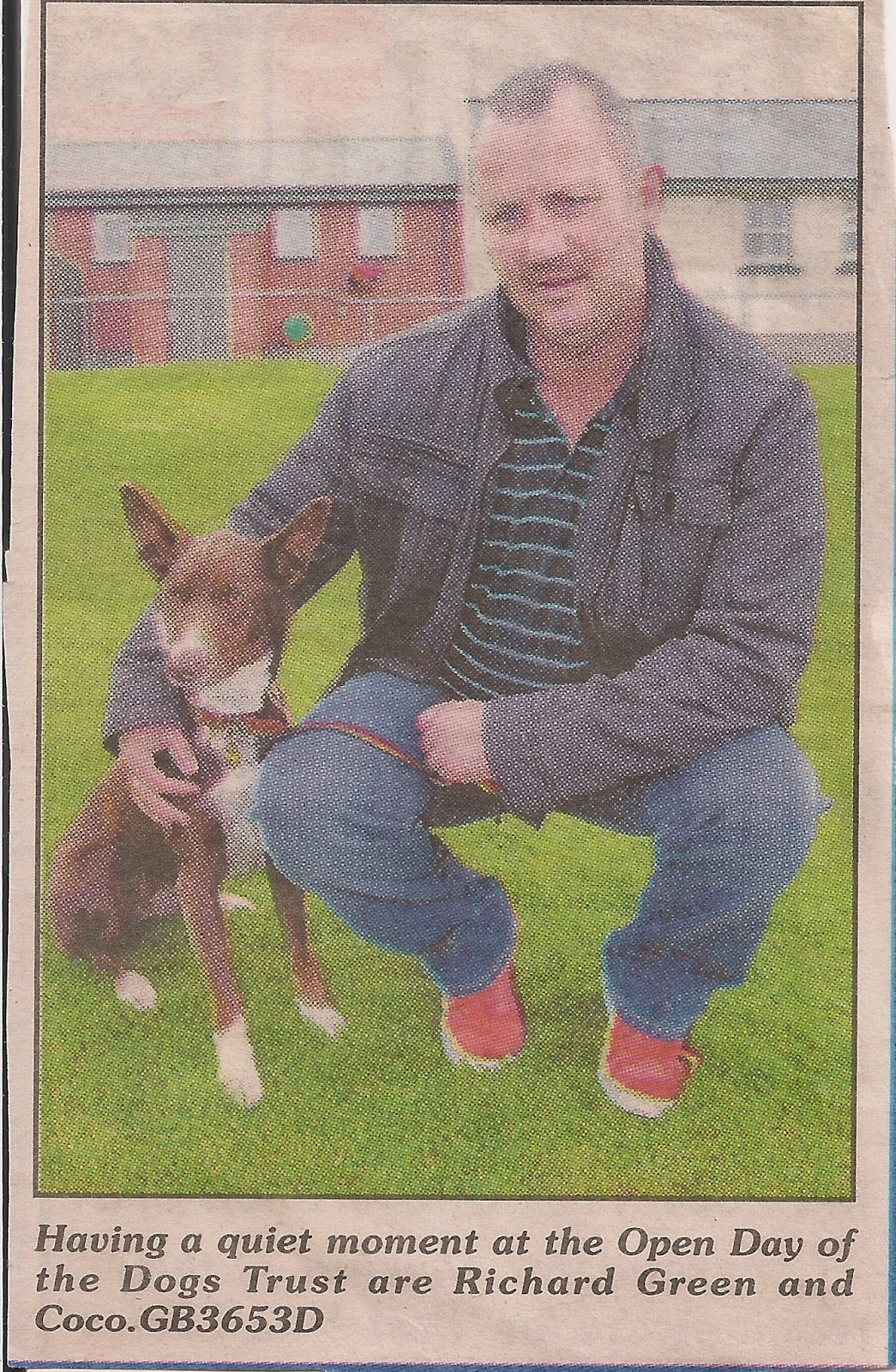 Four years ago we picked Judy from a litter of motherless pups. We were told that they were a cross between a collie bitch and a chocolate Labrador. Although I have my doubts about the Labrador part. Judy looks more like a lurcher than anything.

Most of the pups were the typical black and white border collie type but there were just two that were milk chocolate brown and white and it was those two that caught my eye. I had one of them in my arms. Sniffing that glorious puppy smell and kissing its adorable, silky ears. This is the one, I said to Bert.

Then I looked at the other brown and white one. The black and white ones did not stand a chance! I set brown number one down and picked up number two, smelt its puppy delectableness and felt its soft and silky ears. No, it's this one!

And that one it was.

I heard, although I'm not certain it is true, that Judy was the only one of the litter homed direct and that the remainder of the pups went to a rescue centre.

A few years back we spotted the picture in the local paper. And thought that Coco looked a lot like Judy. We wondered if she could possibly be the other brown and white pup. Then, while going through Pearlie's bits and pieces we saw that she had clipped the picture and kept it. Bert is convinced that Coco is Judy's long lost brown and white sister. I wonder.... 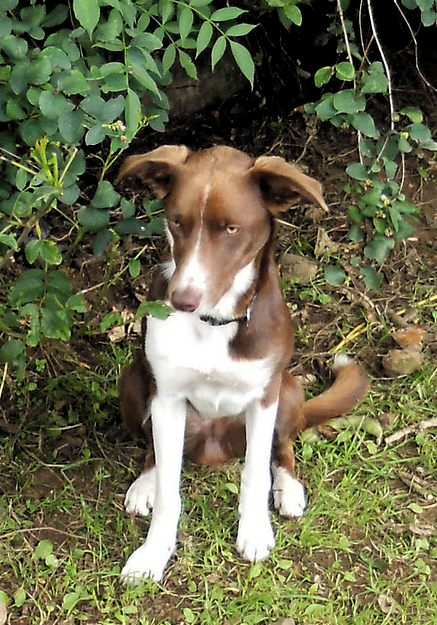 Could they be border and kelpie? Is there a way to find out if it's her sis?

Kelpies are almost unknown in this country. I think she might be a lurcher type which is usually a hunting dog bred from collies and greyhounds/whippets.

I am hoping to find out more which is why I've posted the clipping. This is a small town.