Every year I hope for a decent summer and wish for an Indian summer. This year my hopes and wishes came true. At the back of my mind I worry that this is climate change in action then, being sensible, remember that climate change and the weather are different things. Still, it is good to know that fine summers are not a thing of the past.

The hedgerows are loaded with berries and, as always, I've been out picking blackberries, I've not had to walk further than ten minutes from the house to gather pounds and pounds of them. Stretching for the juiciest berries, always high in the hedge, is doing wonders for my stiff shoulders. It's a bitter sweet thing gathering blackberries for I'm loaded with memories of my younger days and remembering 2012, gathering berries for consolation as my dear cousin Joe lay dying.

I hope the Indian summer continues into October as we expect many family visitors. Ganching is doing a tour of Ireland and Vancouver Brother will be here in just over a week. He is including London and France in his grand tour. Leitrim Sister will be popping up at some point, London Sister is expected near the end of the month and everything would be complete if Kerry Sister could make Antrim this side of Christmas.

And I've just had daughter Katy and her husband to stay. It was little more than a long weekend but still a delight to have them. On Tuesday we went to Derry on the train. It was rather a dull day but we were able to appreciate the spectacular scenery between Coleraine and the Maiden City, described by Michael Palin as “one of the most beautiful rail journeys in the world”.

We visited the murals in the Bogside and Mark was taken aback to see graffiti stating 'Brits Out.' Katy was quick to reassure him that this didn't apply to the average Englishman, rather to the British state and government. I'm not certain that he was completely consoled by this knowledge. 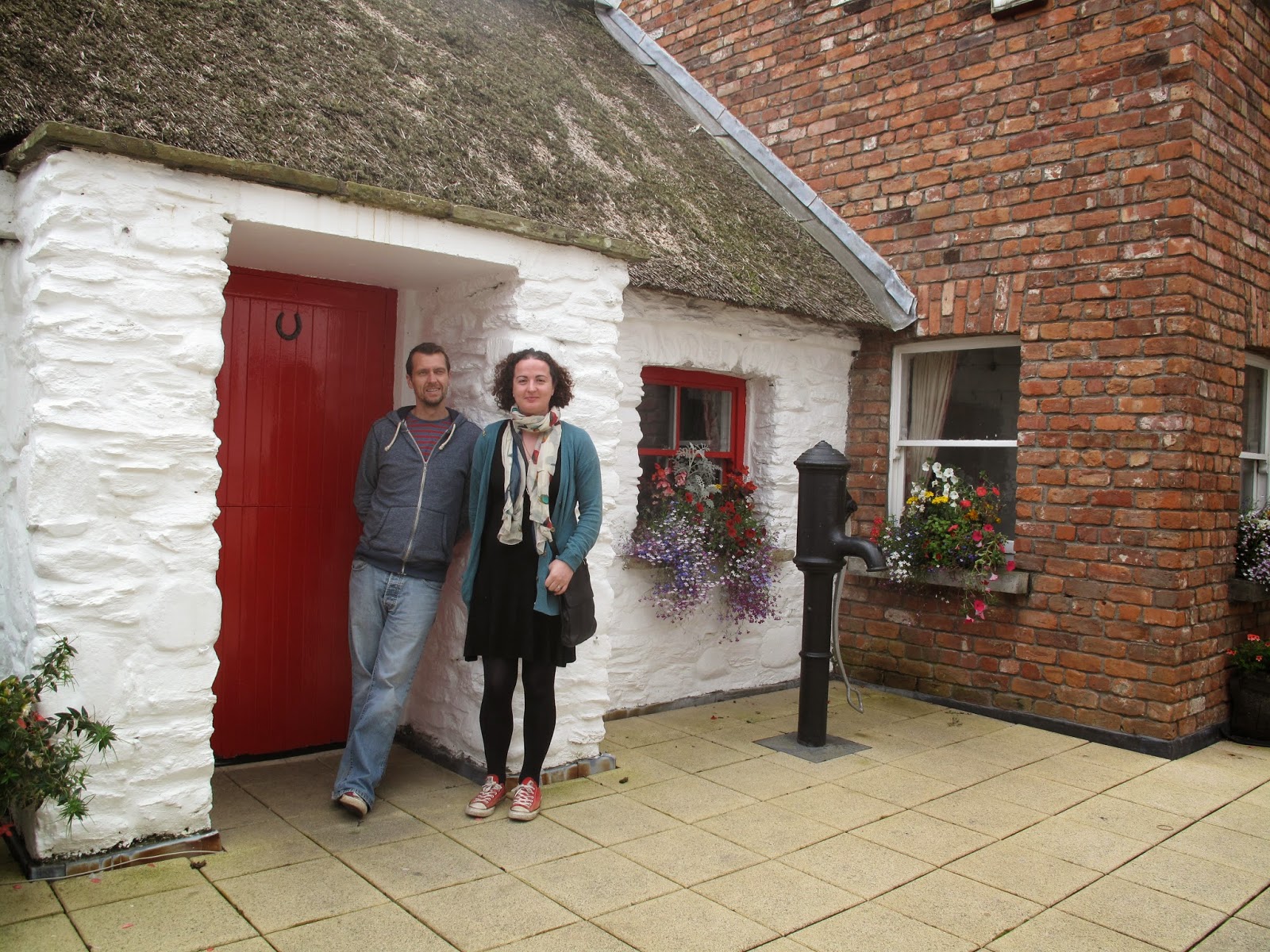 Katy and Mark in the Craft Village

Derry is not a big city and the part within its walls is small too. We visited Bedlam and I noted that the crocheted and knitted cladding is looking less vibrant than before. The weather takes its toll. The Bernadette mural in the Bogside is in need of restoration too. Before Derry became the City of Culture many of its buildings were dilapidated and overgrown with buddleia. Now there are signs of a return to dilapidation. Despite this I love Derry, I love its history and I love its vibrancy. Some say that it is a violent city by night but I find its people to be incredibly welcoming and friendly.

On the way home we sat on the other side of the train, the side that does not look out to the sea and instead admired the hills. A worthwhile visit for sure and I look forward to going back very soon.

A day in Derry by train, now there is a plan to think about. Thanks Nelly. Enjoy your visitors!

Thanks for the tour, I learned more than a few things!

Wonderful and I really enjoyed the links. :)