I have just finished watching the first two series of House of Cards. Essentially, as far as politics go, it was complete toodle but, as a drama, it was  tremendously enjoyable. The acting, particularly the two leads Spacey and Wright, was tremendously good. Kevin Spacey has created a marvellous, Machiavellian villain.

So that's me a-waitin' on my next fix of House of Cards and Game of Thrones. And speaking of Game of Thrones, Season 5 has been shooting recently here in Northern Ireland. I'm not enough of a geek to know if location shooting is still going on but I am enough of a geek to have enjoyed a recent conversation with one of the extras. He wasn't able to tell me about what was going to happen, said that if he did he'd be contractually obliged to kill me but he did tell me about some of the previous season's shoots. For instance, y'know that highly erotic scene back in Season 1 where Daenerys Targaryen first got it properly together with Khal Drogo? They were actually supposed to be glamping in a luxury yurt befitting a warlord. Where the romantic pair actually were was in a cowshed somewhere in Buckna.

I was unable to pick my informant out in his scenes in the actual show. He said he was the one with the big black bushy beard. Not helpful. Not helpful at all. 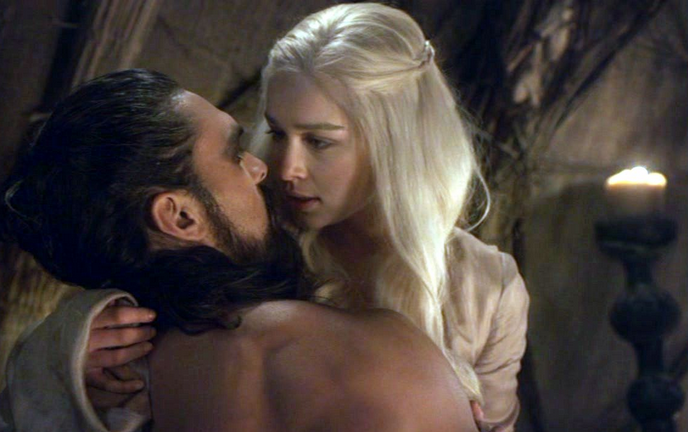 Once upon a time in Buckna

I miss these as I don't get the channel they are on. You can give us all the details.

When you do get a chance watch. It's great TV. We are big fans in Northern Ireland as lots of the location shooting takes place here. And almost everyone knows at least half a dozen of the extras.