Banjo Man was the first person, actually the only person, who enthused (raved) about this band. Last night he made me watch this video on YouTube and I have to admit I was impressed. Banjo Man and his band Dogg Ruff String Band  have been doing their own version of Old Number 7 for a while now so I've heard the song a few times.

There was this other band too... racking my brain now. Phoning Jazzer now. Futurebirds. Now I know why Banjo Man has grown a long beard. He is going all modern Americana. I think he even has a Pinterest page of decorated beards on the go. Can't wait until he is plaited, beflowered and beaded for it will certainly dilute his current White supremacist look. 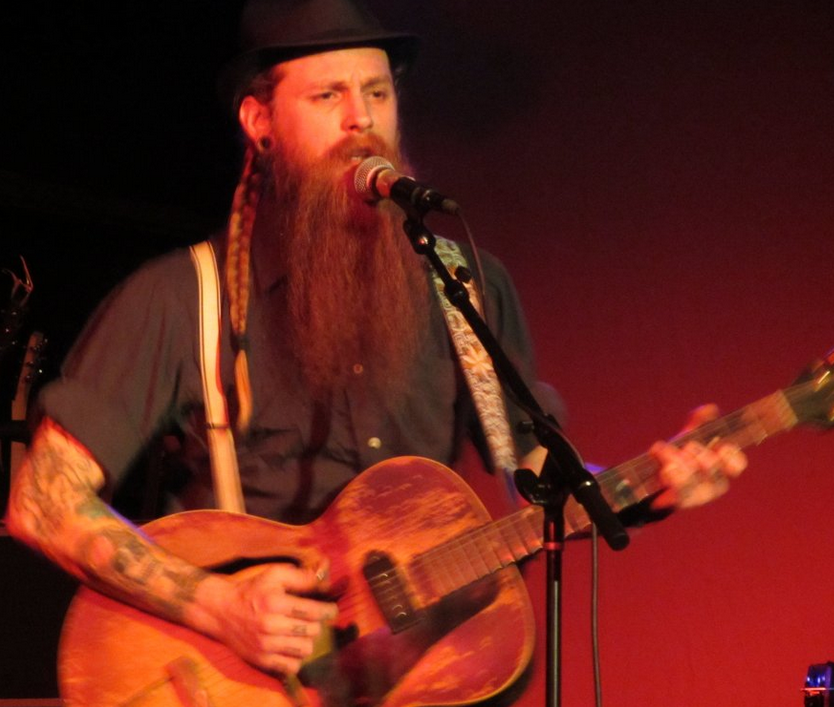 Is that not a darling beard? The wonderfully named Cooper McBean who plays tenor banjo and guitar with The Devil Makes Three.

Thank you - shoulders not too bad at the moment. Decrepitude is a bitch.