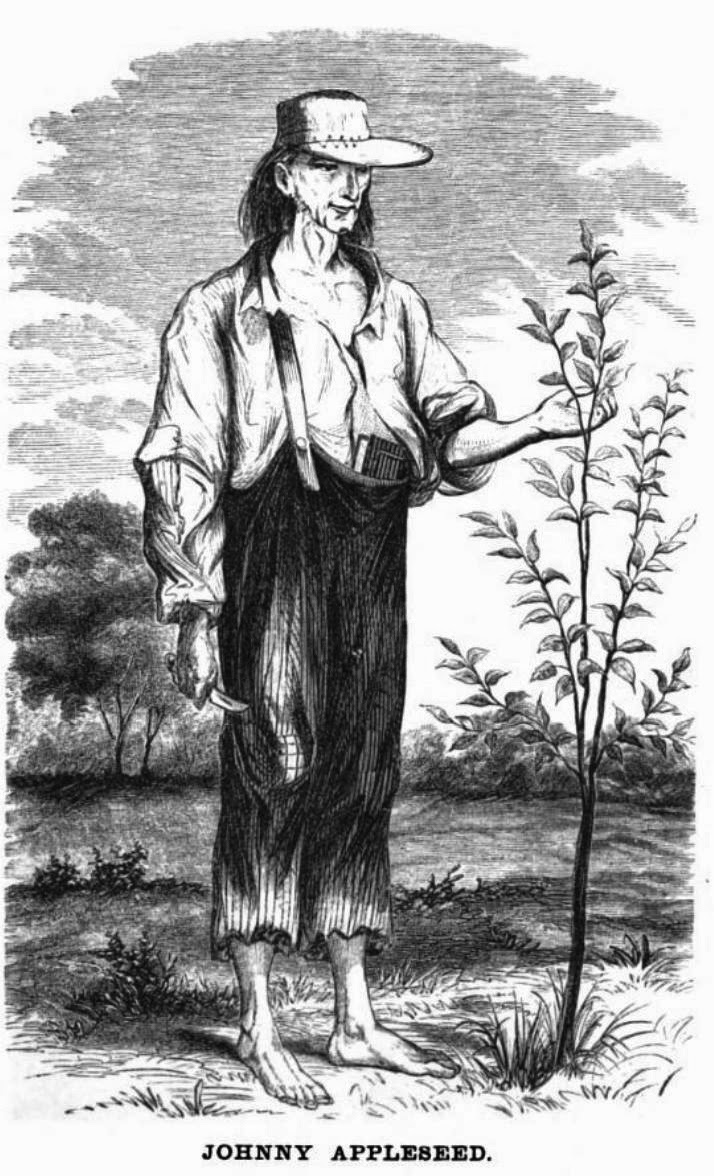 At primary school one of the stories in our Wide Range Readers was Johnny Appleseed. As I remember, Johnny was presented as a jolly hobo who wandered the length and breadth of America with bags of apple seeds which he planted everywhere for no reason other than benevolence. And this is how Johnny Appleseed is generally known. I never gave him another thought until I read The Botany of Desire: A Plant's-Eye View of the World by Michael Pollan.

Pollan's work shows how people and domesticated plants have formed mutually beneficial relationships. His chosen plants are the apple – our desire for sweetness, the tulip – for its beauty, marijuana – which intoxicates us and the potato which nourishes us. Each of these plants has thrived through selective breeding and genetic engineering. It was a fascinating read which I'd recommend to anyone who takes pleasure in growing – anything!

The section I enjoyed the most was the one on our desire for sweetness and apples. Pollan had a lot to say about Johnny Appleseed or, to give him his true name, John Chapman. The tale I had from school was over simplified. John Chapman was a fascinating man. But he didn't just wander around the United States planting seeds willy-nilly. He planted nurseries of apple saplings and sold them to farmers. When a nursery was established he left it in the hands of a manager and moved on, planted another nursery and continued in this pattern. He made a decent living. Now an interesting fact about apples is that they don't grow true from seed. Indeed, if you were to take an apple and plant the several seeds that it contained, each seedling would be entirely different from the others. And most would be sour. Apple trees that produce sweet fruit may only be propagated by grafting. So the vast majority of John Chapman's trees would have produced sour fruit. So why did people buy them in such large numbers? Because sour apples are just what is needed to produce hard cider and applejack. Our reading book never mentioned that.

Which brings me to my own recent experiment. I've been wanting Bert to make a cider press for ages but he has yet to get round to it. So I was rather pleased when a friend sent me a link to a method of producing cider without using a press. I gathered my apples, a mixture of Bramleys, crabs and dessert apples. Mostly Bramleys as they are what I have at hand. They are not ideal for cider but it is just an experiment.

The recipe uses a juicer instead of a press and we happen to have a sturdy masticating juicer which makes it easier still. 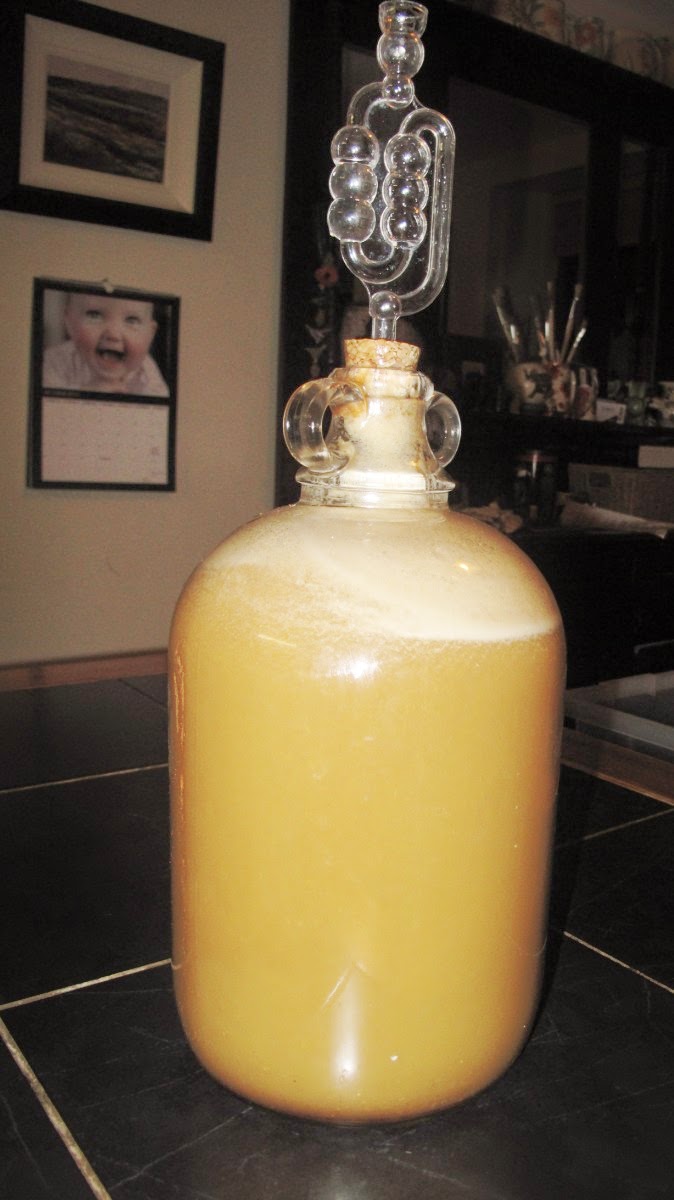 For those of you in Northern Ireland all the specialist equipment needed can be purchased at Hillstown Farm Shop near Ahoghill (and Randalstown) or Nature's Way in Belfast.

People have been using GMO methods for eons...
John Chapman was an interesting fellow, wasn't he. I will be putting the book on my list of "to read". This whole post is interesting. Thank You!

You're most welcome Brighid.