And What Of The Pigs?

7th February. I wonder if anyone knows of a lost Vietnamese Pot-Bellied pig? Very young. It is running terrified through fields near Cullybackey. We have tried to find it but have not been successful. It was found in a shed in a farm off the Kilrea line but escaped before it could be taken to a place of safety. I wonder if the poor thing has been dumped. Unwanted Christmas present perhaps? If so, the person who dumped it is a horrible, uncaring, stupid piece of shit. If that piglet doesn't get to a place of safety it will die very soon.

8th February. Bert has been searching for the abandoned pig. Sighted it today and there are two of them! This gives them a better chance of survival. We have hopes that they will be brought to safety. If they cannot be captured and they are boy and girl there may soon be herds of wild pigs roaming the hedgerows and plantations of Cullybackey.

9th February. And then there were three! All boars so it is likely that they were abandoned by the breeder.

10th February. Man arrived in yard today to ask if we had lost two black pigs. Two piglets sighted in another area. The thing is, are they two of the original trio or, are there 5 of them? Bert has gone to search the place where we first saw them.

11th February. Two callers to the yard yesterday, both hoping that the abandoned pigs were our responsibility. Two sighted on another farm frightening sheep and scaring the horses. The authorities have been contacted and vets are trying to locate them. It won't end well for the pigs and it will cost DARD money, probably quite a lot. And all because a breeder off-loaded his/her responsibilities on to other people. I hope this person is found and prosecuted.

12th February. Five pigs spotted today! At least one was a sow.

And then it all went very quiet. This is what I think happened. The pigs weren't unwanted pets. They had not been abandoned by a breeder. They most likely belonged to a near neighbour of the lady who first contacted us. It seems they had simply escaped from a poorly fenced paddock and were happily exploring the surrounding countryside. The lady, let's call her Suzie, approached the likely pig-owner and he said that they couldn't possibly be his pigs as he counted them every night and they were all present and correct. I'd guess that if he had been counting them during the day the roll-call would have shown a few absentees. Since Suzie called with him the pigs have not been seen.  So I reckon he is keeping them indoors. Poor little pigs. They must have been having the time of their lives exploring the surrounding townlands.

It brings to mind that Van Morrison song. 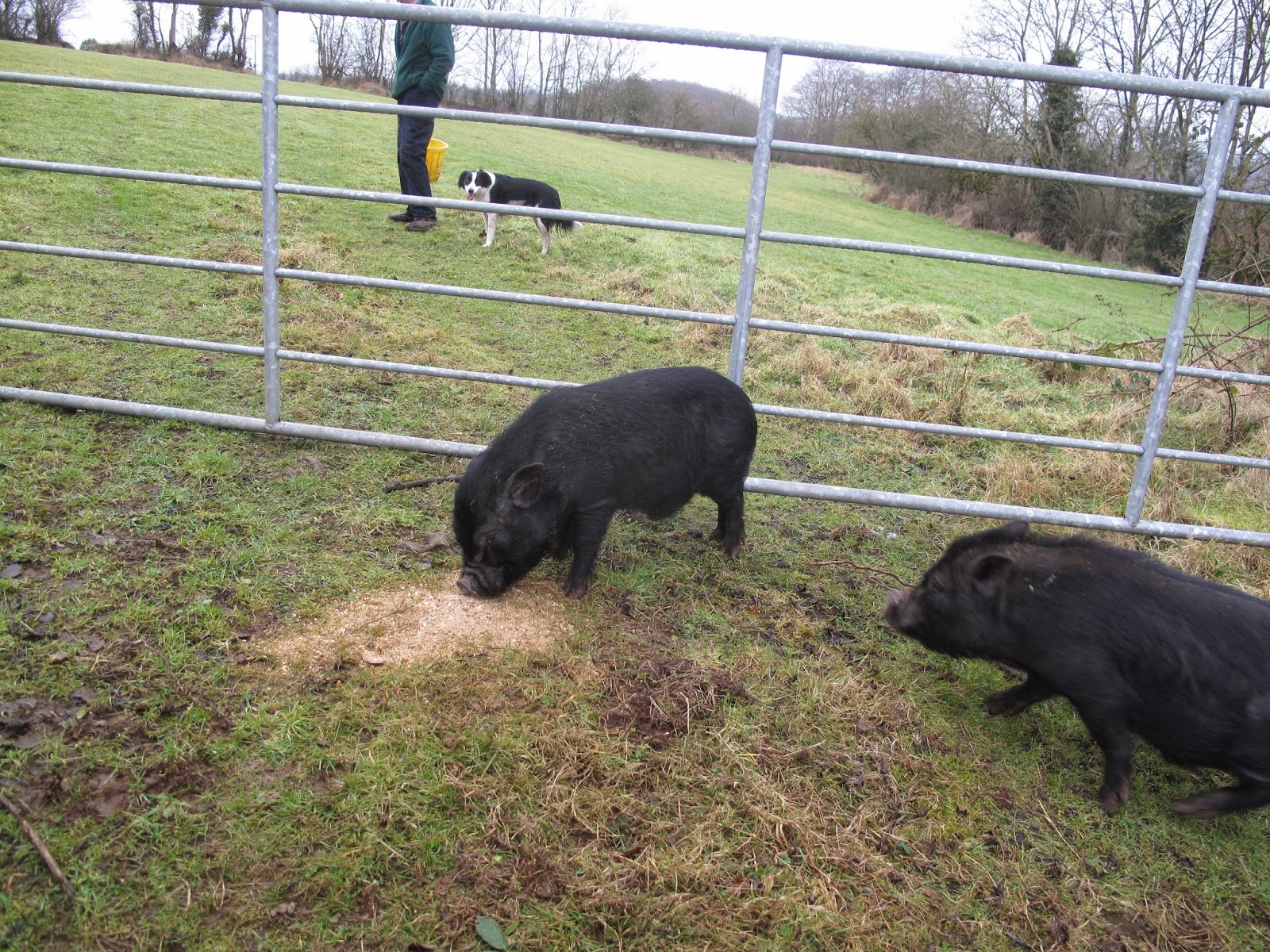 When it's nobody's business the way that you want to live
I just have to remember there'll be days like this
Posted by Nelly at 9:03 pm

Well, now my mind is at ease. I was hoping as I opened your blog that there would be news of the pigs. Let's hope the owner pays good attention to the fences from now on.

I hope he does.

Glad the matter got sorted out.
Good fences make for good neighbors.