Is there anyone who hasn't turned to the natural world for comfort during this awful pandemic? Even though the frigging virus is also a part of that same natural world.

I was feeling really flat yesterday and forced myself to go do some polytunnel pottering to cheer myself up when I heard the pheasant squawk.

Must go fetch the camera and see if I can capture it. Will be a change from my millions of pictures of finches and collared doves. But when I got back the pheasant had turned into... 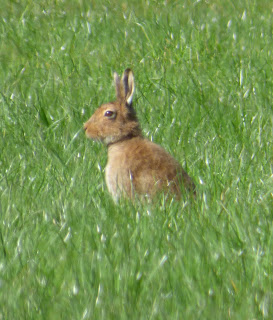 ...a hare! The first one I've ever spotted around here. I took a few quick shots then fetched Bert. He just managed to see it before it disappeared into the wood. He said it has been decades since there have been hares in these fields.

It really cheered me up to have seen it and I spent a contented half-hour sowing nasturtiums and beans.

No more sightings or squawks from the pheasant so I decided to take a dander towards the wood, camera at the ready. No pheasants here, just a quick glimpse of a red fox disappearing into the trees. No photograph to prove I saw it. No time. Now I was even more delighted. Until I considered that, although Fox is a beautiful animal, it will be hungry and pheasants and hares may need to take care.

It is only a small sorrow that the fox might eat the foolish pheasant. It would be a rare thing if it killed an adult hare but foxes will kill and eat entire leveret populations.

Bert and I were discussing this when he remarked,

Y'know, I haven't seen any buzzards around for a while. I wonder if some sheep farmer is poisoning them?

Last week we'd found a dead buzzard at the edge of the wood which Bert thought might have been poisoned.

My mood plunged. What if someone was systematically poisoning the buzzards? I felt hatred towards that someone. And couldn't stop dwelling on it. The country is full of sheep at the moment and some sheep farmers believe that buzzards kill newborn lambs. They don't, although are known to feed on dead or stillborn lambs.

So there we are. Nature isn't all primroses and songbirds. It's horror and death and bastard farmers flailing hedges, cutting down trees and poisoning birds of prey. 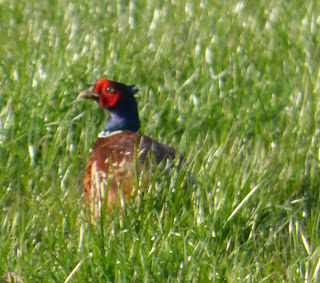 I did eventually see that stupid pheasant. But not today. When I told Hannah about the fox she said,
Oh good! There will soon be some interesting bones in the wood.
I called her a ghoul. 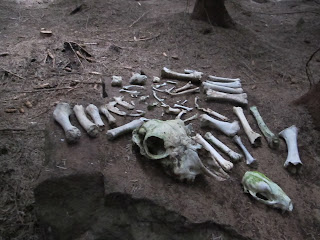 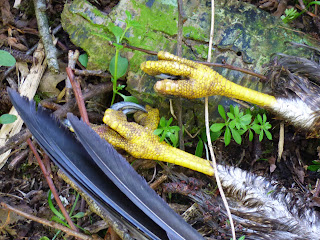 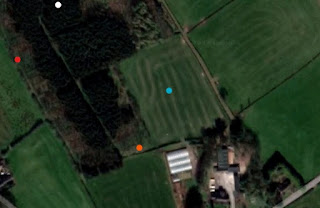 Lovely essay. That hare has a collar on.

You'd nearly think so! It was such a privilege to see it so close to home.