Rusty got sick last weekend and at first we thought it was a return of the pneumonia that he suffered from when he was a little pig. We got a shot from the vet and put him under an infra red lamp. It was a bad sign that he just stood there and took the shot. Poor thing was too weak to struggle.

Lily made all our lives difficult. It is so hard to nurse a sick pig when there is another one vying for attention, the warmest part of the enclosure and all the food so we decided to separate them.

He was completely off food and would not drink so we brought the vet out the following day. His verdict was that Rusty had 'got a foundering' and we were to give him warm liquids and tie a blanket around him. His temperature was low and he got another shot to prevent him from taking anything while his resistance was low, He needed to be warmer. So we built him a little den within a stall with rubber matting and piles of cardboard on the floor. It was lined with bales of hay and he had piles of straw bedding. This kept the heat in as did the blanket tied round his big round middle. He still wasn't eating or drinking but he was starting to feel warmer. 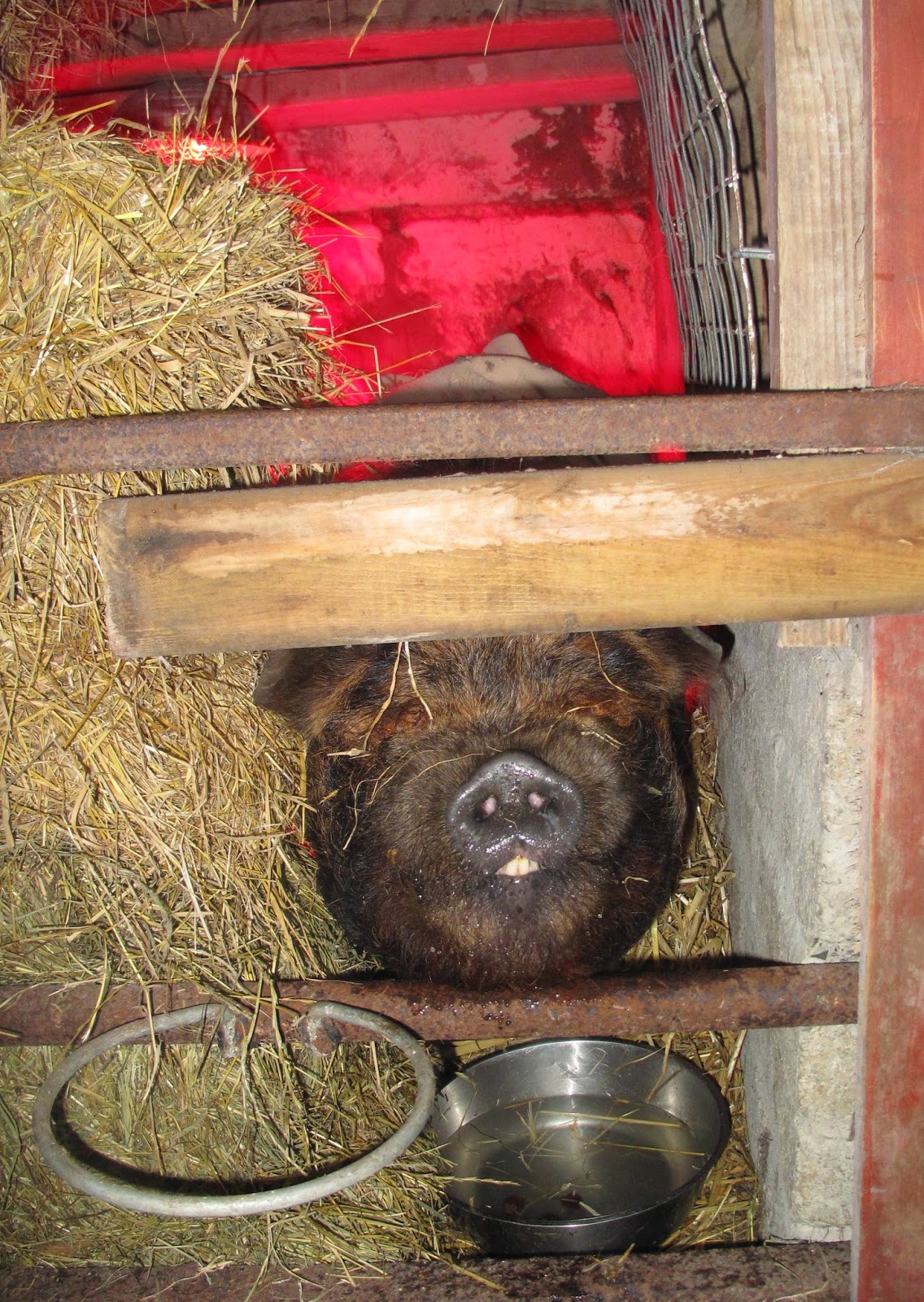 Rusty on the mend

The next morning I went out half expecting him to be dead but when I went into the house there were morning snuffles and grunts coming from both sides. Rusty was up and he felt considerably warmer. He took a decent amount of water and afterwards a bowl of warm mash which he wolfed down. While all this was going on Lily was squealing with rage so as soon as I'd finished with Rusty she got her breakfast too. I went indoors to tell Bert the good news.

I had the dentist that day and while I was out I stocked up on strawberries, grapes and bananas for the patient. As soon as I got back I was hand feeding strawberries to the poorly boy while his sister raged. She got some but Rusty had most of them. Lily knew she was being short changed.

Rusty continued to eat and drink so we put them together for a while. That did not work out as Lily started to bully him. He is a great lump with big scary tusks yet he is mortally afraid of his sister. He is a far nicer pig than Lily.

I had another appointment today and while I was gone Bert tried them together again leaving a door ajar so that Rusty could escape her wrath if he needed to. After a while he heard them squealing and within moments Rusty was at the back door looking in at Bert with a beseeching 'rescue me' expression. I don't know what we are going to do. If I felt he was completely well I would let them sort it out between them but that doesn't seem fair when he is recuperating. 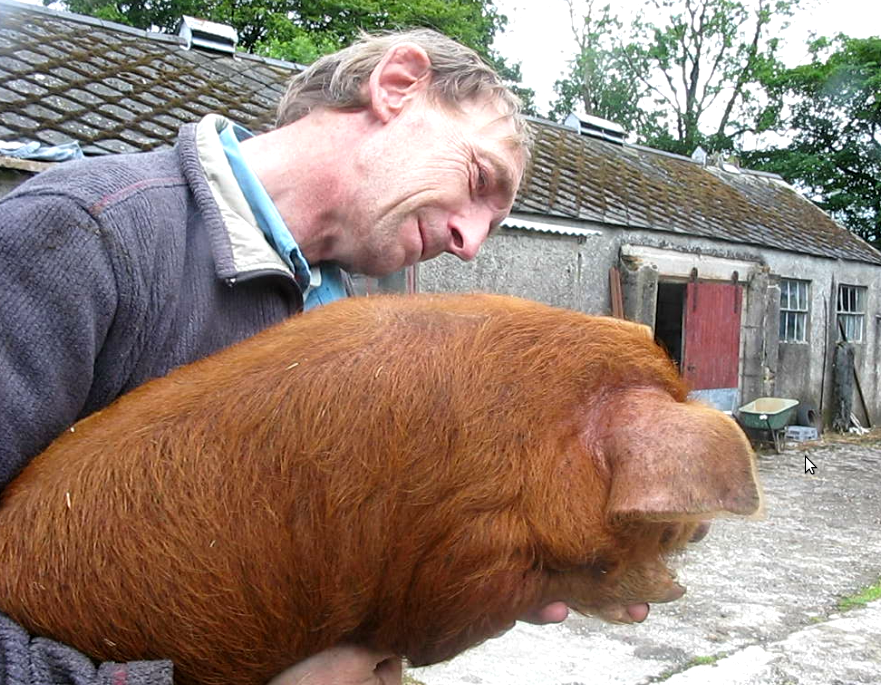 The day the pigs came

People – pet pigs are not for the faint-hearted. In fact they are not for anyone who has an ounce of sense.

In other news – my hospital appointment in Belfast went very well and it seems I will be getting my cataract surgery sooner rather than later. 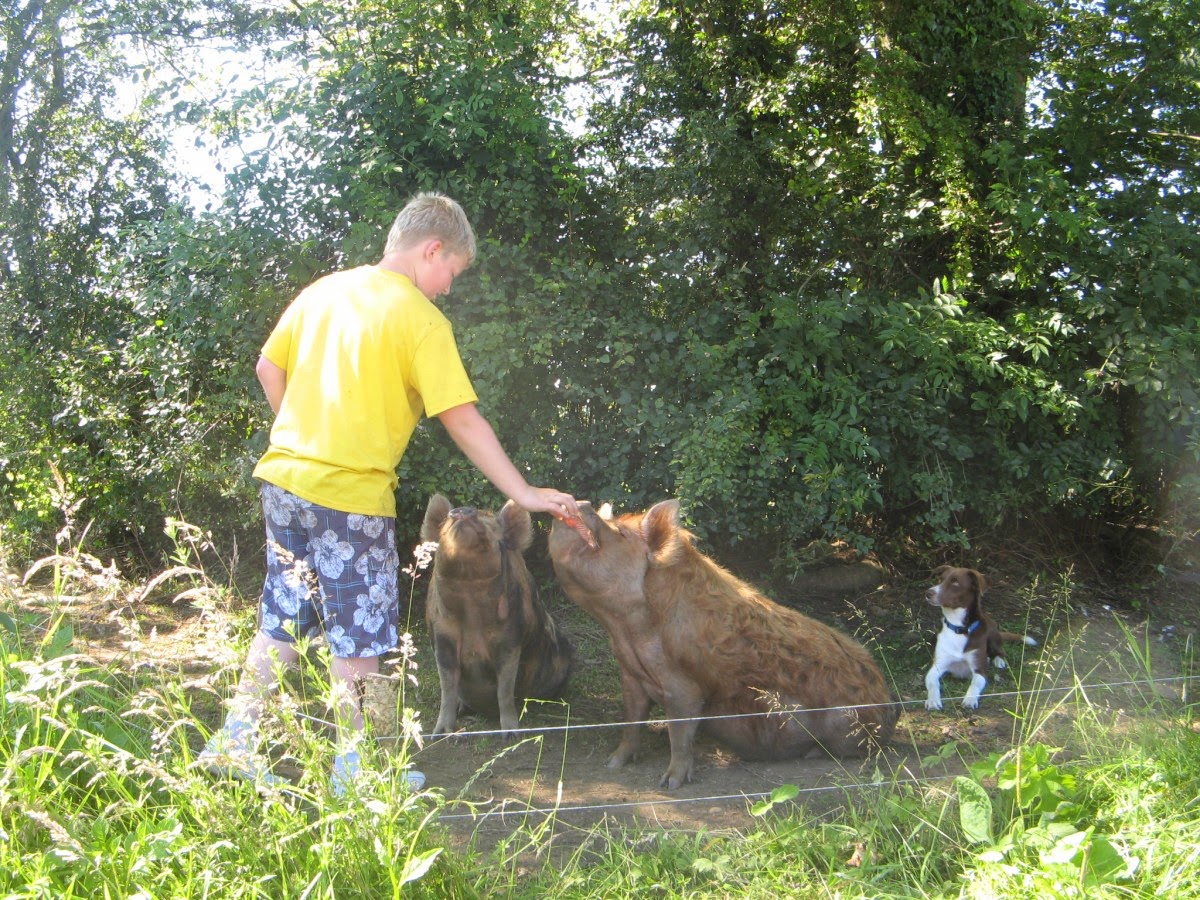 Strawberries are their favourite food

Good luck with the cataract surgery. I have had both done and very pleased with the results.

I am almost looking forward to it. I have another one developing in my left eye but I think it might be a year or so before I need it done.

The caataract surgery sounds wonderful, but the pigs not. I had a pet pig at a summer camp, and I thought he was great. He was huge, and I so hope yours don't grow that giant.