Miss Martha is otherwise engaged for ten weeks. She is doing an important after school class in the martial arts and is likely to become a child not to be trifled with. The sad part is that her class will be on a Thursday which is her day for spending the afternoon in Cully. The jolly part is that it means we have Evie all to ourselves and, as the van only has three seats, we can have days out that include Bert. He had errands in town so we decided to pick up Evie from nursery, do the important business, then go to Cafe Couture for lunch.

Evie was convinced that she would be given a complimentary lollipop after her meal so when this didn't happen she was rather sad. So we went to Lidls and bought ice cream and other essentials.

On the way home we listened to Alan Bennett read In Which Pooh And Piglet Go Hunting And Nearly Catch A Woozle. We all enjoyed it very much. Every time we hear it I have a new best bit. Today it was...


As we approached the end of our lane I noticed the oncoming traffic slowing down and pulling out as if to avoid something. I said to Bert,


Unfortunately it wasn't a woozle. It was Lily. The pigs had broken out of their paddock and Lily had spotted the recycling bins at the end of the lane. No doubt thinking they were full of delicious food she went down to investigate. She overturned the bins and spread the contents around and by the time I got out of the van she had crossed the road and was trying to batter her way into another field - grass being greener and all that kind of thing. The good pig Rusty contented himself eating silage in the yard. We had got home just in time.

Yet another rethink needed on keeping the kune kunes contained. Pet pigs? Don't even consider it! 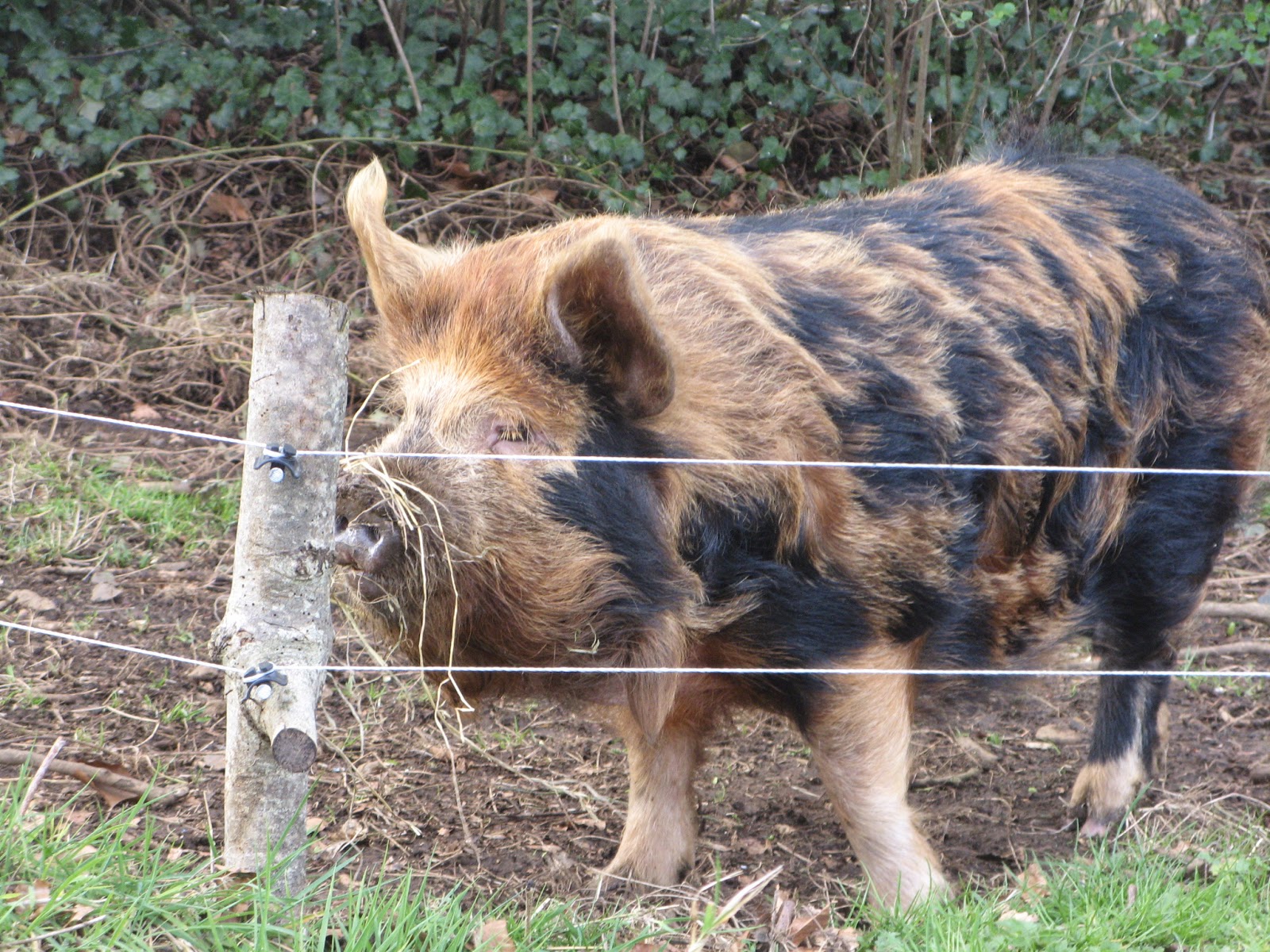 Hey Pig-Keeper! Call that a fence?

Haha, love your pig farmer adventures. I raised project pigs as a kid to earn money for college. My DIL was raising weaner pigs when my youngest grandbaby (a preemie) was born. Guess who got to take care of the hog operation while they were in the hospital. It was a head lesson for granny!

Pigs are not easy to deal with even when they are not completely spoiled pet pigs!