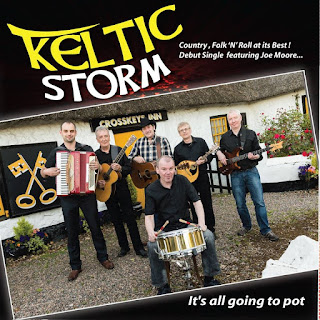 Our chickens took quite a scattering this summer. Apart from the depredations of the fox we had another one died last weekend, probably from some sort of a respiratory infection. The vet was in the yard on Friday morning and Bert had every intention of getting her to look at it after she had finished testing the cattle, but she started talking about trees and headed off to look at what Bert had available and by the time he'd closed a gate or two she was off and away.

My advice was that he should pull her neck, the hen not the vet, but he didn't take it as he is becoming soft-hearted in his old age. I think that might be the Martha and Evie effect.

She died without the benefit of Bert stretching her neck. That meant we were down to four hens and one rooster and an average of two and a half eggs per day. Definitely time to replenish the flock especially as Bert and Ben had spent a lot of time fox-proofing the run with heightened fencing, reinforced at ground level and, best of all, electric fencing top and bottom outside the perimeter.

I had promised Martha and Evie we'd buy them each a chicken. Evie wanted a pink one and I had to tell her that chickens don't come in pink. Martha helpfully suggested that we could get a white one and dye it pink and I had to disappoint her by telling her that dye would not be good for a chicken's skin.

It was obvious that bog standard hens were not going to cut the mustard with them so after asking around we went to a guy who breeds bantams and other fowl. His place was rather out of the way so I reckoned Bert should drive us as he is usually good at finding his way around. Our van is only a three seater so I had to sit in the back, in the dark as there are no windows. It was very rattly in there but I was just about able to hear Martha and Evie singing their current favourite song, our friend Rod's version of Willie Nelson's It's All Going To Pot. The girls have got it nearly off pat now. Imagine their childish voices doing sweet sister harmony.

All the whisky in Lynchburg, Tennessee

You can keep your pills

Cause it's all goin' to pot.

Despite my specific directions and a Google maps printout and a photograph of the house Bert still got lost but I didn't mind. For we found the place eventually and the girls were delighted with it. There were ducks, chickens and bantams everywhere. And, best of all, lots of cute little fluffy chicks running around. We had to be specific as to the type of bird we wanted as they needed to be able to cope with the chickens we already had so, guided by the breeder, Martha chose a golden coloured Pekin and Evie picked a white Silkie. They had both been clocking so we also got a clutch of eggs. Back into the van.

The journey home was a good deal shorter as Bert did not go astray. Just as well, as I was sitting in the back with two quiet hens in a box and eighteen eggs up my jumper. The girls put their favourite song on and sang along. I couldn't have been any happier.

There are no pictures of the new chickens just yet. They are in their own little house, in nesting boxes, sitting on their eggs and we don't like to disturb them. Maybe tomorrow.

The hens will be called Honey (the gold one) and Flour (the white one). Girls chose the names themselves. They are called after food. I hope no-one tells Foxy.
Posted by Nelly at 11:21 pm

perfect names for the chicks.

I agree and I hope your recovery continues GM.