There are some things that just stick in the mind. One of mine is my great-uncle Father Joe's funeral, which I wasn't allowed to go to. Father Joe or, to give him his full title, the Ven. Archdeacon Joseph Byrne, was the Parish Priest of Larne. He was greatly loved by his family and by all who knew him. Father Joe was described as 'a man noted for his kindness, goodness and piety', and he was certainly very kind to us, his great-nieces and nephews. 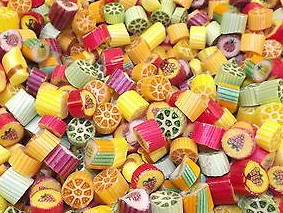 On days off he'd drive down to Tannaghmore in his ancient, blue Morris car, do the rounds of the grown ups houses, then pile all us children into the car, probably about six of us and take us out for a 'run'. He drove slower than anyone I knew and always tooted his horn when he approached a bend in the road. There would be a white paper bag of sweets with pictures of fruit which he bought in Mrs Fletcher's shop on the Pipe Road. We'd get one or two sweeties and they were that hard they'd knock the teeth out of your head. These runs would often end up at Uncle Joe's house near Cookstown Junction.

Father Joe died in 1961 at the age of 77. I didn't get to go to the funeral. Mammy said I was too young. But cousin Joseph was going and he was two years and a month younger than me. But that was because he was called after Father Joe, Mammy said. This didn't mollify me. Cousin Joseph was going and I wanted to go too. Mammy stood firm. I stayed home.

Then, about a month later, we were given a copy of a photograph of little Joseph (barely six years old) standing at his great-uncle's grave looking suitably solemn and sad. I was raging with jealousy. I've never forgotten that feeling but, I'm glad to say, I never held it against young Joe. I blamed the grown ups.

Joe's gone himself now. Three years ago today and I miss him still. We all do.
Posted by Nelly at 10:47 pm

That's a sweet picture of Joe.

That's how he was.

I remember hard candy as a child, my granny always had hard ribbon candy in a little cut glass dish on the side board.

And if it was left too long it stuck together in a clump.