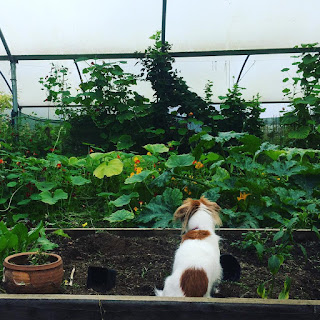 Hopeful news about Roy. and please keep us posted about Gracie. How are the humans?

Gracie is still in doggy hospital and her recovery appears to be slow. Humans are all fine and getting over manflu. Weather very, very cold but I shll not complain as I am safe in a warm house while other people in England and Scotland are trapped in cars on the highway. We're just not used to low temperatures in this part of the world. Hope that you and yours are well and warm.