My mother was a bit of a hypochondriac, overly concerned with her health and I have always tried not to be but, as a body grows older it gets harder and harder. My hypochondria, such as it is, manifests itself in the middle of the night if, for some reason, I find myself unable to sleep. Or, even worse, I am wakened by some inexplicable discomfort. Like this morning, when I started from sleep because of a sore and itchy left hand. At first I thought I'd slept on my paw, it was stiff and slightly swollen and worst of all itchy beyond belief. I scratched and scratched which only brought a moment's relief. Anxiety kicked in. It must be an allergic reaction. What did I do? What did I eat? I scratched some more then remembered I had some antihistamines left over. Anything to relieve this damnable itching.

Within half an hour the itching had eased but my hand was still stiff and sore. Still, I managed to fall asleep and did not wake again until nearly ten o'clock. My hand was still swollen but the itch was gone. I felt down, firstly because I had slept too late and secondly because my body was a wreck and I was going to end up allergic to everything. What had I ate? There was the blackcurrant wine but I'd had it a few nights ago and no reaction.  Oh yes, pine nuts. I'd added pine nuts to a rather bland salad and as the packet was still sitting out I'd had a few more spoonfuls after supper. I'm trying to ease off on sugar (afraid of diabetes) and when I do that I always turn to nuts. No more pine nuts, no more pesto. God, this was getting depressing. I might even be allergic to dairy or wine and where was it going to end? Living out the rest of my days eating a dreary diet of milkless porridge, green vegetables and whatever first class protein my stupid immune system permitted me.

I plodded on with my day. Sowed some seeds to cheer myself up. Peter called in. I was recounting the story of being woken up, hand on fire, batting of my husband's puerile jokes about the duvet in flames when Bert said,

Probably something just bit you.


And then I remembered, the last time my hand felt like that was about ten years ago when a spider I was rescuing from a sink bit me on the finger. Knowing what it probably was made me feel a lot better because I can still eat pesto and drink blackberry wine. Unfortunately for the spider clan I might be less careful when cleaning and vacuuming for I'm always watching out that I don't hurt my eight-legged friends. But from now on I'm going to look the other way and hoover the fuck out of them. Imagine it, a decent wee woman sleeping away and Incey-Wincey lowering himself on to her pillow and the good wee person accidentally brushes him with the back of her hand and next thing allergic reaction. And if that doesn't deserve a good run of Hettying  I don't know what would. 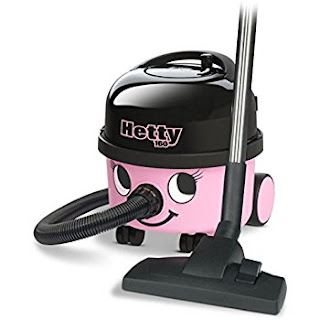 Actually, I probably will still be nice to spiders. Getting bit once every ten years isn't too awful. And I can still drink blackberry wine.

My mother had a bunch of medical problems and was a hypochondriac on top of that, like to drove me crazy with her always going on about health issues.
Glad to hear you figured it out, I was going to be depressed if you were going to cut out the blackberry wine...

Not as depressed as me...

Oh dear. I guessed a bite, but reading this to the end was a treat.