I tried something new today. Spaghetti Bolognese. Spaghetti Bolognese! The dish that even students can make and that everyone else has been serving up for over half a century. I have made it before, probably at least 480 times before but today was the first time ever I used a recipe. 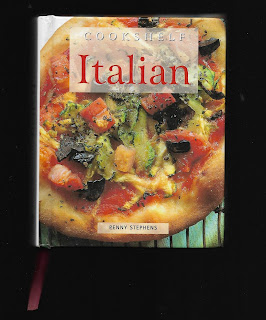 And this is the book I used. It's a great favourite of mine although generally I just make desserts. 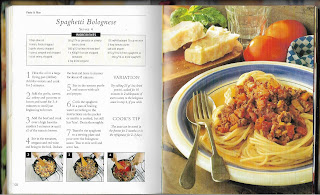 This is the recipe. Usually, when I make spag bol I go overboard with the herbs and throw all kinds of vegetables in. That's what happens when you've been making the same dish since you were twenty. Bad ideas become a lifetime habit. This recipe just uses onion, tomatoes, garlic, carrots and celery. Not a bell pepper in sight. And the solitary herb used was oregano. I cooked everything far longer and slower than I normally would and the only variation from Penny Stephens' book was using damson and blackcurrant wine instead of red plonk.

The verdict? It was very tasty. Dave called it a 'triumph', Zoe had a small second serving and Martha and Evie cleared their plates and asked for seconds despite having already eaten spag bol for school lunch. Bert said it was nice but too many carrots. I'm having the leftovers on sourdough toast for tomorrow's breakfast. Hannah said that Thai people would be horrified by what Irish people eat for breakfast. She was referring to something she called 'slop' and I would call 'porridge'. Apparently, Thai people eat supper's savoury leftovers for brekkie and so shall I. Tomorrow anyway. 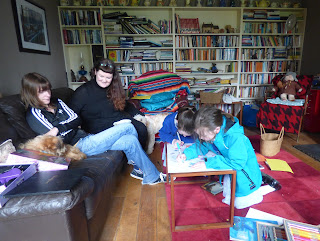 And these are the grandchildren with Hannah and Mel. They are drawing nicely with every Sharpie, colouring pencil and oil pastel in the house. Last week they had that table upside down in the middle of the yard with my blue silky cushions padding it and a small dog wearing a pink plastic tiara perched on top. I'm afraid I was cross and I regret that. I should have taken a photograph instead. 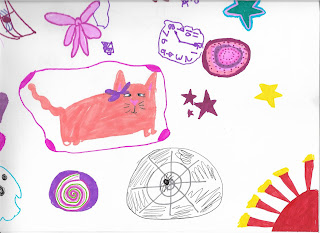 You could give us the recipe please? :)
Yes, I left my camera behind today and regret it.

If you click on the second photo you should be able to read the recipe. And as to cameras, I'm ALWAYS missing great photo-opportunities.