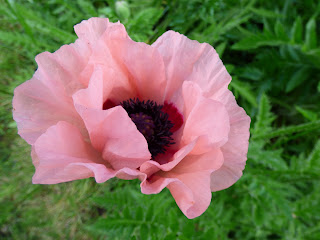 Wednesday: On this day I was supposed to keep Hannah company as she travelled a job interview in a far away town. This was cancelled due to her being offered another job in a nearby town. So I went to the Tannaghmore funeral with the young brother. The man whose funeral it was came from a big connection. The priest who conducted the funeral Mass was from the United States, a friend of the family, his people originally from Ireland. Father Pat Universal. That is a name with a ring to it. The service was beautiful, very life-affirming. Nick Cave said recently that atheism is bad for songwriting. I get that. Cave goes on, "It doesn't matter whether God exists or not - we must reach as if he does." That resonates for me. I don't know if God exists, but I want to live as if he does.

Thursday: Roy was poorly so we took him to the local vet in Portglenone. What was wrong with him? He was spooked, edgy, couldn't settle, wanted to be outside all the time, wanted to be given a lot of attention. Not himself. The vet gave him a thorough examination. The only issue was a raised temperature, and him being a big fat boy. The vet thought he might have a high temp because of inflammation in his joints and gave him a shot of something anti-inflammatory. What about his weight? Should we put him on a reducing diet? Oh no. There is no point, he is too old. What about treats? Should he have less treats? Oh no. Give him a couple of treats a day. I love this new vet. The shot worked its usual magic and old Roy is back to normal. Often I think that animal medicine is much better than human medicine. We should all go to the vet.

Friday: I worked in the garden and enjoyed it very much. My energy levels are back to normal. Those blood tests I took? The only thing mildly problematical was my cholesterol levels. I have an appointment to see the practice nurse on Tuesday for blood pressure and advice.

Today: More garden work and I cooked a leg of lamb. A few slices for supper and I shall make curry with the leftovers. And always - checking out the pollinators. 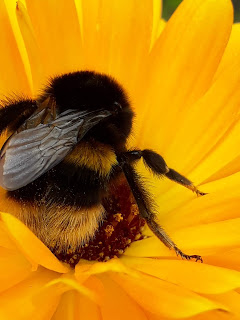