Early summer is usually a very positive time for me what with longer days, warmer weather,  growing things and observing wildlife. It's not been like that this year for I've been feeling a bit rough, a bit elderly these past weeks. There was a viral infection followed by another viral infection and my chronic Brexititis. Sleep patterns were disrupted and I was feeling well below par. So I sought medical advice and today I had my final results.

The good stuff. I am not pre-diabetic, my thyroid activity is normal and my blood pressure is excellent. I was measured and have not shrunk. Still exactly the same height as when I was eighteen. 5 foot 2 and a half inches. I always stressed that half an inch.

The not so good stuff. My cholesterol is slightly higher than it should be although I do have lots of good cholesterol. Who knew there was such a thing as good cholesterol? I got weighed and I'm obese. I suspected that anyway. So now when people lie to me, saying

I shall counter this by saying,

You are wrong for I have it on the best medical authority that I am actually obese. But, hey, who cares! At least I haven't shrunk!

It's one of my favourite things telling people that they are wrong. That, and still being 5 foot 2 and a half inches. 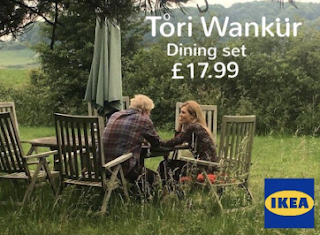 Not being pre-diabetic or having high blood pressure are both huge positives! And not shrinking. :)

I think the wider world environment in which we are living isn't conducive to feeling positive and full of life but gotta look on the bright side.

So true, Mel. Hard to keep away from negative thoughts now. Mine mostly involve Mr Johnson. I hate that his second given name is a brand. Apparently friends and family call him Al. Isn't there a song about that?