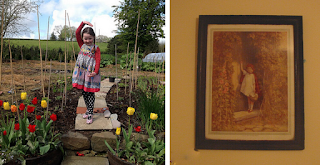 Christmas progress has been slow. Since my last posting my only tick-off the list has been wrapping and posting the Kerry presents, the purchase of three rolls of Christmas wrapping paper and ordering another half-dozen bottles of red wine. Does it count that I remembered A Lidl Christmas pudding at the back of the larder? From 2019 but I'm sure it will be fine.

Other than that it has been an uneventful week. Cold and dank weather too, which has played on my sore knees. I did get the appointment for the X-Ray which will be the day before Christmas Eve. There was a time when I'd have considered this timing to be inconvenient, there being so much to do in the days before Christmas. But not this year. This year the run up to the holiday will be quiet. There will be no visiting and no shopping. It will be wonderful.

Bert and I had this conversation this morning,

Bert, I read on Twitter that Trump has raised millions of dollars since losing the election.

How'd he do that?

Asking his supporters to help fund the campaign to challenge the results.

Millions of dollars you say?

Supposedly. Think of it this way. If every single person who voted for him sent ten dollars, he'd have over740 million dollars.

Then how much would he get if all the people who voted for him and whose votes weren't counted sent him ten dollars?

Yes, it is going to be a far simpler Christmas here too.

I can cope with that. Hoping that your Christmas, Mage will be a good one. It's been a tough year for you and George.