Judy the Rude insisted that I get up at five this morning so she could go pee. She's old and her bladder doesn't function as well as it did. I get that. I'm old too. After we'd both done the needful I returned to bed but couldn't sleep. It was light just before six so I got up, had coffee and watched the birds at breakfast. There were newcomers today. A pair of siskins. 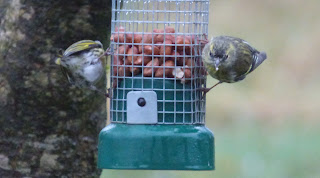 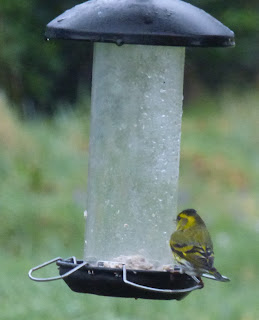 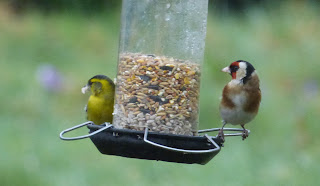 The goldfinches brought a few more of their kind to the table, not quite a charm near enough and there were more chaffinches than usual. A good start to my day. 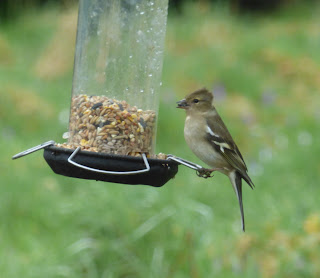 The new seeds I bought yesterday at Pets at Home are going down well with the finches. I'll get a really big bag next time.

All that before collecting Martha and Evie for Home Schooling Thursday. The last two sessions were really good but today they were a bit fractious. There was an incident with a fireside poker and I had to explain lethal weapons and then get a bit shouty. Proper school from next Monday.

Martha had a Teams music lesson at three and her teacher noticed the picture of the guitar player on the wall behind her. 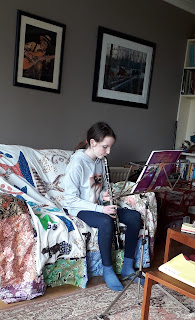 He wondered who it was, suggested Robert Johnson. But it's not. Too old, for Johnson died at 27,  and too round-faced as Johnson had a long face. Long as a Lurgan spade. So not Robert Johnson. 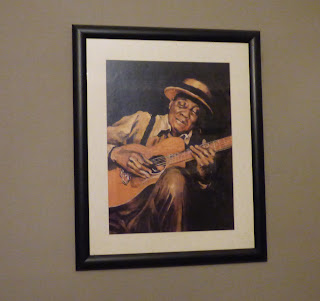 The only clue I have because I bought it in a charity shop was that it was one of three in the same style and the other two were of Louis Armstrong. Any suggestions? Anyone?