When I woke up yesterday I felt pleased to know that Martha, Evie, their parents and their dogs were coming to spend the afternoon and have supper with me. Solitude makes a fine relish for Company. It was another warm day so all doors were open and my own three dogs and the four guest dogs were free to come and go as they pleased. Why it pleased two of them to go upstairs and piss and shit I do not know. How did I know that there were two guilty parties? Simple. The poo (Frank? Ziggy?) was very small and the pee (Jess? Judy?) was very large. Is it any wonder that my eldest grandchild, the owner of a sharp tongue, described this house as 'decorated in dirt'.

There were visitors expected in the evening, although they were probably coming to see the dogs rather than me. They cancelled so that left me another solitary evening with only the four dogs, two cats, a glass of carrot wine and the last episode of Game of Thrones for solace. The animals were mostly nuisances, barking at every shadow and, before the supper table was cleared, I found a dog and a cat standing on the kitchen table licking plates! Hang your furry heads in shame Jess and Fred.

Game of Thrones. It was action packed from the start and with a lot left hanging. I watched it 'on eggs' as I'd heard that something really big (bad) was going to happen and I feared for all my favourite characters. Yet they made it or I hope they did. The big ending did not disappoint at all for he was a pious, goody-goody, Belfast-dissing jerk. Sorry Naoise. 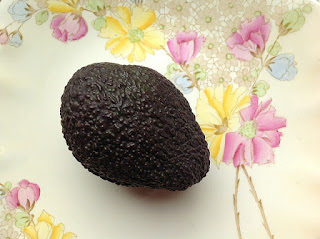 So here I am on Day 4. I'm having an avocado for my lunch and I might bake biscuits.
Posted by Nelly at 12:16 pm

I love when I have the house to my self -- I put music on and dance.

I keep the radio on all the time. I don't always listen to it but I love it when I go in the kitchen and people are having wise discussions on Radio 4. Except when it's The Archers which I treat like a slightly annoying elderly Aunt and just let it witter on.

Oh Mary he was my favourite! I stand by these statement!

'decorated in dirt', That young lady has a way with words! I have to say I am rather fond of an avocado myself!

LOL, All great country homes are "decorated in dirt"!

The avo sounds wonderful. I shall have one for dinner. :)