This was the most beautiful day in balmy Belfast. And I spent the first part of the day in my favourite part of the city, the Botanic Gardens taking in a quick scoot to the museum and a longer one to the Palm House and the Tropical Ravine. 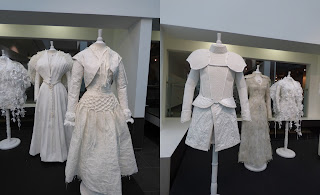 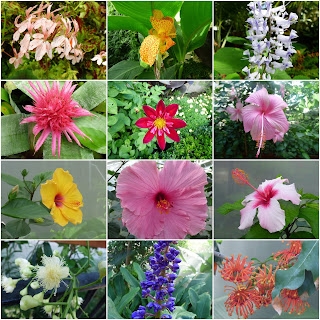 A selection of beautiful blooms seen today in the Botanic Gardens in the Palm House and Tropical Ravine.

But my main reason for today's trip to the city was to see the film Lost Lives at the Queen's Film Theatre which premiered in London yesterday. The book Lost Lives is a memorial to all who died as a result of more than three decades of conflict in Northern Ireland. My own copy is much read and referred to and has often been wept over. I wanted to see this film.

It was harrowing and beautiful, telling the stories of some of the people who died, beginning with Patrick Rooney in 1969. He was nine years old and the first of many children who were killed during the troubles.

I'd never heard of the Orr brothers, Malcolm and Peter, 19 and 20 years old. They were murdered in 1972, shot in the head and dumped on a roadside near the airport. No one knows who killed them except that they were two Protestant boys who had Catholic girlfriends. The grief of their parents as their coffins were removed from their home was terrible to see. There was so much grief portrayed in the film.

And it made me so angry to think that there are people right now who are utterly unconcerned about Ireland, about what we have come through, about our fragile peace.

The filmmakers were definite that every single death recorded in the Lost Lives book should be included. And so at the end, all the names were listed. Beginning in 1969 with 21 deaths, peaking in the first half of the 1970s (my father's brothers Sean and Brendan were murdered in 1974) then gradually declining through the 1980s, 1990s onwards. Yet one of the heart-wrenching names to see was one solitary death in 2019.

I had to compose myself as I left the theatre. And it felt strange to be out in the sunshine again in Belfast, with people going about their business, just like any other city, on any fine afternoon. My edition of Lost Lives records 3697 deaths between 1969 and 2001 and 45% of those occurred in Belfast.
Posted by Nelly at 10:52 pm

Beautifully told Mary. Though I was quite young I remember Sean and Brendan. Too many young lives lost. Our brother Patrick's friend Michael Mallon, comes to mind. Our community was devastated at that time.

I'm going to see this on Wednesday evening. It was shown at the London Film festival when I was away but by sheer chance it is being shown for one night only in venue quite close to where I live.