The Braid And The Broo

London Sister was with us this weekend. When Ava died she and her husband were in Brittany so she was unable to attend the funeral. So, this weekend, she came over to spend time with our brother and to see his family. She also spent some time with me and my family.

On Saturday we met for lunch in Middletown which is a great place to visit. It’s also where Sir Ian McKellen goes for coffee when he is in Ballymena. We were LS, Nelly, Zoe, Martha and Evie. After that, it was another look at the Fiddle and the Fife exhibition at The Braid. 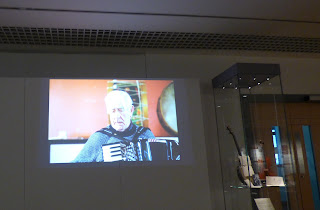 This is Leslie Craig from Cullybackey, a very accomplished accordionist and composer. He stated that his first experience of playing in a session with other musicians was at Byrne's pub on the Antrim line. 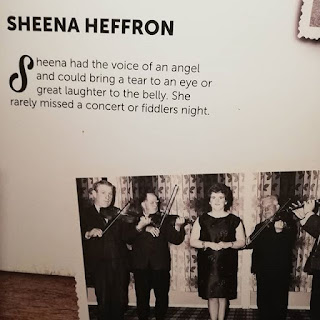 Sheena and Paddy her father (to her right) were my neighbours from home. She was full of love and a true celeb


The photo and words are by Leitrim Sister who visited the Braid a few weeks ago with myself and Ganching. 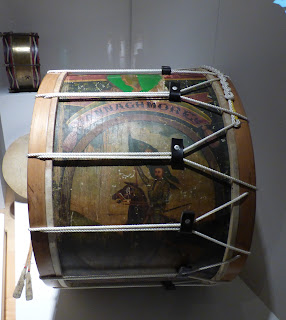 The Tannaghmore connection continued. This Lambeg drum belonged to the Tannaghmore Ancient Order of Hibernians. If it's our Tannaghmore then it must be really ancient as I've never heard of a lodge in the townland. 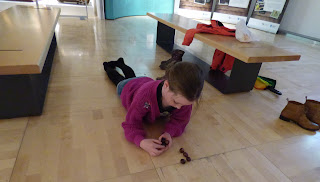 While we were absorbing our local musical history Miss Evie was engrossed in another traditional pastime. Playing with conkers.

On the way home, we passed this building. 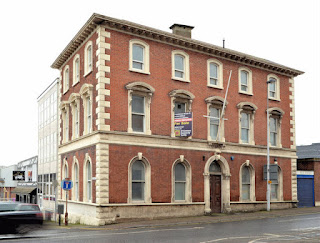 The Crown Buildings on George Street which formerly contained the office of the Unemployment Bureau known locally as the 'broo'. Long queues would form outside and while they waited, people carved graffiti into the soft Bann brickwork. It's still there, not that anyone would notice it unless they took a closer look. Which we did. 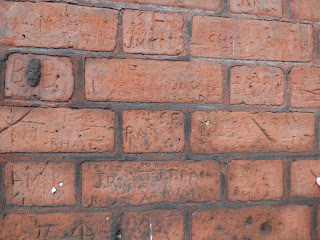 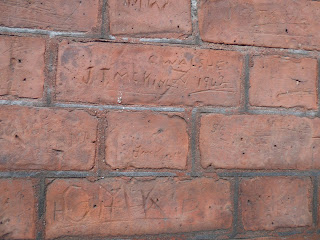 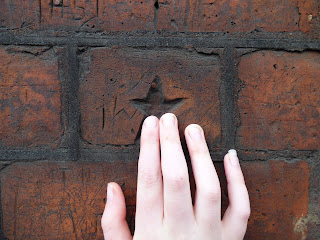 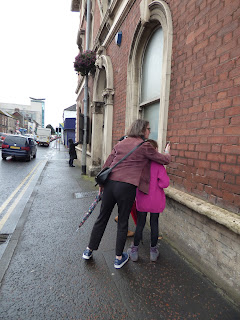 I have a very early memory of a band marching on the Pipe and not being allowed to go and see it.

Was it the Orange?