The Art of Coarse Wine Making

I neglected to make any wine last year. Neither did I update any winemaking records. And I'm usually particular about my records. There was no need, for not only did I fail to start any wines, I completely ignored the 23 gallons of various wines fermenting in a cupboard. No racking, no bubblers changed, nothing done. Forgotten about.

The first thing to do was change the bubblers. They were disgusting, full of dust and dead fruit flies and some were filled with a primordial soup. I'm certain had I left them any longer, new and unpleasant life forms would have emerged from the cupboard. While I was doing this I took tentative tastes of the wine and, surprisingly, most of them were drinkable. 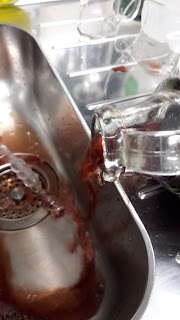 But not this elderberry. Started in November 2017 it tasted unpleasantly musty and looked like watered-down blood. Down the sink it went. 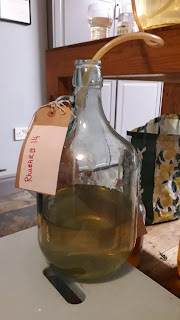 This rhubarb was started in September 2018 and this is the first racking. It is good. I'm drinking a glass of it right now.

So, after a year of neglect, it seems not too disastrous. I intend to give a lot of this wine away. Although anyone who reads this account might not fancy it! Peter and Billy will give it a go. If you see this post guys, I have Beetroot & Berries, Strawberry & Raspberry and the good old Rhubarb 14 waiting here for you. 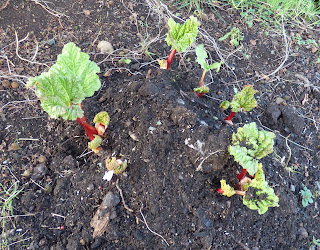