A Day Out In Great Company 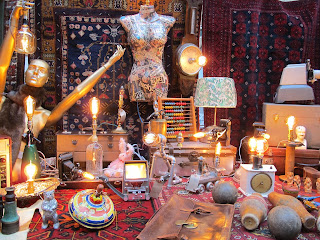 Strange to see the toys we used to play with on an antique stall
Evie and I planned this long-overdue day out last Monday. Big Sis was going school uniform shopping with her Mum so Evie was at a loose end. Our first stop, Evie's choice, was St George's Market. It has been a long time since I was there and apart from masks and hand sanitisers, it was all much as usual. There were the regular interesting stalls but we were only there for the food. Although had I a spare couple of hundred on me, I might have been tempted by a big dramatic painting of a jackdaw.

The next place Evie wanted to visit was Victoria Square because there were 'lots of shops'. It turned out that as far as she was concerned there was only one store she wanted to visit - the dreaded Claire's Accessories. I waited outside the door while she spent a good twenty minutes (I timed her) examining the merchandise. Only one purchase was made - a present for her sister.

The next place she needed to visit was Smiggle which is actually worse than Claire's. Evie looked at everything and then bought one thing, some sort of a puzzle. The moment she got outside she ripped the packaging apart and immediately regretted buying it. That put a damper on things for thirty minutes or so during which time we went to Matchetts to buy Bert some clarinet reeds. Then the next stop was Waterstones, a store we both like. We chose two books each and then had lunch in the cafe. 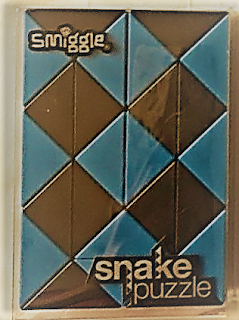 By the time we left the bookshop, Evie had decided she did like her new puzzle
Of all the street musicians we heard in Belfast, Evie said this percussionist was the best. 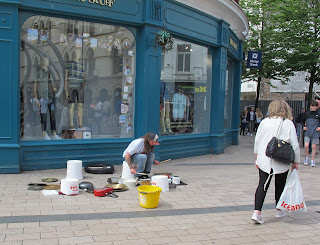 He beat out an impressive rhythm using old plastic buckets, saucepans and other bits and pieces. I suggested to Evie I might buy her some drumsticks and set her loose on the contents of my kitchen cupboards. She seemed to like the idea.
Evie's next port of call was Søstrene Grene but by this time we were hot and tired and as it was getting close to home time, and we took a slow leisurely stroll to the train station. It was more than thirty minutes to departure but we found a cool spot to relax and read our new books. 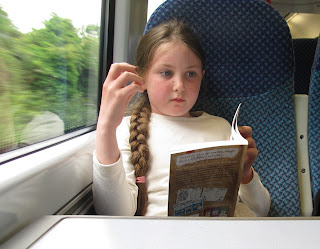 Heading home
Evie got met at the station by Big Sis and I travelled the next stop along and got met by Bert and the dogs, fashionably late as usual. It was a most enjoyable day. 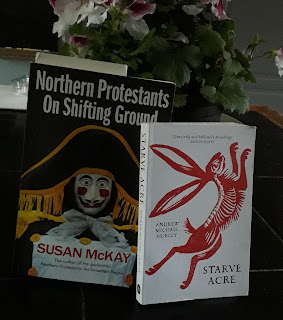 The books I bought
I chose Starve Acre because of this review,
'The best closing line of any novel we have read this year... A strange and unsettling read'
And knew that as soon as Bert picked it up and read that he'd turn straight to the last page. Which he did this morning.