Today we attended Aunt Sadie's funeral in Cargin Chapel. The proper name is the Sacred Heart Church but, like our own wee Tannaghmore Chapel, it is always called Cargin Chapel. It's an interesting site as the old chapel stands beside the new. The old chapel (built 1821) is a listed building and cannot be knocked down. Unfortunately it is in poor repair and cannot be used. The old chapel is where my mother and all her family worshipped when they were young.

It occurred to me today as I sat in the packed chapel that Sadie, who never left her home parish, would have been baptised in that old chapel, made her First Communion there and then her Confirmation. She married in Cargin, had her children baptised there and thus the cycle began again.

I remember Matty telling the story of the September day when war with Germany was declared. It was a Sunday and she and some of her sisters, one of whom might have been Sadie, were coming from Mass. The heavens opened bringing torrential rain, Matty said she had never experienced rain like it. Two elderly women came down their lane through this downpour and announced to the girls that war had been declared. Matty would have been 13, Sadie 15.

It was dry and not too cold in the graveyard today. The last two family funerals were bleak, cold days. I remember when Uncle Desmond was being buried looking at Matty, Sadie and the youngest Clare, standing arm-in-arm, stoic, brave, freezing at his graveside. Aunt Josephine was alive then but too infirm to attend the funeral. She died that same year and now all we have left is Clare.

Sadie's son told me this story of a conversation between his late father and a friend. His friend said,

There's still plenty of us around Pat. We're the old people now. 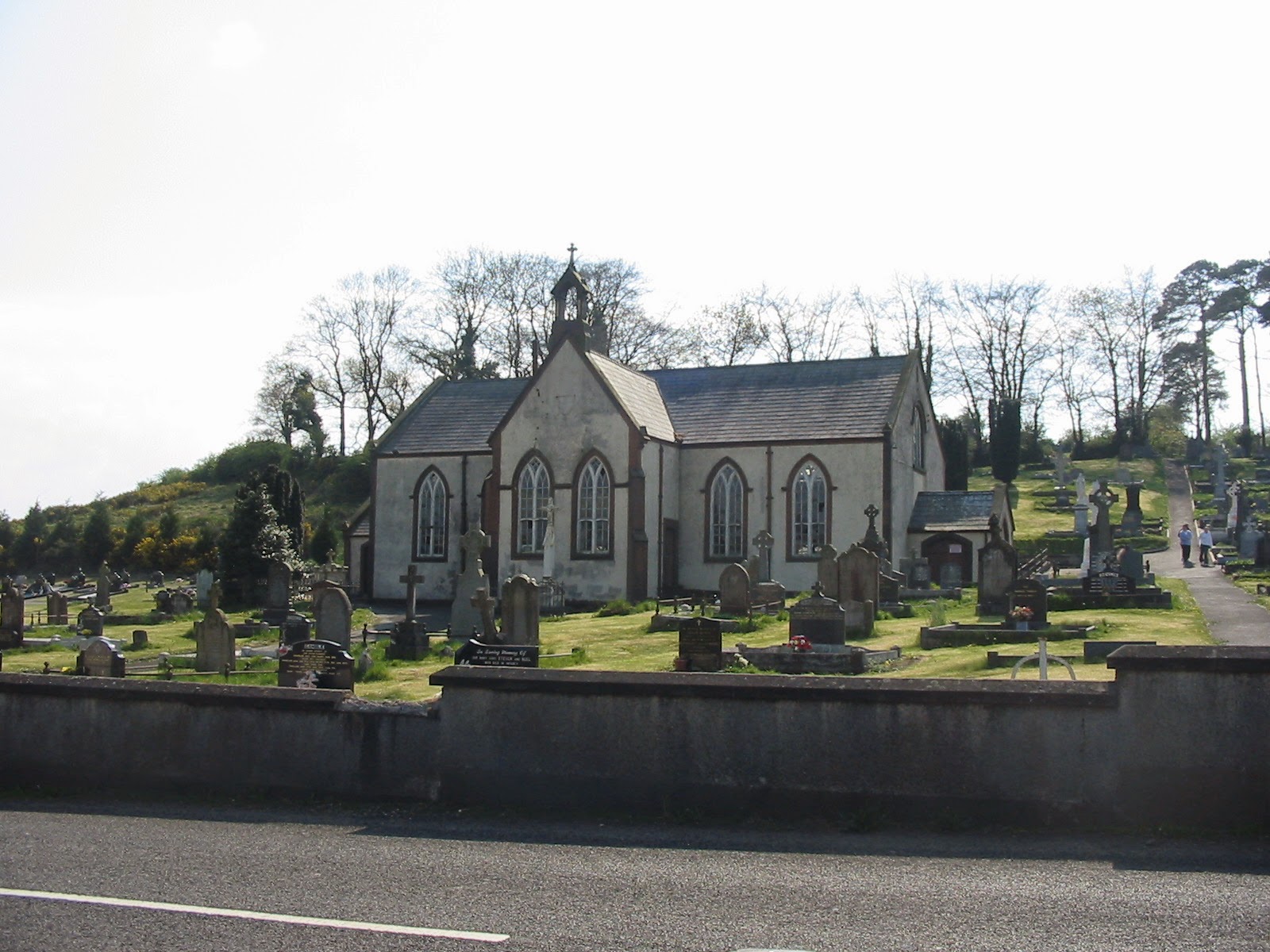 I like that story. I remember when my mother was dying we were gathered in the hospital and taking it in turns to sit by her bed. I looked at each of my brothers and sister in turn and thought how old they were. then I came home and saw my own reflection.... I looked oldest of all!

Glad you had a dry day today, it was dreary and damp here all day.

I had that experience yesterday looking at my cousins, seeing how aged we have all become, older now than our parents were when I look back on our shared childhood. And yet when I do think of how old our parents were, when we cousins played together, they were young things in their late 30s and early 40s and I thought that they were ancient! Oh to be 40 again!

Since I moved back to RB I often see people that I haven't seen in years. They always look so old, then I realize that in most cases I am older than they...