When I opened the door of the chicken house this morning the new hens, all seven of them, flew into my face. It was rather worrying. Now I know how Tippi Hedren felt.

We have Martha and Evie here on a sleepover tonight. We sowed seeds, baked biscuits and watched Puss in Boots. I got them off to bed in good time so Nellybert could watch Poldark. At around the three-quarter mark the two girls trooped into the kitchen and on to my lap as bright as two buttons. And there they stayed until the show was over. Evie remarked that Poldark 'looks like Fergus'. I must remember to tell Auntie Hannah that one. 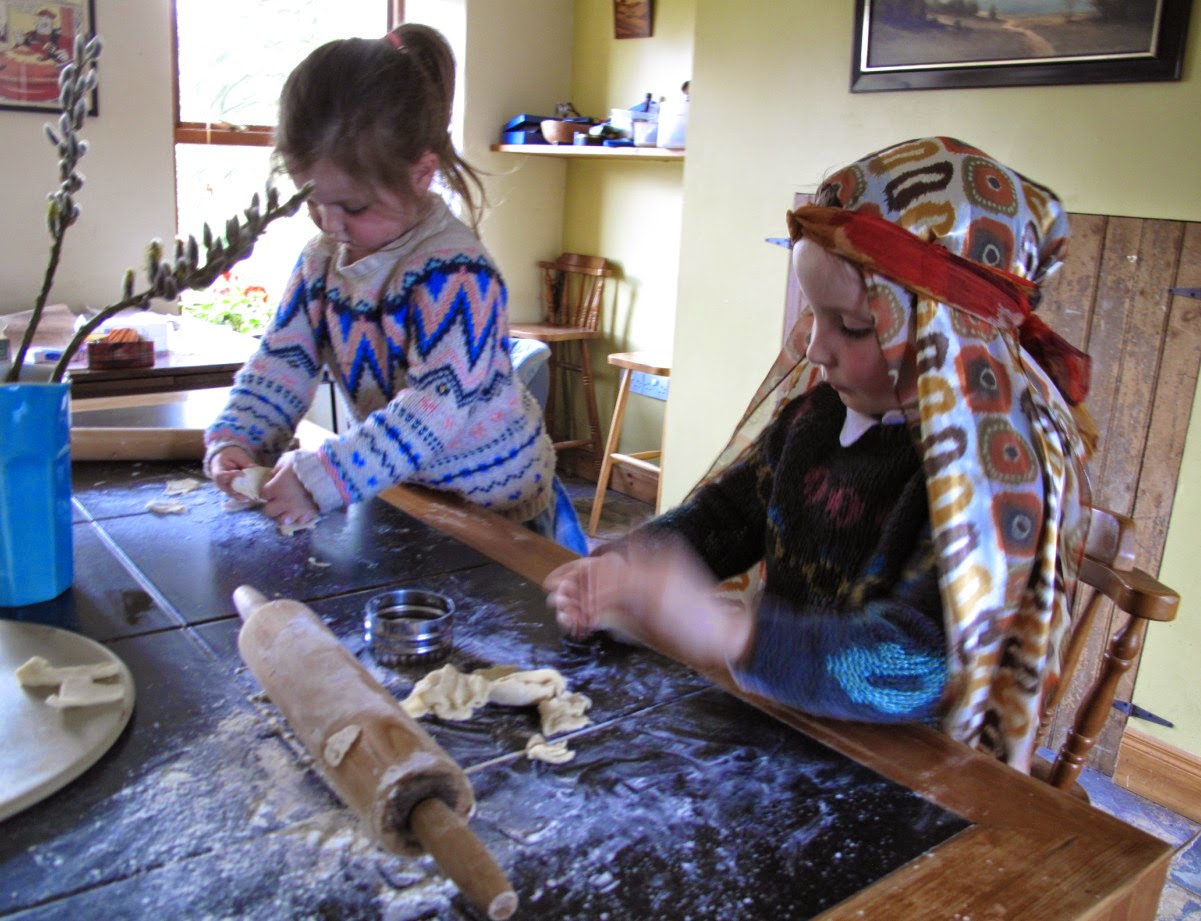 Tonight the 29th most viewed photograph on my Flickr is one that the Kerry Sister took many years ago. 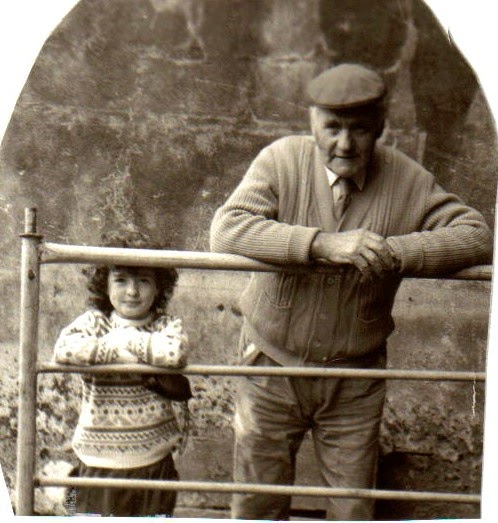 This must have been in an odd-shaped frame at some point. It is one of my favourite photographs of Daddy and has been viewed 615 times. My other favourite picture of him was also a Kerry Sister picture and it hangs upstairs.

The picture of Evie and the stuffed hedgehog has moved to 29th most interesting so I won't use it again. I often wonder how Flickr decides these things.

So, that was my damp Sunday, the first day of Spring, brightened only by grandchildren, Poldark and a lovely phone call from Katy. Tomorrow will also be a rainy day. I'm not sure how I shall spend it apart from grandchildren and making food and poking around my photo archives.

It was rather damp and today Monday the sky is lost behind the grey mass of cloud and rain. Batten down well tonight, It might be kinda windy!

Lovely entry, and marvelous GKids. :)
They decide by how many hits a picture has.

GM - it's pretty windy right now. Hatches battened down.
Mage - thanks. They left this afternoon and I am shattered. But it was worth it!