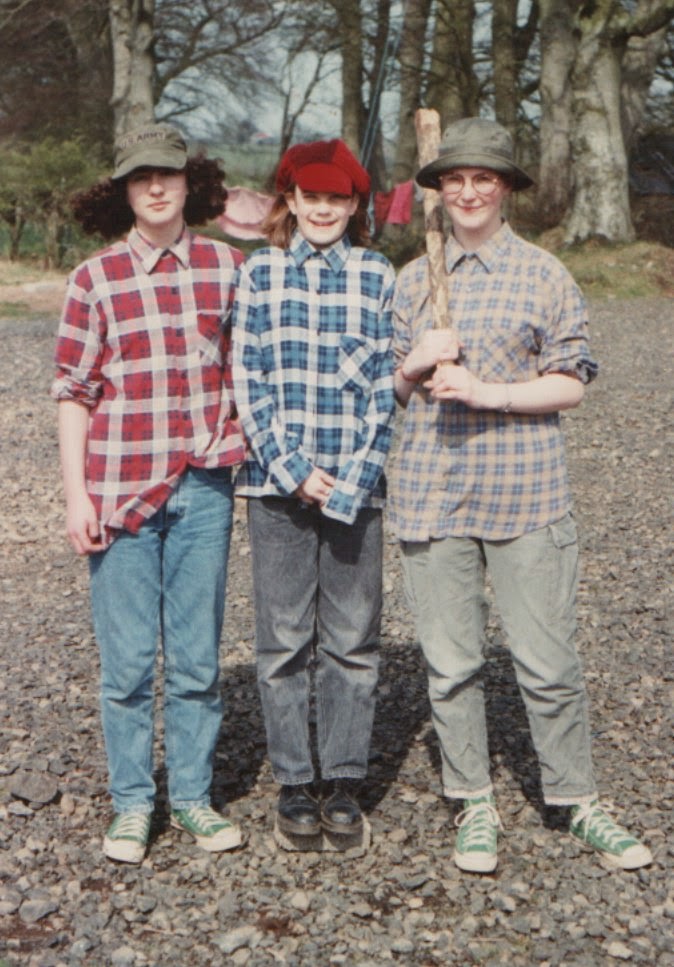 ...and the 30th most interesting photograph on my Flickr account on 30/03/15. That's my three girls in Dreen, perhaps taking a break from a game of rounders. Clint has all those trees cut down now and cattle sheds where they stood. In my uni days I used to walk up the road from the train and look for the first glimpse of the trees and feel so proud that I lived in such a wooded place. Clint said the trees were diseased but what really bothered him was the amounts of leaves that dropped in Autumn. The trees were a delight but, it has to be said, his cattle sheds are very fine too. He cut down the trees and dismantled the dry stone wall that Bert's father built. Said it was 'full of rat's nests'. It wasn't. 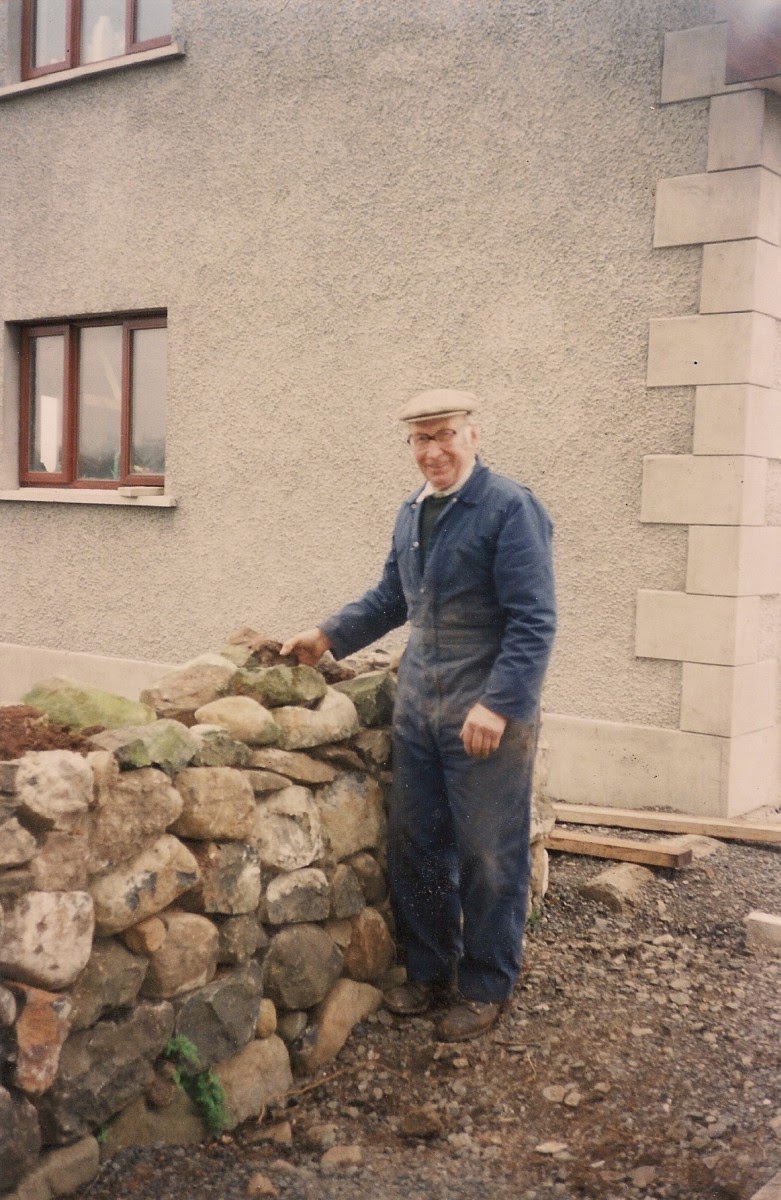 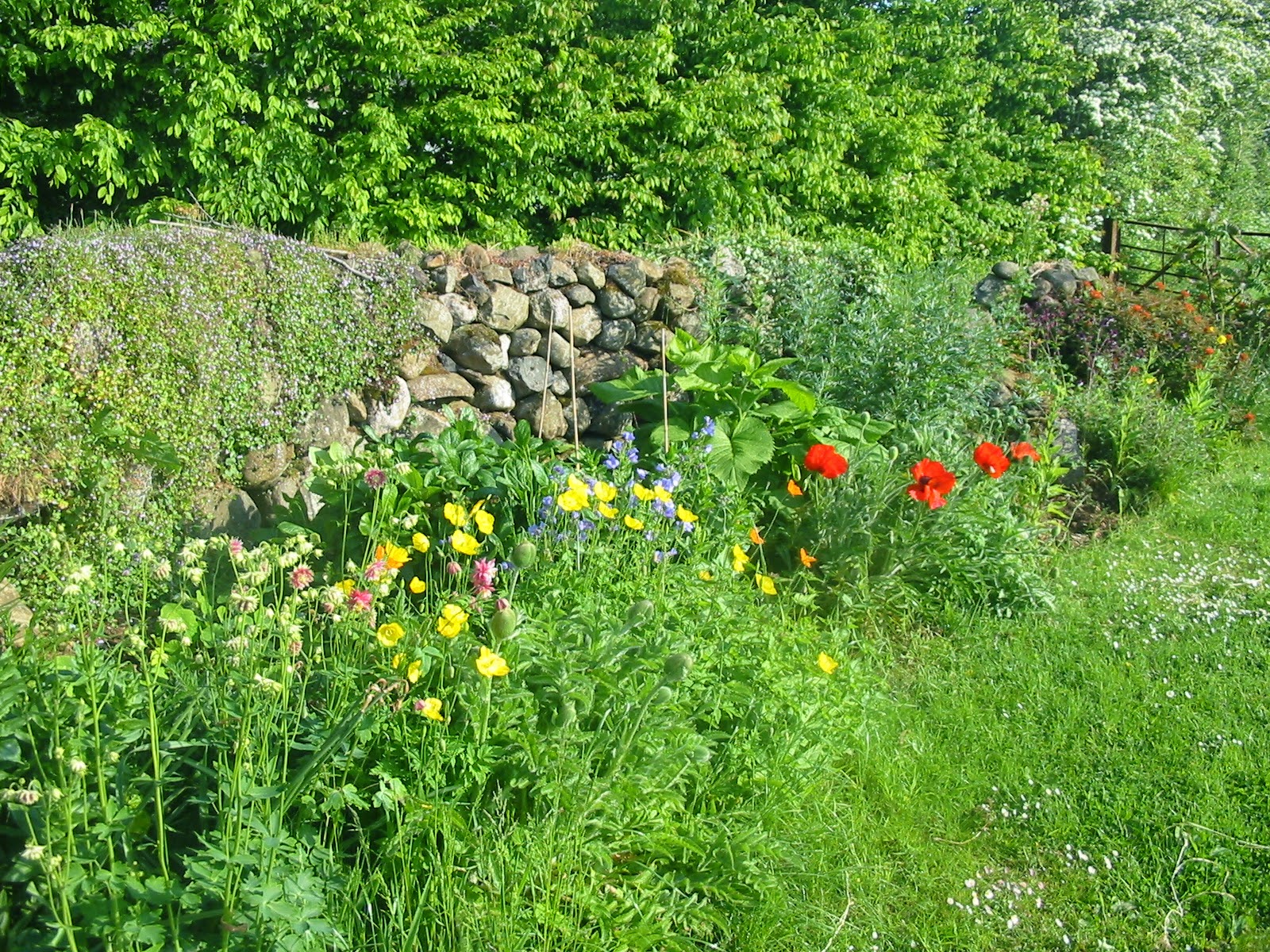 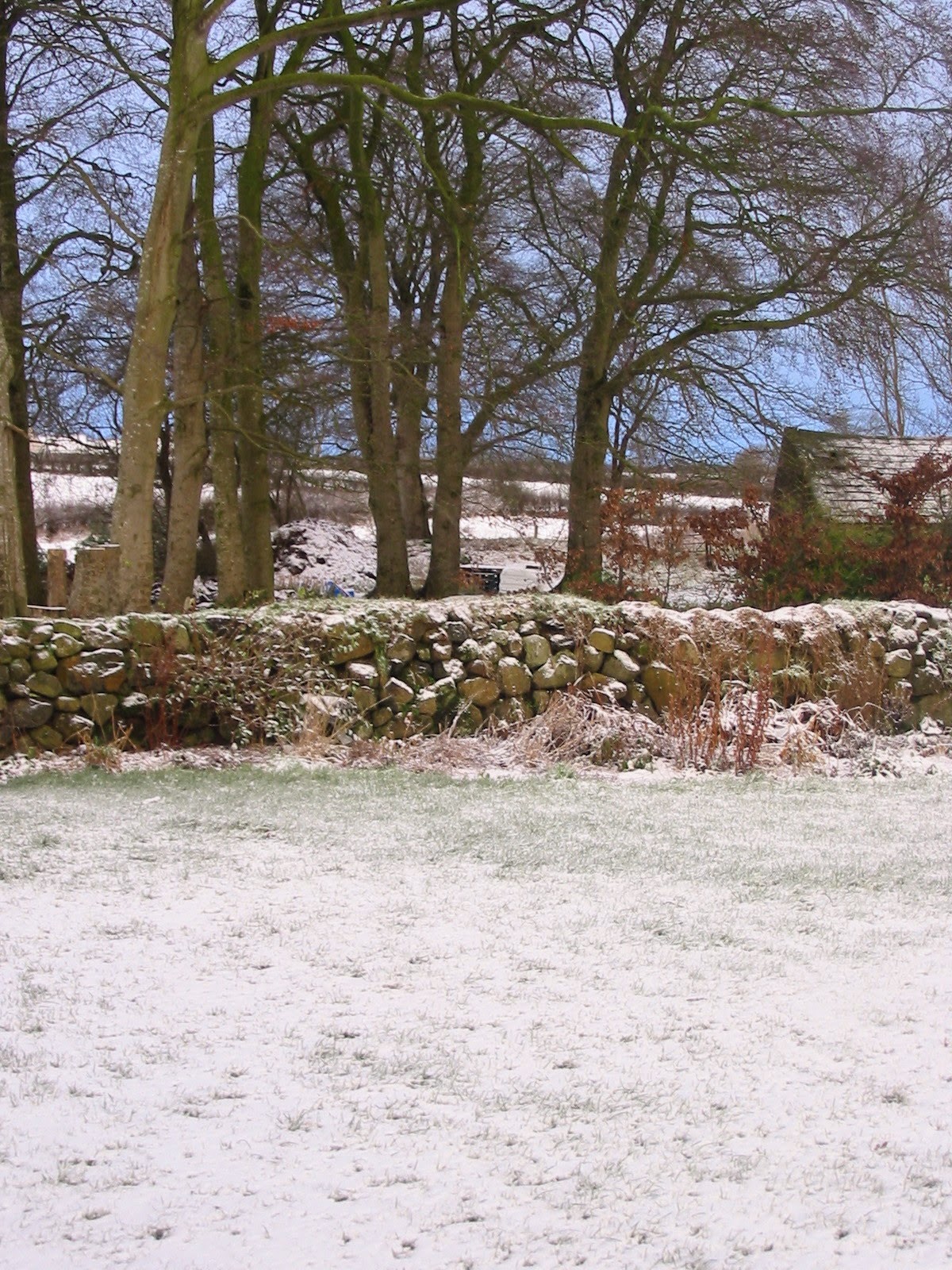 I was so cross with Clint for getting rid of that wall but it's been a long time and I had to let it go. I have the photographs and my memories. 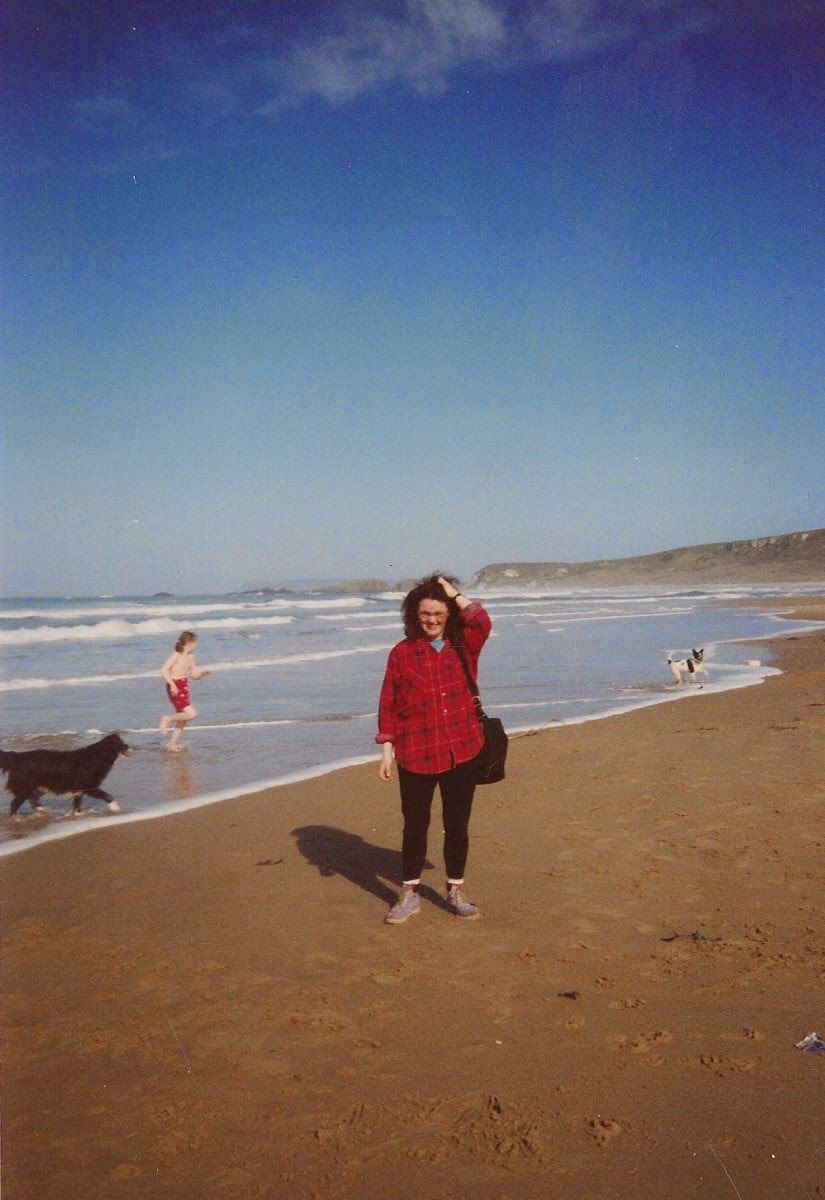 And Finally.  Look! Those girls were only following in their mother's fashion footsteps with that flannel checked shirt look. It wasn't the Seattle grunge scene a-tall.