A Farewell To Holly

Today was a very busy day for this retired lady of leisure with three entries in the diary. In the afternoon I had a dog delivery to make. Ziggy was to be returned to his owner after his regular Monday to Tuesday sleepover. His owner Miss Hannah and I had a coffee date and, as his habit, Ziggy remained in the van and got the hazard lights going to alert all passers by that it would be seriously hazardous to their health if they should attempt to steal his vehicle.

The evening brought the boys to our house for Music Night. I served them home made sausage rolls and chocolate fairy cakes. They particularly enjoyed the fairy cakes.

But, before all this, we had a dog funeral. The Wee Manny's dog was put to sleep last night. Holly was really Mrs The Wee Manny's dog and she was devastated to lose her but Holly had a good long life. She was a black Labrador cross, a rescue dog that they'd got more than a dozen years ago. The Wee brought her round this morning to be buried in our garden. The list is growing. I wrote about our pet cemetery back in 2008. 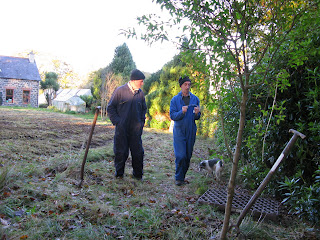 ...dogs we know are buried there are in order of interment:-

Polly: sweetest little Jack Russell cross. Given to Pearlie soon after she was widowed. The girls never forgave us for parting. She only lasted a few months before succumbing to the horror movie that is the Dreen Road.

Molly: Died February 2004, Springer spaniel just arrived in Nellybert's yard. Unknown to us she was riddled with cancer. We kept her six months. I adored her. We spent a fortune at the vet. Eventually had to have her put down.

Danny: Best. Dog. Ever. Nellybert's first beloved pooch. Committed suicide under the wheels of Bert's van sometime in 2004. He was nearly seventeen.

Penny: She was Pearlie's dog. Died on Christmas Eve aged around fourteeen. Her demise marked the beginning of Pearlie's decline.

Chip: Not our dog but Danny's mother. Eighteen when her owners had her put down. They had nowhere to bury her. We had all the room in the world.

Jock: Not our dog either but the beloved pet of the Wee Mannys.

Rosie: Died October 2008. She won't be the last but she was the first to have a dozen or so narcissi planted on her grave.

Hannah's rats - Rocky, Pepe, Polly and Meka. They have their own special plot in front of the green house. It's teeny.

Peppy: Belonged to our friend Rod. She was a frequent visitor to our house. He still stops by her grave. 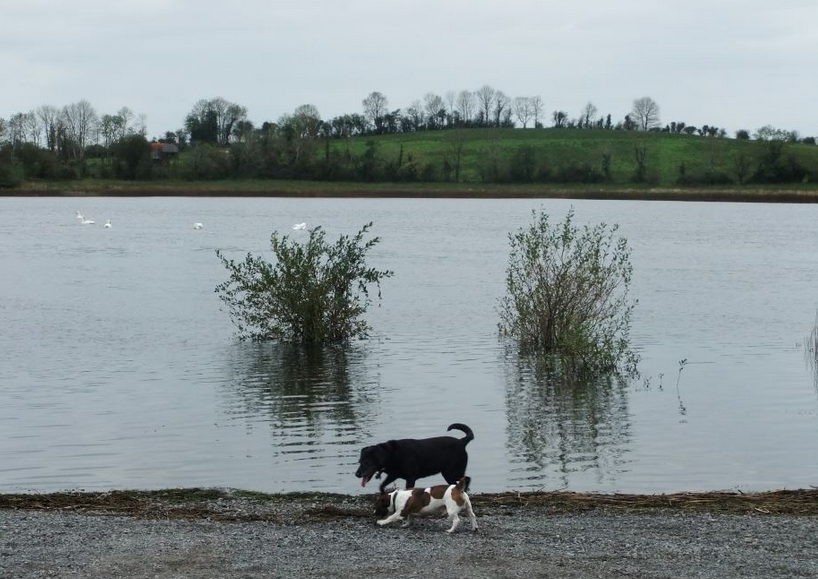 Holly and her companion Rocky.