Bert told me he had a nagging pain in his back so I phoned the surgery to make him an appointment.

How long have you had it?


Why didn’t you say anything before?


I knew you’d only be nagging me to go to the doctor.


Anyway, I phoned the surgery and that is when I found out that they had changed the appointment booking system.

We don’t book appointments any more.


If you leave a number the doctor will phone you back.


I was a little miffed about this. But the doctor did phone Bert within about thirty minutes and offered to see him straight away. Off he went and was away much longer than I expected. When he eventually returned he said the doctor had sent him into Ballymena for an X-ray. All this within a few hours. I thought it was a great improvement on the previous service which would have entailed a week to wait for a GP appointment then a drive to Antrim and a two hour wait for the X-ray.

If the new appointment system is intended to screen out the scores of people who go to the doctor for damn all then I approve.

My old mum was a bit of a hypochondriac and I remember my father saying that every time he drove her to the local surgery,


I wonder if he considered his wife to be one of those old faces but, if he did he never said so.

I’d hate to be as overly concerned with my health as Matty was and I am happy to say that I am definitely not a hypochondriac. Except… except in the wee small hours when every twinge, every ache is the harbinger of some dread disease. And it's getting worse as I get older.

And what of Bert? His results came back. Nothing sinister she said, just an old rib fracture and the effects of chronic smoking. Nothing sinister? That would scare me. It's time he quit that nasty habit. And I’ll cut down on the gin and buns. They give me a sore tum. 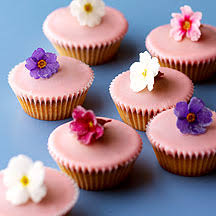 He is lucky, I have been at my doctor three times in the past two months for pain and swelling in my leg and foot. At last sent for an x-ray, now I have to wait three weeks for the result. :(

Glad to hear nothing much wrong with Bert other than contrariness. That system for appointments sounds good.

Joan, sorry to hear that. Mum used to go to Antrim doctors and they were always so busy. I changed her to Kells which was a lot better. But, GP surgeries are far busier than ever they were, these days. Ganching - you know him so well.