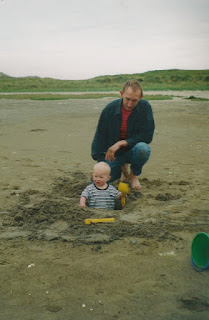 Ben and Bert in Sligo

Bert and I have known Ben all his life, all nineteen and a half years of it. He has been coming to our house since babyhood, sometimes with his family, sometimes just him. We always enjoy having him around. I'd thought a few years back that by now we'd be seeing less of him, that he'd have other places to go and other people to see but it seems that he still likes to hang out with the old codgers now and then. He's here now. The firm he is/was apprenticed to has gone into administration and Ben's at a loose end so he asked if we'd mind if he came over for a few days?

But we never, ever mind.

Tonight is Gypsy Jazz night so Ben and I left the musicians to it and went to my private, secret sitting room to Netflix and chill. We watched Bill Hicks perform his Just A Ride show in London. Ben hadn't come across Bill Hicks before and he was impressed. It struck me that although the cultural references were dated, the ideas that Bill put across were as relevant today, maybe even more so, than they were 25 years ago.

After my big success introducing Ben to Bill, I tried him on a couple of my favourite Woodstock clips. Joe Cocker, he knows Joe's early work, Santana, he thought they all look completely stoned and Country Joe and the Fish - good song. It was that song.

Gypsy Jazz over and done with I hunted him back to Bert because, y'know. The blog.

What a delightful visitor. Especially for so very long.