Maria Goretti and Other Saints

I may have mentioned before that Bert uses me instead of Google so when he recently asked,

Who is Padre Pio?

I wasn't that surprised for Padre Pio is not talked much of among Presbyterians. My brief summary of the life and times of the holy man complete he went on to enquire,

So, who was Maria Goretti then? And Dominic Savio?

What is it that you're reading there? The Sacred Heart Messenger? Catholic Herald?

He held the volume up. 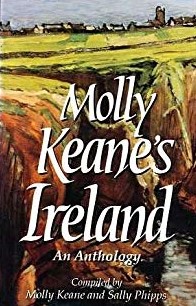 I'll have to add that to my to-read stack.

Anyway, to get back to Bert's early morning question time. I told him.

Actually, I do know quite a bit about Saint Maria Goretti, for we had her holiness rammed down our throats at home and at the convent. She was a great example to be held up for she died for her purity. I remember asking Mammy about what the fellow who killed her wanted to do to her and she wouldn't tell me! So, we're expected to die for our purity when we don't even know what purity is.

As to Dominic Savio, I don't know. But he must be a quare holy fellow because I have a cousin who has Savio for his middle name.

The really tall one.

I googled Dominic Savio and it turned out he was this goody-goody, celebrated for his piety. He was studying to be a priest, got pleurisy and died aged fourteen. I told this to Bert, who said,

Fourteen? That's a bit young to be made a saint. What's all that about?

Later I found myself thinking about Maria Goretti or, to be accurate, a namesake. I did know a girl of that name, a dark-haired girl around my own age. We would have been about fourteen at the time. This Goretti must have had a ship-wrecked Spanish sailor in her ancestry for she was exotic, she was sensuous, and she had the hairiest legs I'd ever seen on a girl. She was also an accomplished Irish dancer. That is when I first noticed the hairiness. We walked home from school together once. Just once, for she was a bit of a loner, held herself apart. On that walk, we passed quite a few men and I was aware that she was having an effect on them. They all looked at her, some of them yearningly. To tell the truth they might not have been fully-fledged men but to me, then, any fellow over seventeen was a man. So, while the men yearned after my companion she walked aloof paying no attention. I think I must have had a crush on her myself.

Of course, all this was projection on my part for who knows what was going on with Goretti. For some reason, I've held on to that memory for over fifty years, the sensuous young girl named after the Italian virgin martyr.

One thing about the trio Bert asked about, Padre Pio, Dominic Savio, Maria Goretti - they were all Italian. The Catholic church never looked too far afield when they sought saints to inspire their flock. I don't know about Padre Pio (mystic) or Dominic Savio (prig) but poor Maria Goretti was the victim of a murderous rapist and instead of recognising that fact, our elders used her experience to keep us girls in line. So, what happened to her murderer? According to Wikipedia, Serenelli, 20 years old at the time of Maria Goretti's death, went to prison for 27 years. He repented and on his release sought the forgiveness of the Goretti family and joined a monastery.

This morning, Bert's question was,