Tonight we are having one of those nights that would be so wonderfully awesome if we were all completely sober and could take credit for the awesomeness of our drunkenness. For a start, there was the amazingness of our delight in the Sicilianess  and the Anarchism of the houseguests who had to retire early because of early starts which left a company who were composed of two passionate advocates of the importance of an Irish Language Act, two who could not care less and one eighteen year old who enjoyed stirring the pot.

Have to say though that I truly appreciate Bert, reared Ulster Protestant, travelled the world, shook that shit off and opened his heart and his home to absolutely everyone. 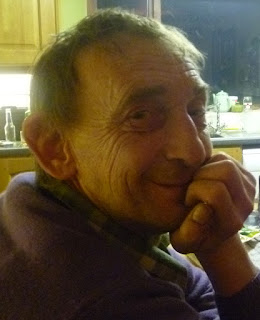 Well, it was but the next day - so tired.