Not For The Chicken-Hearted 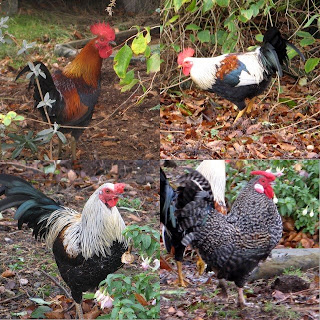 Bert has taken the best part of a year to complete the chicken run and Plum and his (soon to be expanded) harem will be moving in. If the game cocks aren't (A) taken by the fox or (B) don't kill each other and (C) survive to invade Plum's run they will (D) have their necks pulled and (E) get made into broth.

Bert said those game chicks would tear each other apart when they grew. I said,

But they're so pretty!

Chicken keeping is not for the faint hearted.
Posted by Nelly at 10:12 pm