Many years ago, whilst hitching from Antrim to Kerry, I got a lift in a little lorry, the sort of vehicle you'd hardly ever see now. The driver, a little man too, with a smiley, wrinkled face was kind and interesting to talk to. He told me he was 'on the dole'. I wondered then, why he was out driving a lorry.

"The dole isn't bad but sure ye'd need a wee bit of a job as well."

I didn't judge him. All I knew was that I'd have been far too nervous to take the chance.

This other time I was in a courthouse waiting to give evidence on another matter and there was a man up before the magistrate for 'doing the double'. The chief witness against him was another man, employed by the government to go after these benefit cheats. I didn't like the look of the government man at all. He had a seedy, sleekit appearance and seemed ill-tempered. He testified that he had observed the accused leaving his house dressed in work clothes and that he had followed him to a building site whereupon the accused mounted a digger (backhoe) and proceeded to do a day's work without once leaving the machine to drink a cup of tea nor to answer a call of nature. He had photographic evidence of the man on the site digging away with his machine. The accused man's solicitor got up and said that the photographs were of no use at all as the windows of the machine were streaked with dirt and that there was no way that it could be proven that the machine driver was the same person as the accused. The magistrate agreed and the case was dismissed. The government man left the courthouse in a rage while the other fellow strolled out easily. No doubt, if he had been 'doing the double' he was also of the opinion that benefit income was OK as long as there was a little extra coming in. 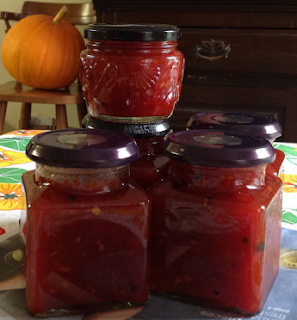 Nice work if you can get it as the saying goes. I don't disapprove for it was so long ago that it is practically history. Benefit cheats are far more frowned upon nowadays than in the past. 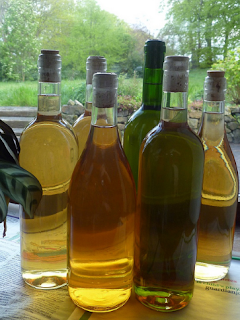 Yet, if money is tight there is another way of making life more enjoyable and so far it is perfectly legal. Nellybert would be very keen on an informal exchange system. We still buy and sell but often with friends we barter goods and services. Bert helps Clint on the farm, Clint returns the favour. I give a chap eggs, he gives us home made cakes and jam. Someone gives me an unwanted food mixer, he gets a jar of chilli jam. Before Christmas, we exchanged a leather sofa for a tree. Sometimes it balances out, sometimes it doesn't and that doesn't seem to matter.  We got a vintage camper van on Sunday (needs some work) in exchange for a bottle of white currant and raspberry wine and half a dozen banty eggs. Who needs government benefits with friends like that? 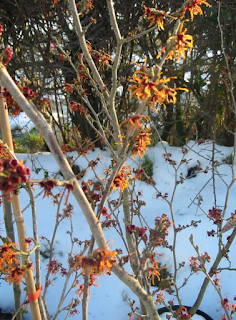